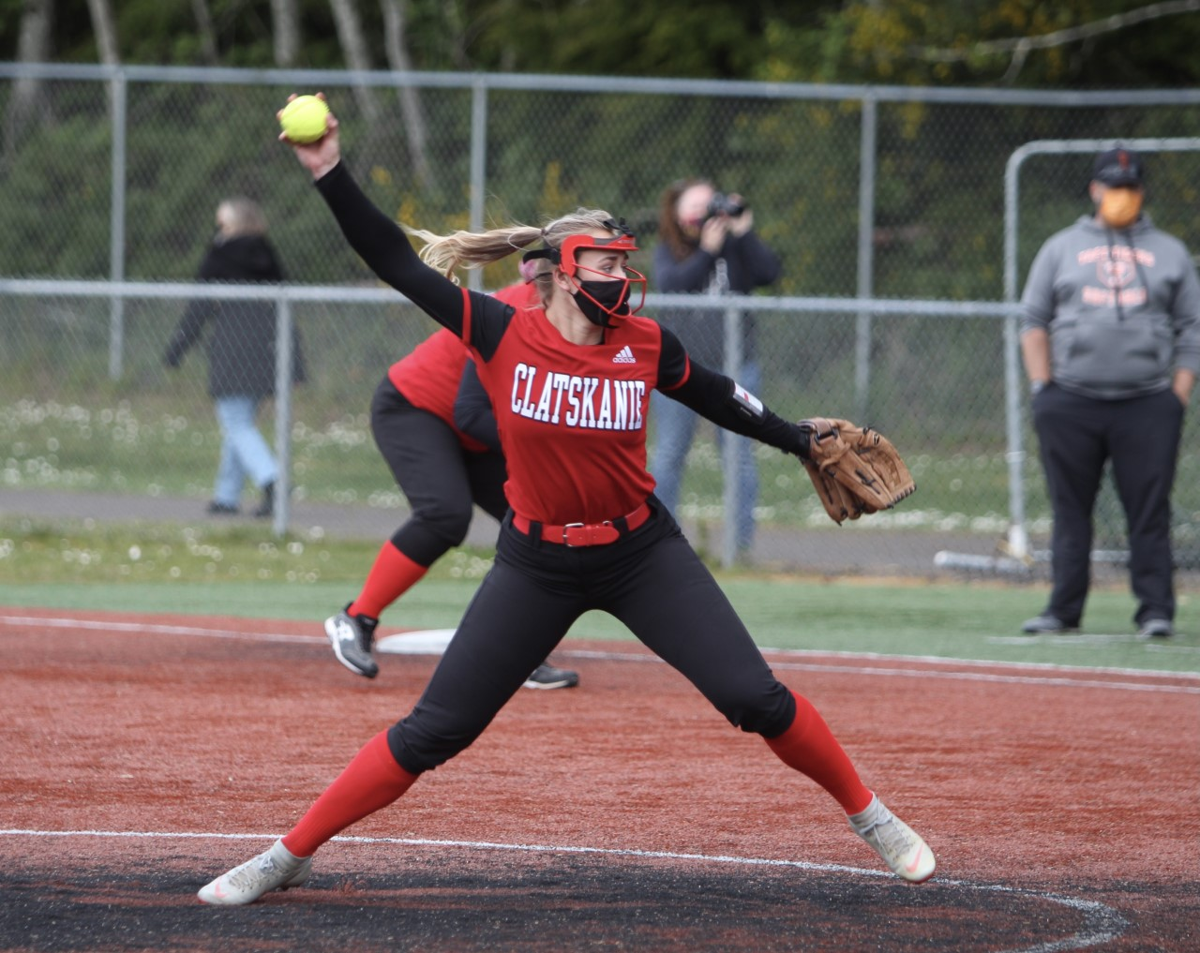 Aggressive and effective pitching led to Claskanie beating Taft in a doubleheader Wednesday. Clatskanie demonstrates its fielding strengths during the doubleheader against Taft. 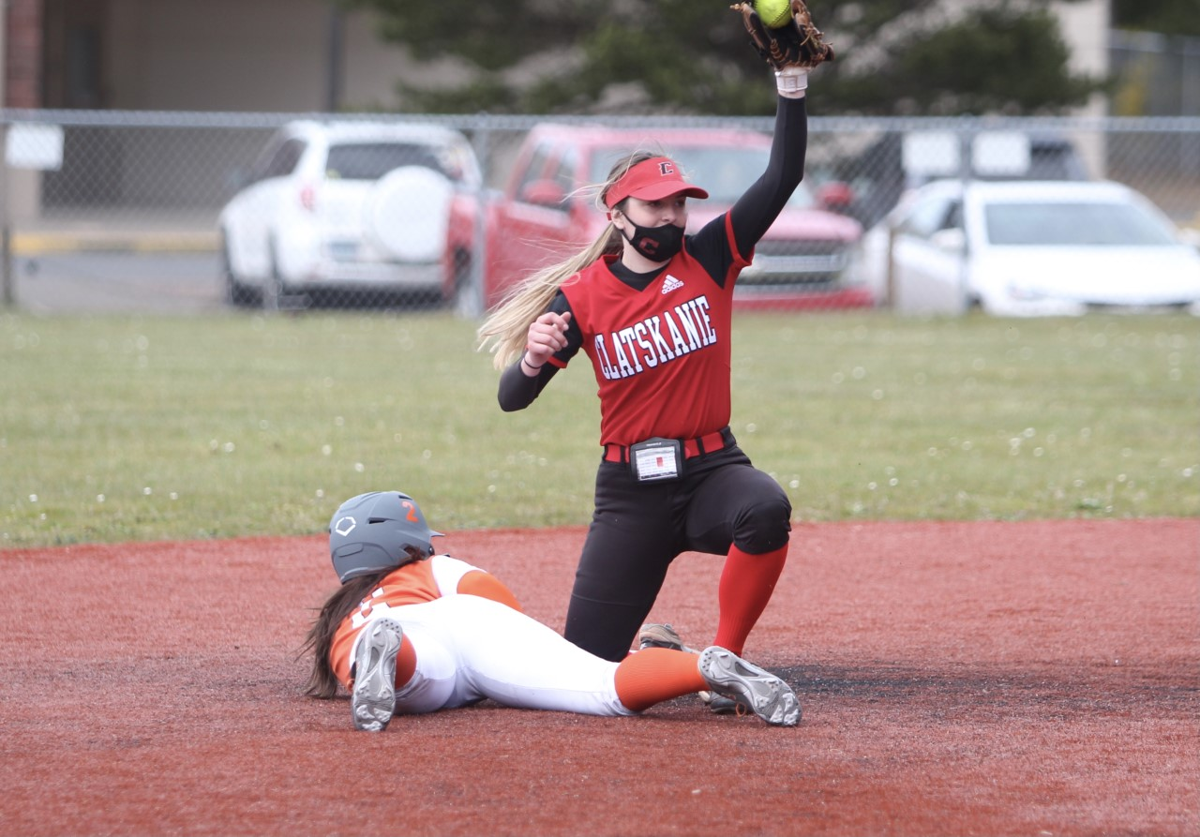 Play at the plate. 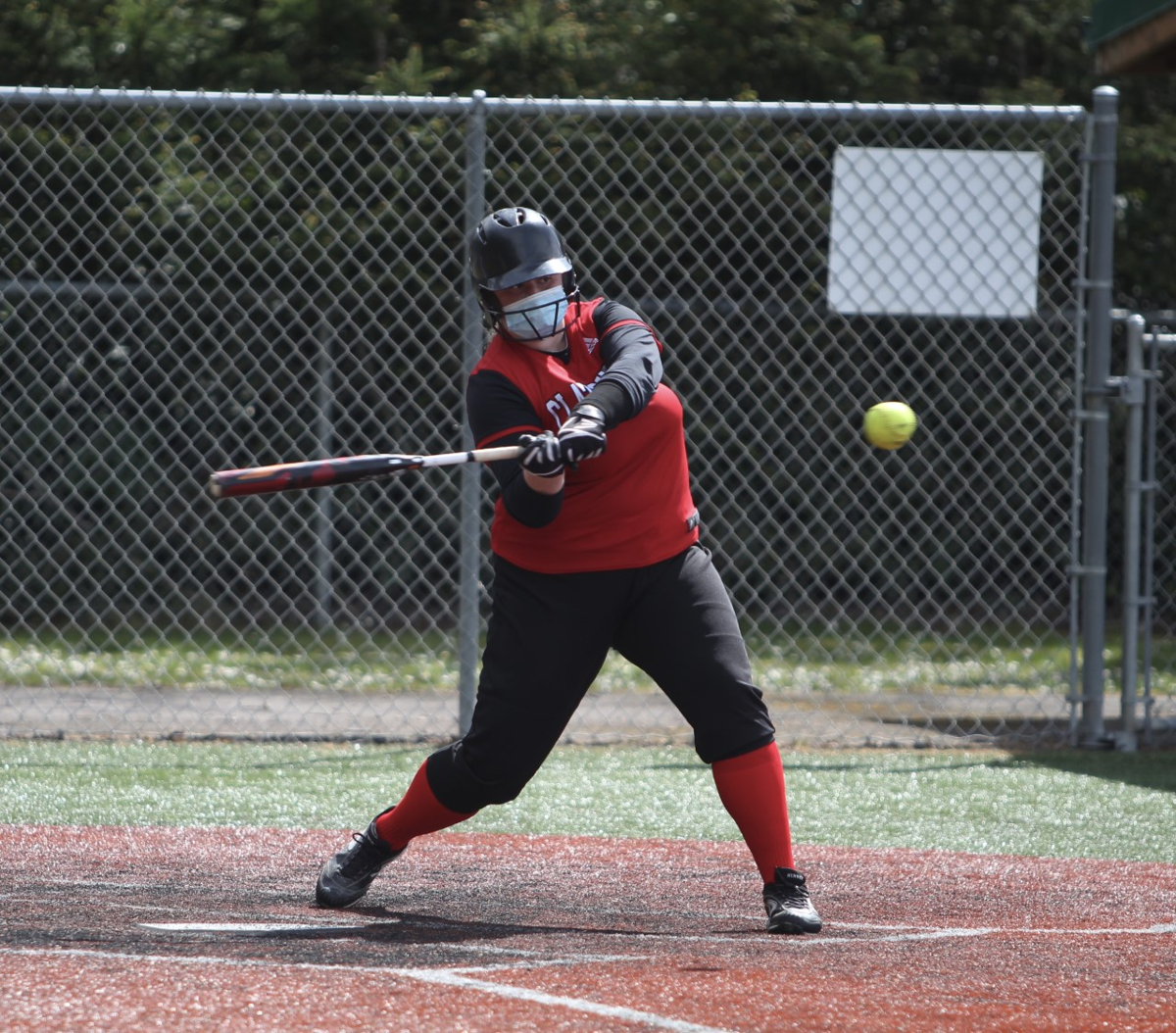 CMHS’s team traveled to Lincoln City to face Taft High School in a doubleheader, Wednesday, April 28. Clatskanie won both games, 8-3 and 14-6 respectively. Clatskanie is still a perfect 7-0 this season after the victories.

The Friday, April 30 contest against Taft has been cancelled due to the county’s Extreme High listing in the state’s health and safety pandemic classifications. Future games were still pending at press time.

In the following conversation, The Chief spoke with CHMH Head Coach Kevin Sprague as the shortened season began.

The Chief: As you prepare for the new season, how do you plan to help guide the players and what are you telling them to expect with the abbreviated season due to the pandemic?

Kevin Sprague: The kids have been dealing with COVID protocols in their everyday lives and previous season, so it shouldn’t be anything new for softball, we are just glad to get the chance to get them on the field even in the abbreviated form that we have.

The Chief: From your insight right now, what do you hope would be the strengths of the team and what do you see as the weaknesses?

Sprague: We have a good core of five veterans returning from our championship team and we have some new young players ready to show what they can do. It’s been almost two years since we have played a softball game as a team so we will depend on the veterans to help get the new kids up to speed. Weaknesses would be effectively filling some spots with young players new to us and doing it pretty quickly.

The Chief: What teams would you expect the most challenges from this season, and why?

Sprague: Well it’s hard to say what impact COVID has had on teams, we ourselves have a player who opted to graduate early and not play so other teams may have similar situations. In our league Rainier is always well coached and Taft has been really good for sometime, so I would expect them to be very competitive. Willamina had some good young players a few years back that should be older and ready to go. Warrenton is another team that is well coached and with a couple years to grow they could surprise, every 3A team is one new freshmen class from being really good.

The Chief: Looks like a pretty aggressive schedule, nine games on the list the athletic director sent us. What will be the key training that you’ll stress at practices and why?

Sprague: As fast as training/practice goes, nothing has changed. Fundamentals dominate, the team that does the basics better and more consistent than the others usually wins. Don’t walk batters, make the basic play and then hit one or two out of the yard usually will do it.

The Chief: Feel free to add any other comments you might have.

Sprague: We are looking forward to getting going and putting the disappointment of not playing last season behind us.