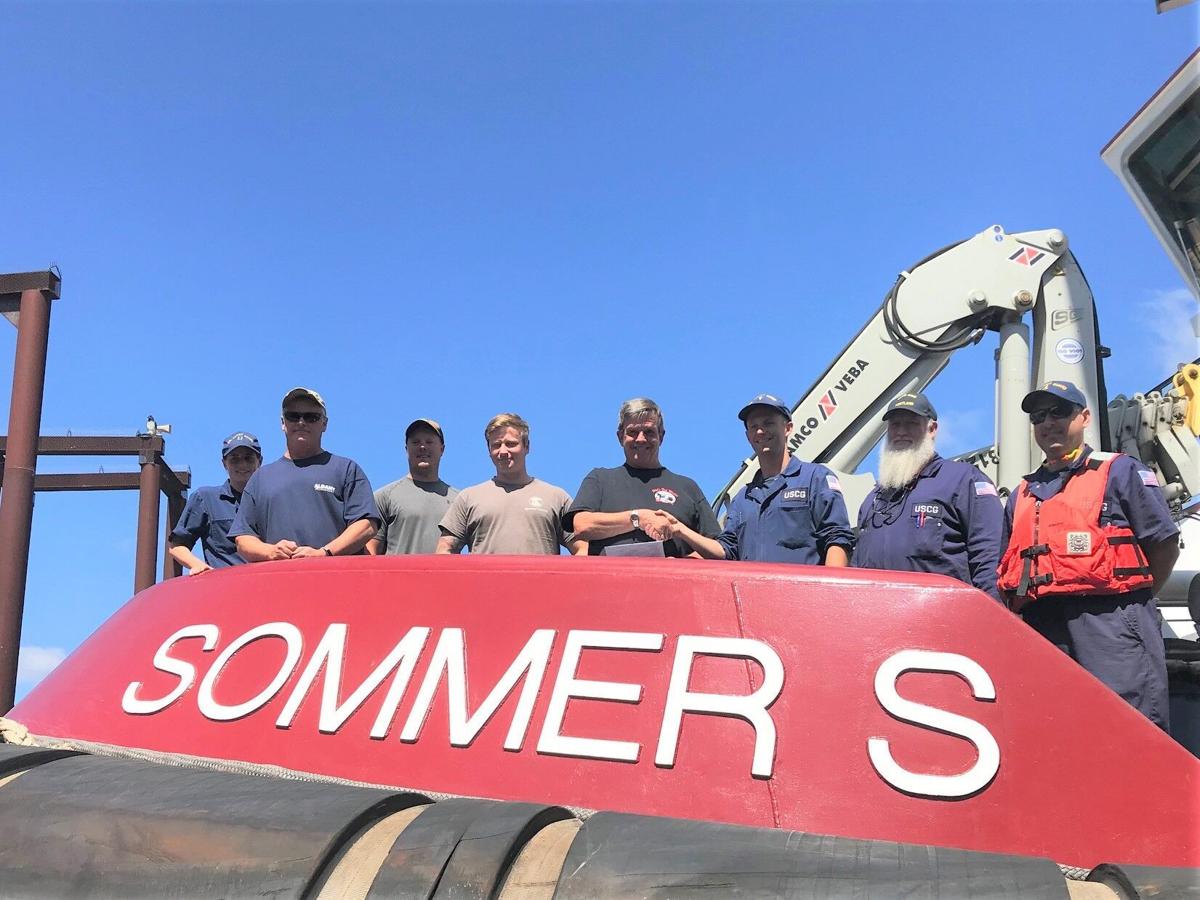 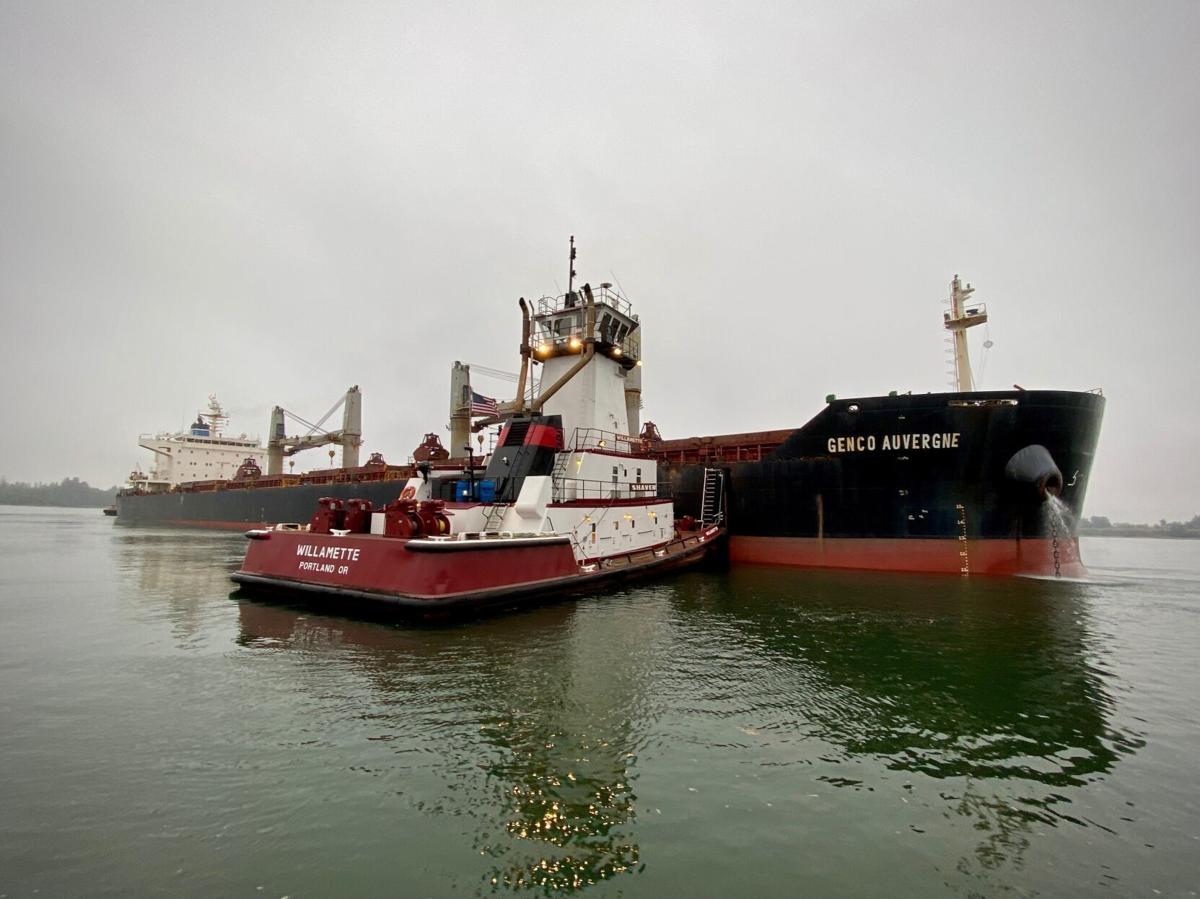 The Willamette pushing on the Genco Auvergne after the ship grounded in Skamokawa. 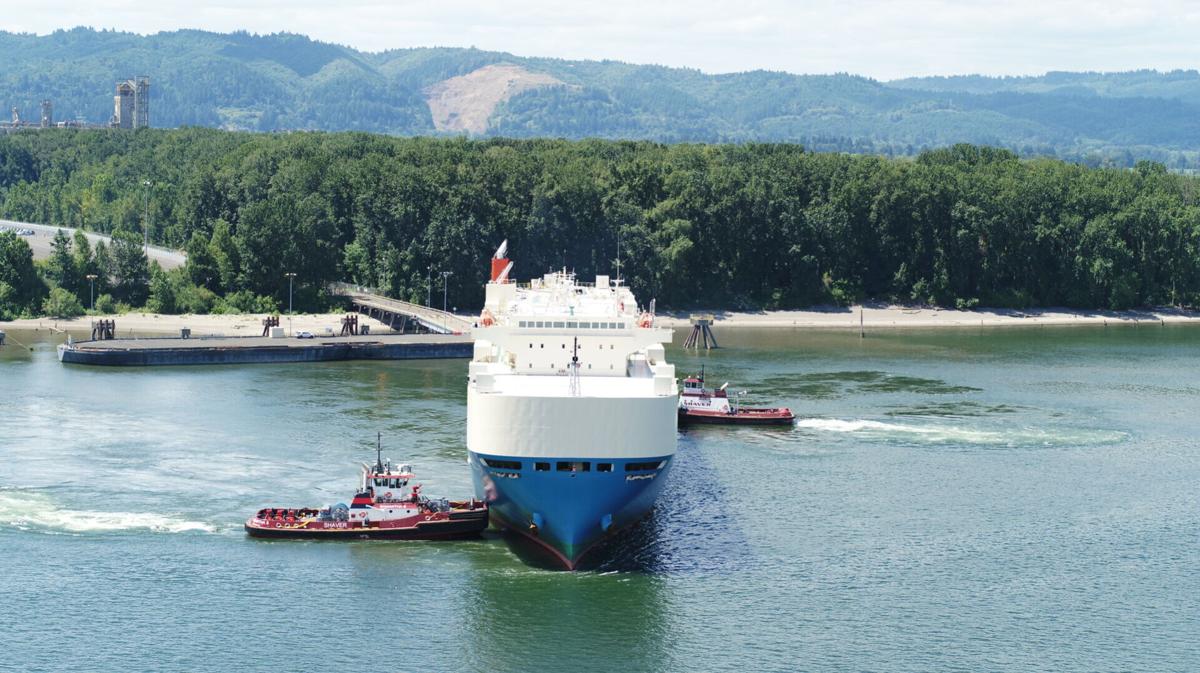 Shaver tugs Samantha S and Portland assisting a vessel out of berth in Portland.

One of the many maritime businesses associated with the U.S. Coast Guard is the Shaver Transportation Company based in Portland.

Shaver has grown into a regional tug and barge company with a fleet of fifteen tugs and twenty barges. Shaver is the oldest continuously operating family-owned tugboat company on the west coast. The company focuses efforts on three lines of business: ship assist, grain and  commodity transportation and harbor/marine services, according to the company’s website.

In the following conversation we gain insight into Shaver’s connection with the Coast Guard, from company representative Mary Morgan.

The Chronicle-The Chief: How has your company successfully partnered with the Coast Guard and what have been the benefits of such a partnership?

Mary Morgan: Shaver Transportation is proud to work with the Coast Guard on a range of operational, safety, and environmental issues. Shaver Transportation routinely partners with the Coast Guard, Oregon Maritime Pilots, and response agencies during vessel emergencies on the Columbia River. As one of two companies with ship assist capable tugs, Shaver is ready to respond to ship groundings and mechanical failures.

In one case, Shaver and the Coast Guard jointly responded to the grounding of a fully loaded 600-foot bulk carrier in the Columbia River near Skamokawa Park. Shaver towing vessels kept the ship in a safe location while Coast Guard Marine Inspectors worked with the foreign crew to address issues with the ship’s machinery. The quick response from both Shaver and the Coast Guard prevented environmental damage and allowed for the continued flow of ship traffic through the river.

Beginning in 2018, towing vessels were required to obtain Certificates of Inspection. The Certificate signifies that a vessel meets the construction standards, safety rules, manning and readiness required by law. Shaver has been working with Marine Inspectors from Coast Guard Marine Safety Unit Portland to meet these standards. While rigorous, the new regulations and presence of Coast Guard inspectors on Shaver’s boats has furthered our readiness and safety culture.

The Chronicle-The Chief: What have been challenges your company has encountered in which your company received assistance from the Coast Guard to overcome those challenges?

Morgan: Since its founding in 1880, Shaver Transportation has grown substantially both in physical equipment and the size of its workforce. One of the challenges Shaver faces is recruiting and training crew members, first as deck hands and later as Captains. New employees may have never worked on a boat before but have aspirations to be tow boat Captains on the Columbia River. As crew members progress in their training, they need to study and test for U.S. Coast Guard Merchant Mariner Credentials in order to be Captains. This is a long process with many steps along the way that can be challenging for Shaver and the crew member to manage.

The Coast Guard Regional Exam Center in Portland has worked with Shaver every step of the way and helped us develop processes to move crew members along in the progression to allow their careers to advance. Together, Shaver and the Coast Guard’s efforts result in highly trained and competent vessel Captains with the skills and know-how to navigate the Columbia, Snake, and Willamette Rivers.

The Chronicle-The Chief: Overall, from your insight, what would you want the public to know about having the Coast Guard involved in our region?

Morgan: The Coast Guard is involved in every aspect of maritime commerce on the river system from overseeing repair and construction of commercial vessels to maintaining aids to navigation critical to maritime traffic to responding to emergencies. The Columbia and Snake River system supports 56 million tons of foreign trade valued at over $21 billion a year annually. The Coast Guard and the maritime industry work hand in hand to ensure that safe and efficient commerce can continue for decades to come.