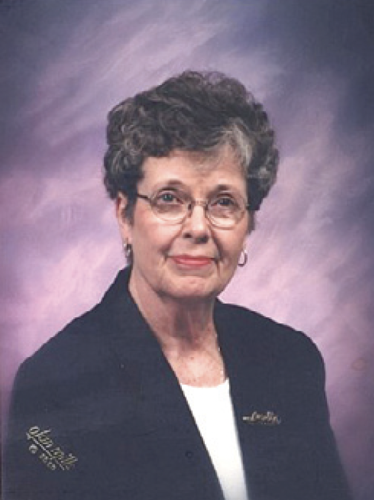 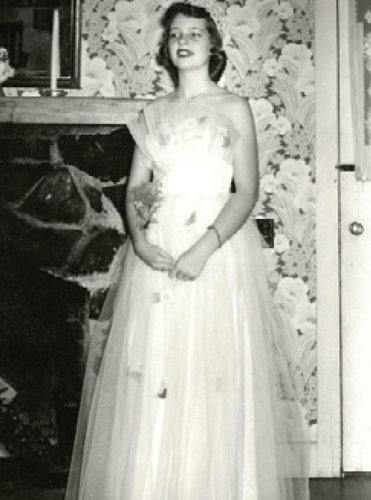 Dorothy Anne Baisley was born on Jan. 24, 1937 in Astoria, Oregon, and peacefully departed this life on Oct. 11, 2022 in Salem, Oregon with her oldest daughter, Janie, by her side holding her hand.

She is preceded in death by her parents, Martin and Emma Baisley; husband Bill Mathews; sister Mary Jones; and brother Donald Baisley.

Our mom, Dorothy, was born an hour and twenty minutes before her twin brother, Donald, and jokingly referred to it as the most important hour and twenty minutes of her life. In addition to Dorothy and Donald, in 1945 Emma and Martin Baisley welcomed their daughter Mary, the baby of the family. The Baisleys made their home in Taylorville, Oregon, where Dorothy attended school in Westport and later Clatskanie High School, graduating in 1954.

Queen of Junior Prom, she developed a lifelong group of friends, including Julie Mathews, who introduced Dorothy to her handsome older brother, Bill. Both claimed it was love at first sight, as indeed it was a love destined to last a lifetime. Bill and Dorothy were married on Aug. 23, 1954 and made their home in Clatskanie where they welcomed their firstborn, Jeffrey, in December 1955.

After a move to the territory of Hawaii for Bill’s work, the family grew to four with the birth of their daughter, Janie, in June of 1959. Bill’s work then led them to Seattle, where they added their youngest daughter, Jennifer, in September of 1965. While successive moves would lead them to Vancouver, Washington, Fortuna, California, Fremont, California and Moore, Oklahoma, they frequently visited friends and family in the Pacific Northwest and eventually made Vancouver, Washington their home in their later years.

Mom was a natural homemaker who took pride in every facet of being a wife and mother, often recruiting us kids to help to clean the house. She enjoyed sewing, cooking, decorating, and keeping a welcoming home. But her real love was entertaining. Dorothy’s parties were epic events known for great food, music, wine, and most of all, laughter. Holidays called for good china neatly set on a dining table extended with extra leaves and card tables at each end so everyone could join the feast and before dinner toast. Dorothy was a master card player, a strike bowler, an accomplished organist, a devoted member of the Congregational Church choir. Sunday school teacher, Cub scout leader, Brownie and Girl Scout leader, 4 H club leader, Newcomers Club member and a valued election board volunteer.

A born leader, Dorothy could walk into a new PTA meeting and be elected president, though she claimed it was only because she was tall. Later those leadership qualities were revealed in service to those she loved, her husband; parents; friends; and family. When Bill suffered a stroke in 1985, Dorothy became his primary caregiver, helping him enjoy a comfortable, productive life despite multiple serious health issues. When her parents could no longer live on their own, she welcomed them into her home, and when they needed skilled nursing care, she took a job at the nursing home where they lived so she could see them every day.

Her brother Don called her Saint Dorothy, and he had it right. Those years were challenging for Mom, but she always insisted it was a blessing to care for those she loved. After her parents and Bill were gone, Dorothy reconnected with an old family friend, Vince Bowman, with whom she shared several good years of friendship and travel, making new memories while reminiscing about those they loved. When Vince’s health began to fail in 2015, Dorothy moved to Salem, Oregon to be closer to her oldest daughter, Janie. Mom was still able to travel for a few more years and spent every holiday and nearly every weekend with Janie and her dear husband, Tom, who both earned their own sainthood medals helping Mom as her health declined.

Mom was always gracious with her frequent visitors, even as her memory faded. After she passed, nurses came by to share tears and hugs and tell us how much they missed her. They described her as classy, warm, and lovely. We heartily agree. Saying goodbye is never easy. We loved you, Mom-ma. We’re glad you’re at peace with Dad and everyone who’s gone before you. We know how much you loved Dad, how much you loved us kids, and all your family and friends. We can’t wait to see you again at the great family table in Heaven that awaits us all. Maybe this time we can skip the Lutefisk? Love, Jeff, Janie, and Jennifer

Will you be celebrating the holiday with a real Christmas tree or with an artificial tree?