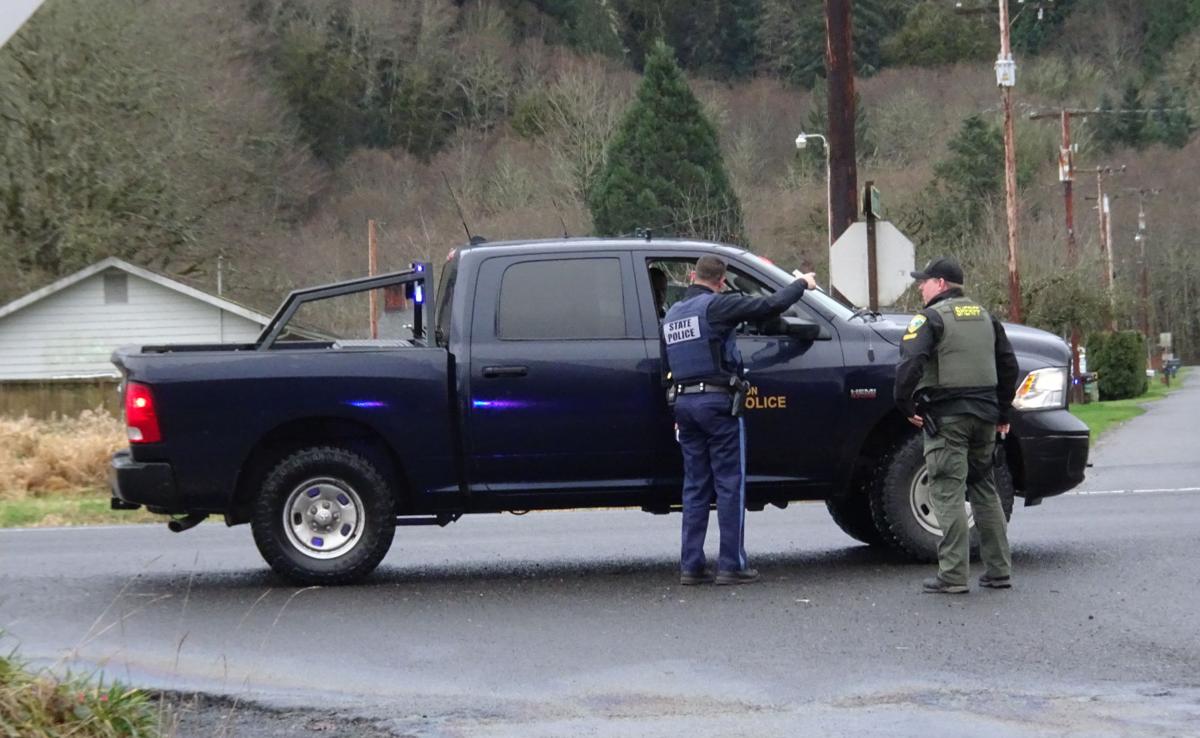 OSP troopers and Columbia County Sheriff’s deputies coordinated the search for the suspect at the intersection of Highway 30 and Marshland Road. 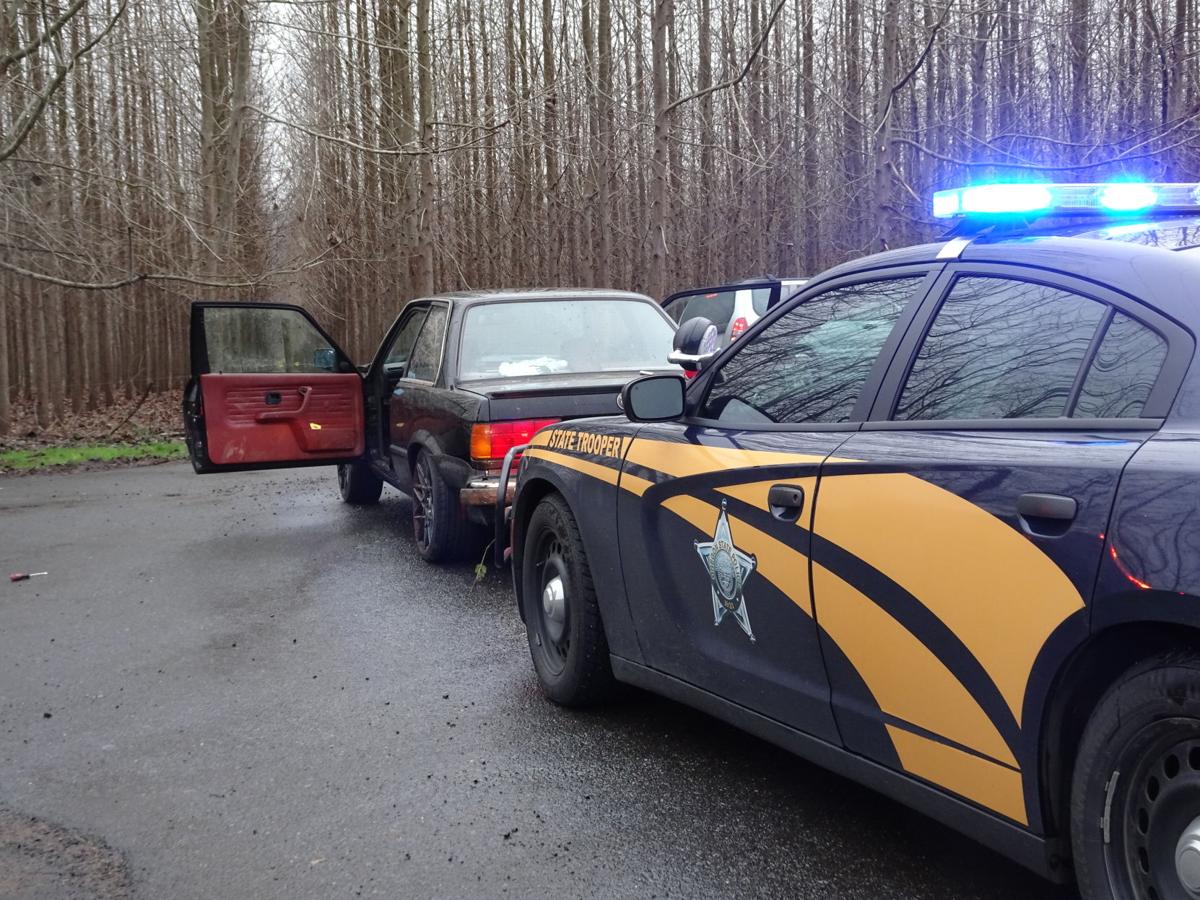 Investigators said the dark sedan in front of this OSP patrol car is the stolen vehicle.

According to OSP, troopers attempted to stop a black BMW for visible emissions on Highway 30 near milepost 65. The black BMW failed to yield and then stopped on Marshland Road, just east o Highway 30. The driver immediately fled on foot. OSP troopers and the Columbia County Sheriff’s deputies established a perimeter and deployed a K9 during the search. The suspect was not located.

During the search, information was obtained from a neighbor that the possible suspect was hiding on the property of a vacant home owner. As the troopers and deputies searched the area with a K9, they located an individual who was detained and questioned. It was determined that the individual was not the suspect involved with the stolen vehicle, but he was a known violator of fish and wildlife laws. According to OSP, the man, identified by officers as Brent Burrows, 40, of Westport, was unlawfully hunting and cited for the offense. A shotgun was seized as evidence.

The vehicle was determined to be stolen and later towed to Grumpy’s Towing. The vehicle’s registered owner was notified.

As of Thursday morning, Jan. 9, the suspect remained at large. No other details about the suspect were released by authorities.