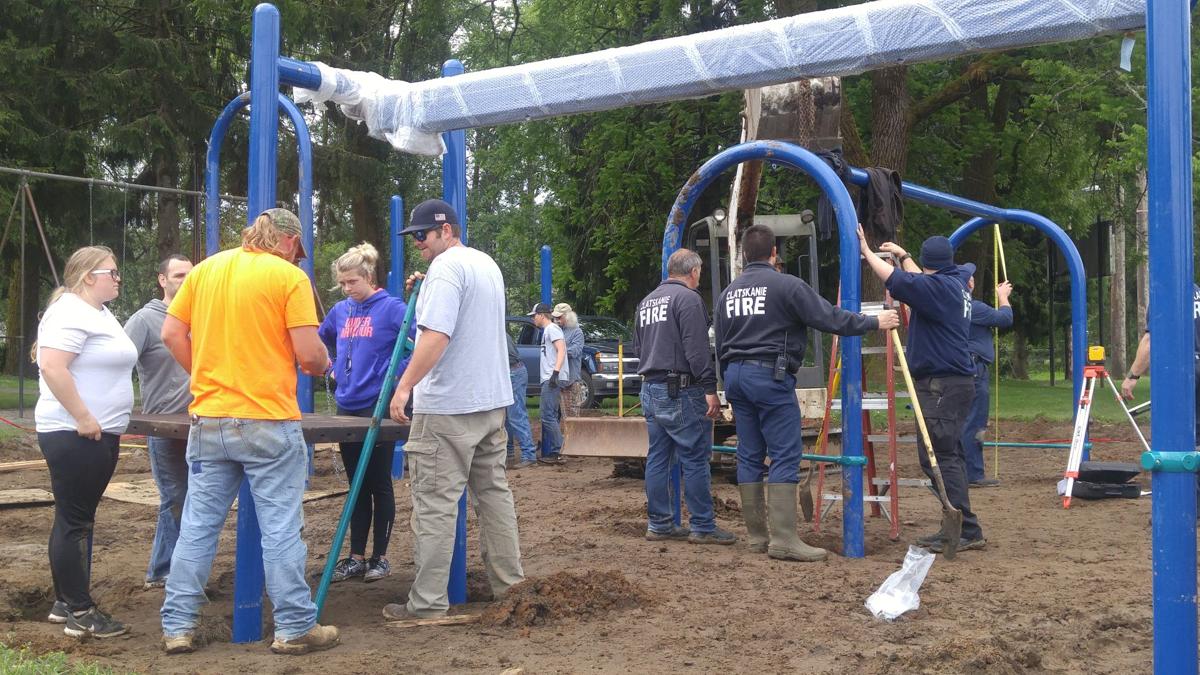 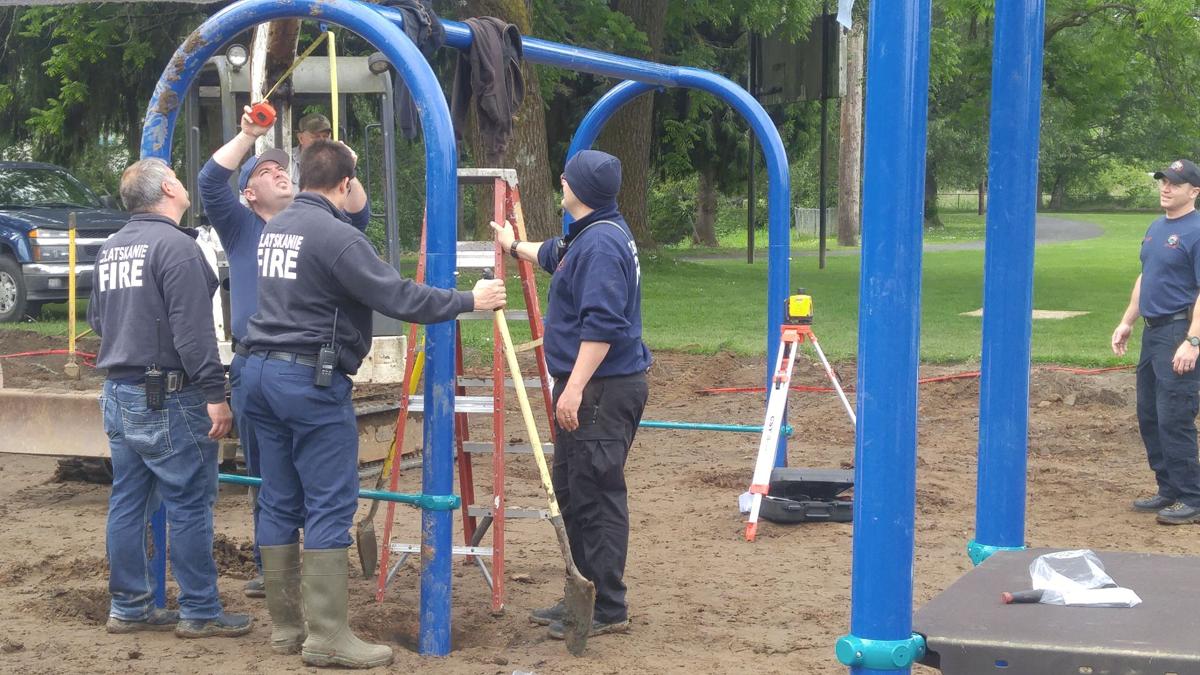 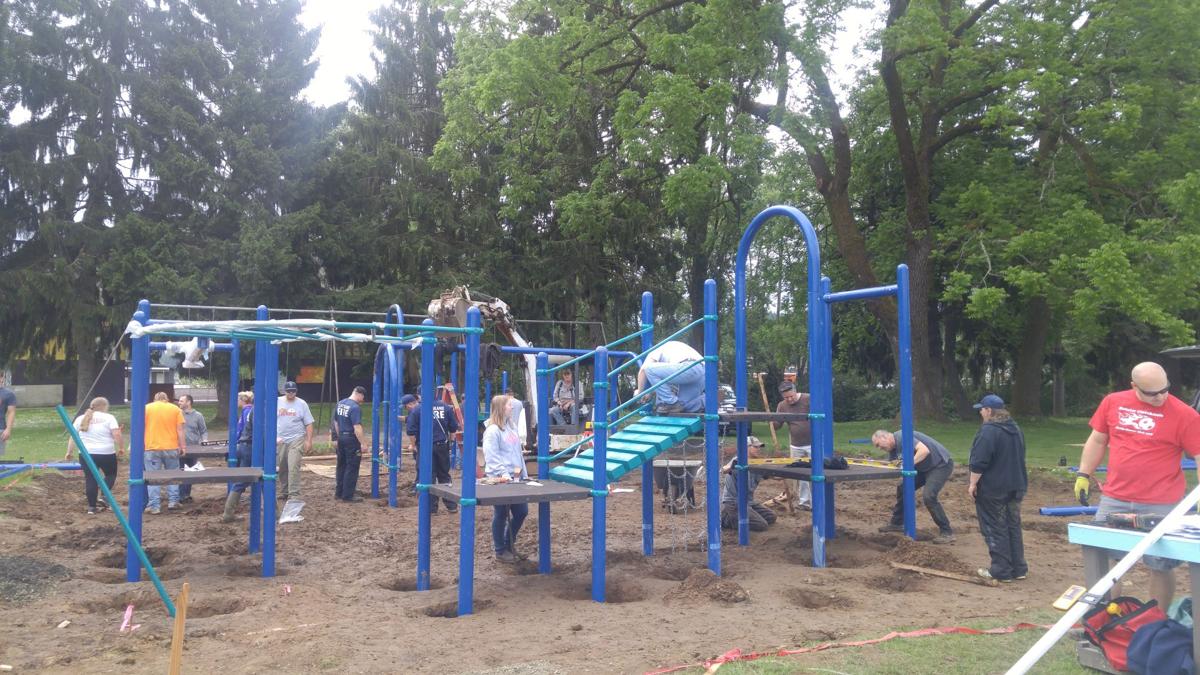 Frank Somes, Clatskanie Parks director, said it was a long time coming either way since many of the wooden posts had been rotting.

“Some large logs came through in the flood, hit some posts and broke them off,” Some said.

The park play structures were just some of several areas affected by continued floods at Clatskanie City Park.

The park director said he recalls when he helped build the first park around the time he first arrived in town.

History was about to repeat itself for the better.

On Saturday, June 17, Somes witnessed as dozens of Clatskanie residents gathered to help construct their new Clatskanie City Park playground. Crews included local business owners, a day crew from Clatskanie Fire, teachers from the school district and many other residents. The overall project cost $30,000, according to Somes.

“It’s a good deal,” Holsey said. “Actually I was kind of shocked for this many people.”

Holsey said he and some of the other crewmembers actually recall playing on the older structure when they were children.

Chris Ouellette, a local barber who owns Christopher’s by Appointment, said he loved seeing the community involvement. He described it as “a really, really good feeling.”

“It kind of touches your heart,” he said.

Most of them could be seen securing posts into the ground while others worked to cement the holes they were placed in. Somes said his hopes were that they could install the main structure that day and work on other adjustments, such as the addition of a tire swing, later on.

The next steps would be to level the grounds and put bark dust in just like they have at the structure in Cope’s Park.

He was grateful for the community’s continued help, which lasted well to noon.

It’s a big undertaking,” Somes said. “There’s no way I could do this by myself.”