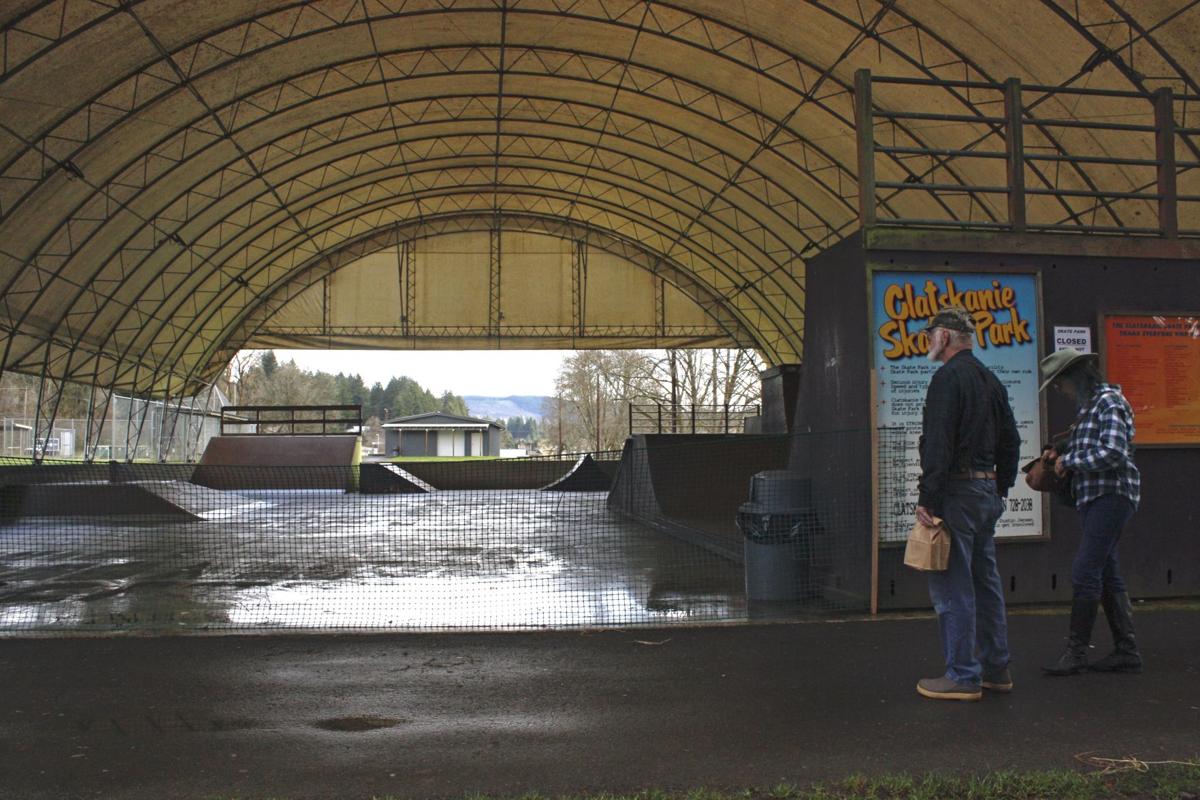 Visitors to Clatskanie City Park wonder why the skate park was closed. 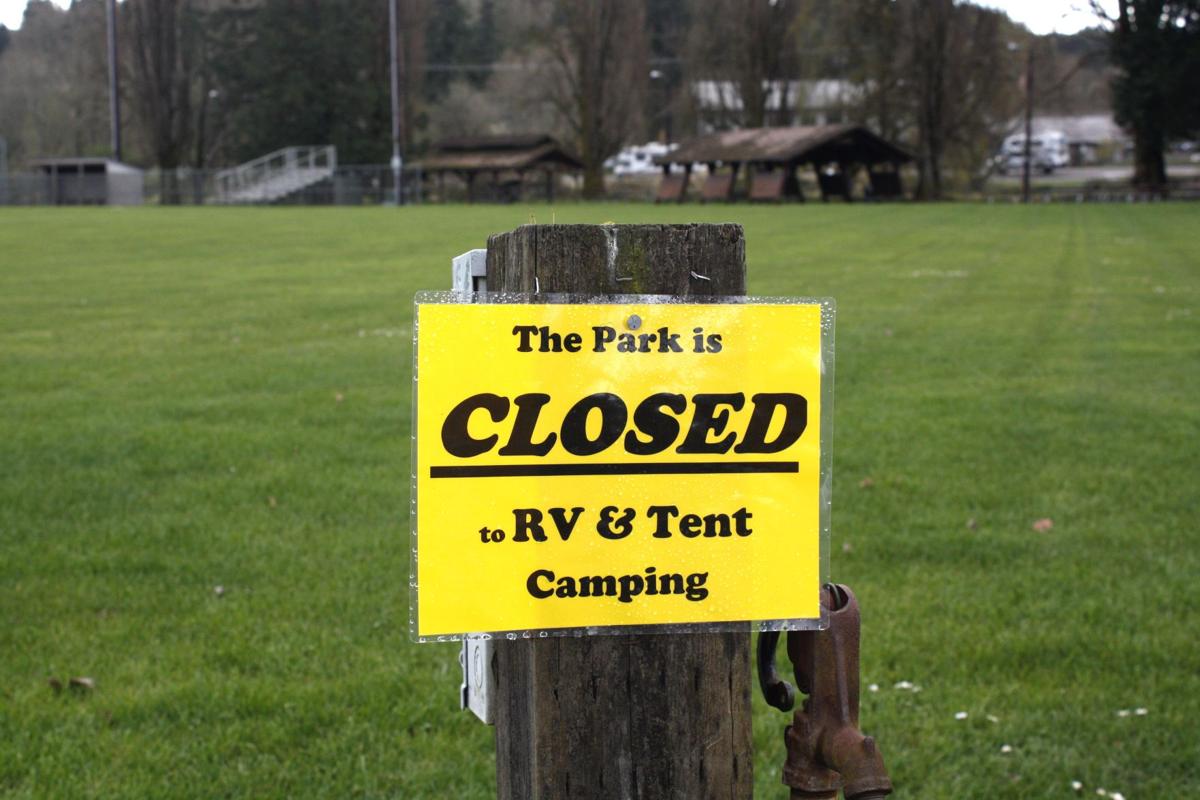 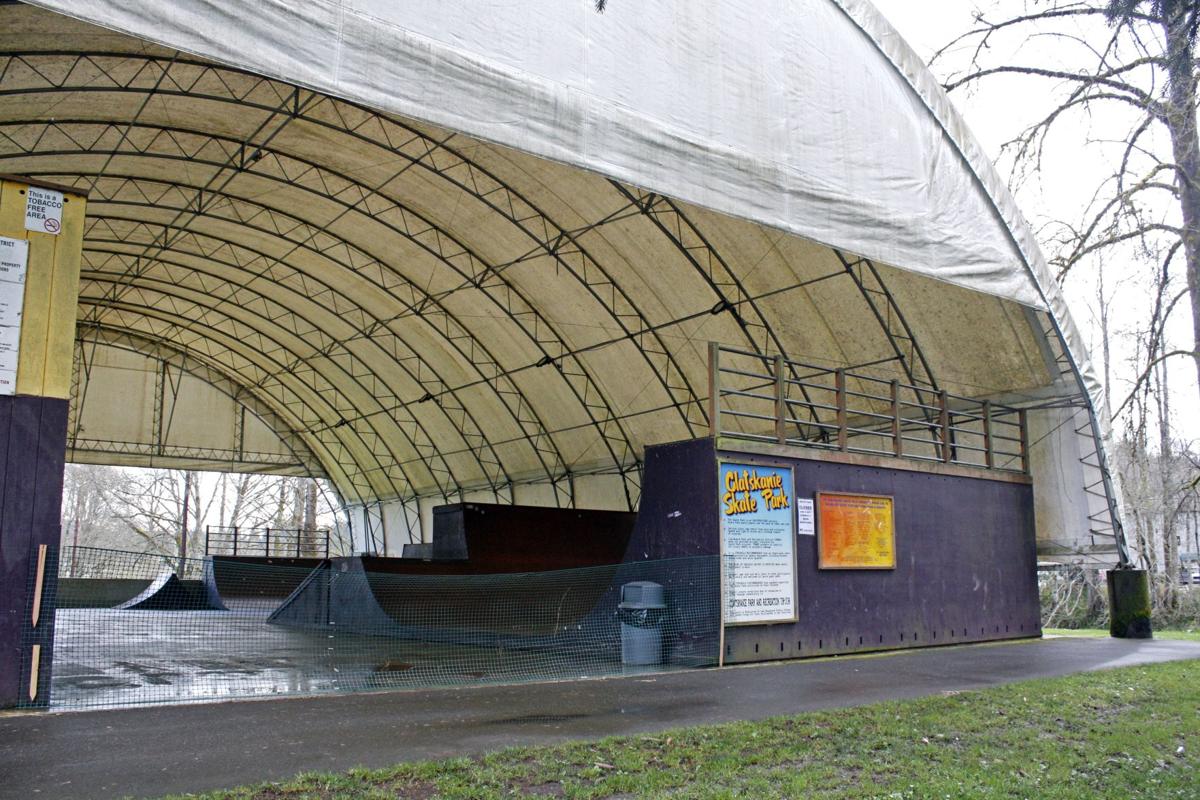 Spring and summer recreation took a hit going into April as Clatskanie Parks and Recreation District announced it was closing the skate park and banning camping at Clatskanie City Park.

On April 1, it was announced on social media that Clatskanie City Park was closed to tent and RV camping, though no explanation was given. City of Clatskanie officials were notified by mail of the closure and the topic was discussed along with the skate park closure at the April 4 city council meeting.

At the council meeting, City Manager Greg Hinkelman said the lack of a park host was the primary reason for the camping ban. Hinkelman said the park suffered a lot of problematic issues this past year due to homeless campers as well others who abused the rules and amenities of the park.

Bruce Holsey, who chairs the Clatskanie Parks and Recreation District board of directors, confirmed the causes, adding that some campers that were frequenting the park were less than family-friendly, leading to safety concerns particularly during movies in the park events.

A second letter was sent to the city by Clatskanie Parks & Recreation to announce the impending closure of Clatskanie Skate Park. The letter, dated March 29, cited a need to close the skate park because “it can no longer be maintained due to its poor condition,” a statement that was supported by Special Districts Insurance Service’s (SDIS) risk management department.

“The board of directors recommends that the skate park be closed, in compliance with the District’s maintenance responsibilities, until such time as the City is able to make the necessary improvements to bring it in-line with the best practices for such facilities,” the letter stated.

A letter from SDIS to parks & rec said a consultant met with city officials and parks board members on July 19 for a voluntary risk management-liability assessment. The consultant identified the aging cover and the poor visibility it creates as risks, and also noted the age and height of the wooden ramps as risks. The letter also described the park as an “attractive nuisance, gathering place,” in identifying risks.

An inspection summary said that “many visits to the skate from the local fire department for incidents and accidents” had been made, highlighting a 2015 incident in which a young lady suffered a laceration on one of the ramps. The summary also mentioned that prior to its shutdown, Clatskanie Police Department would observe the park for suspicious activity. SDIS suggested removing the top cover and lowering the height of the ramps to improve visibility and reduce the risk of injury.

Hinkelman said he spoke with other city managers and discovered a grant from the state that would only require 20 percent matching funds from the city. He said the roughly 6,000-sq. ft. park could be replaced/upgraded for an estimated $200,000, based on what was being done in Vernonia. Hinkelman suggested budgeting up to $50,000 from Scout Lake funds to commission a design firm for conceptual layouts of a new skate park.

Among options, Hinkelman suggested replacing the current structures with concrete and options to keep, modify or remove the cover. He asked if the skate park could remain in operation for almost two years as funding is sought and designs are implemented.

“I don’t feel it’s safe,” Holsey said, adding that he personally wasn’t comfortable ignoring the advice of attorneys and insurers. Hinkelman inquired about keeping some of the shorter structures in place for skaters, and Holsey said he would check that with SDIS.

“I think flirting with liability is like playing with a grenade because it’s going to blow up in your face,” Councilor Willard Evenson said.

Parks District board member Della Fawcett told the council that the skate park was built as a community project, and not necessarily built to any standard that was available at the time. She said the skate park was more that 20 years old, and that a lot had changed in that time. Holsey said that in his research, he found that current designers wouldn’t build as high as the ramps in Clatskanie.

Hoping to stem the kickback from the community, Hinkelman asked about scenarios to keep skating open, including pulling out all the ramps and leaving the concrete pad to use for the time being. The idea was discussed at a parks meeting the following night and the concept was met with tentative approval, though logistics and a timeline still needed hammering out.

“To mitigate, if you will, some of the liability, take that tall thing out and if we can’t within 30 days get someone to take a look at the rest of those things and make what repairs can be, then it all goes out,” Evenson said. “Burn it.”

Skateboarding gives you a sense of freedom that might be compared to flying. Using your phys…

“I think flirting with liability is like playing with a grenade because it’s going to blow up in your face.” ~Clatskanie City Councilor Willard Evenson

Closed since April, Clatskanie Skate Park is now rolling towards recovery thanks to a city council decision to begin restoring the classic rec…

Before and after: The old cover was removed from the Clatskanie Skate Park this past week. The new cover was installed the morning of Aug. 25.…

'Time to give back:' Clatskanie appoints its newest councilor