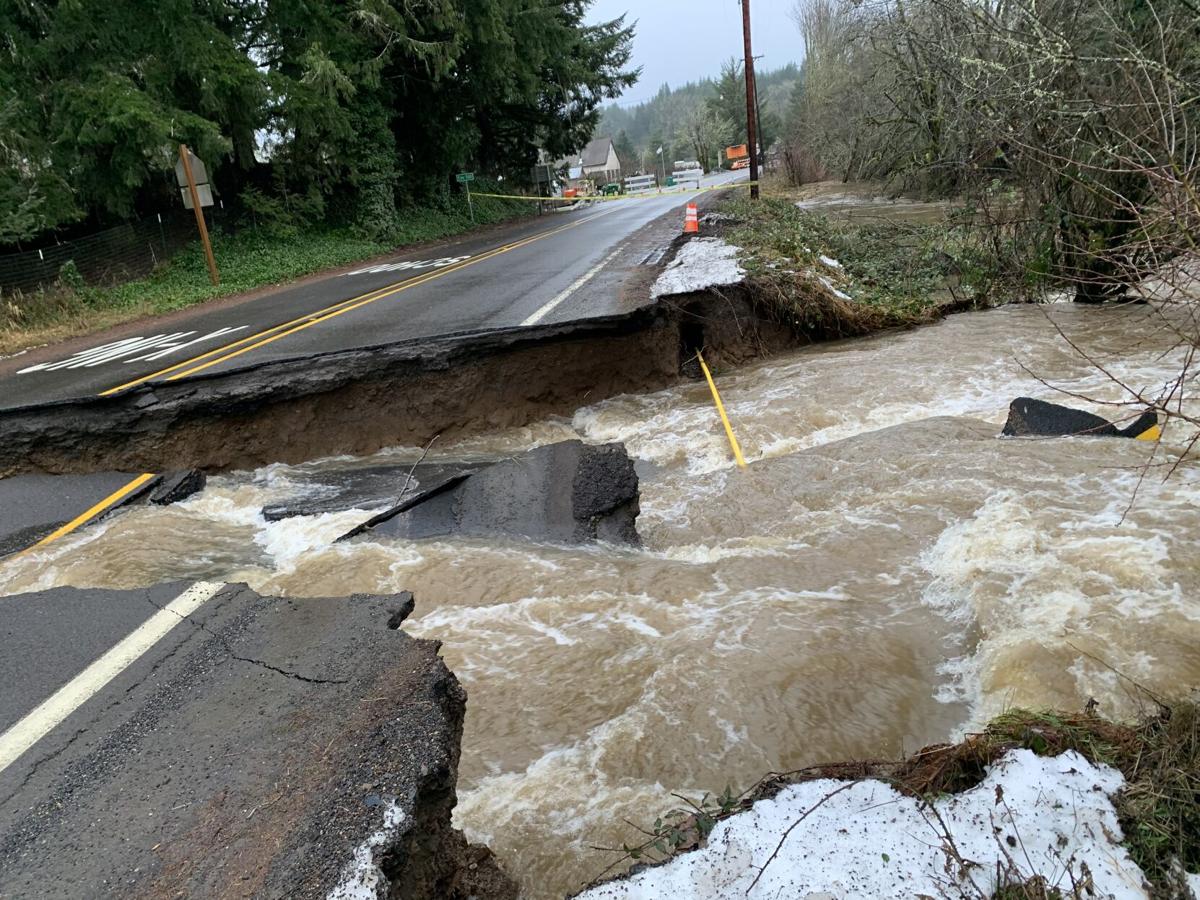 Surging high water has washed away a portion of Highway 47 near Mist in Northwest Columbia County. 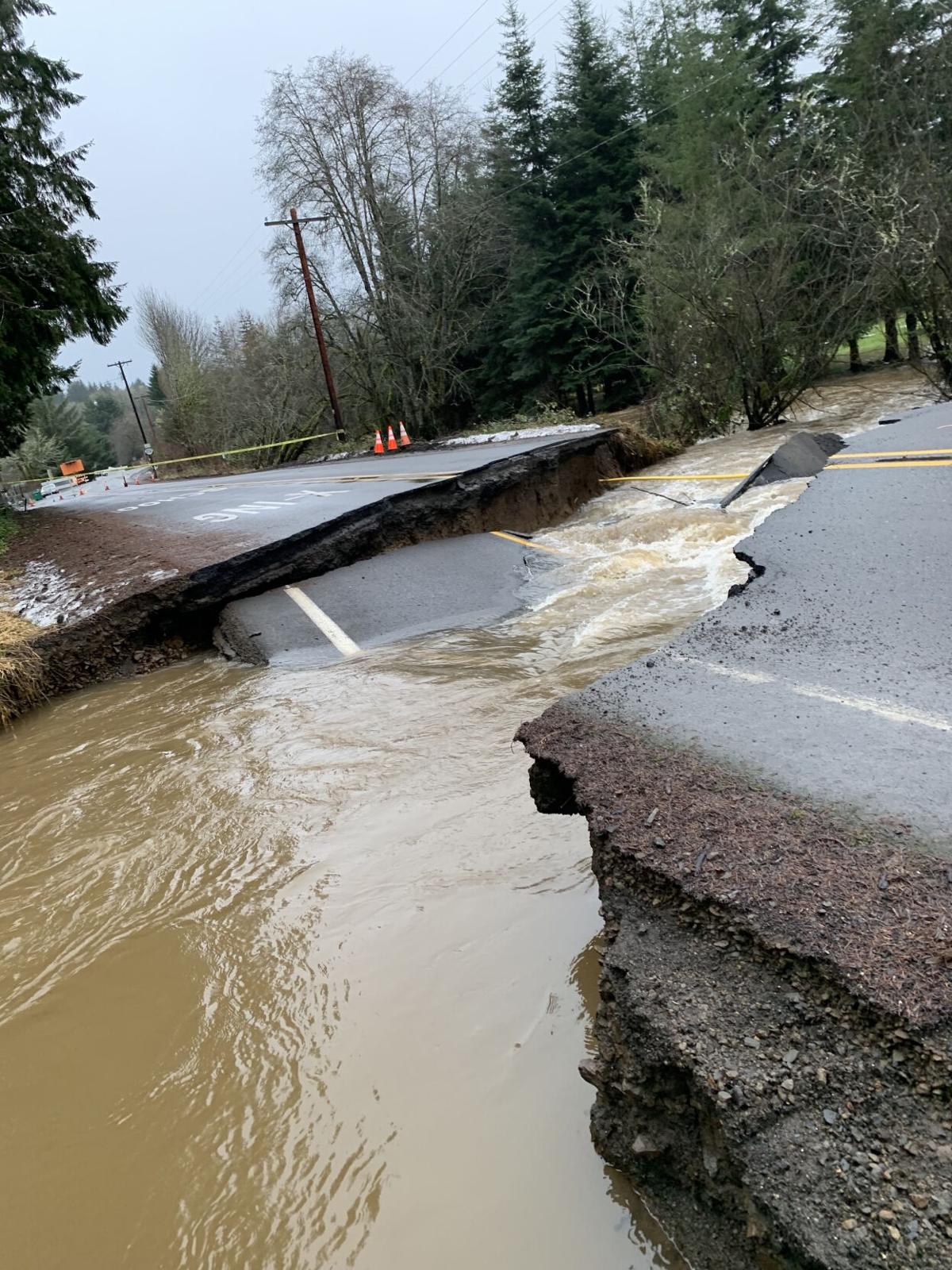 This photo shows a huge section of Highway 47 broken away in the surging water. 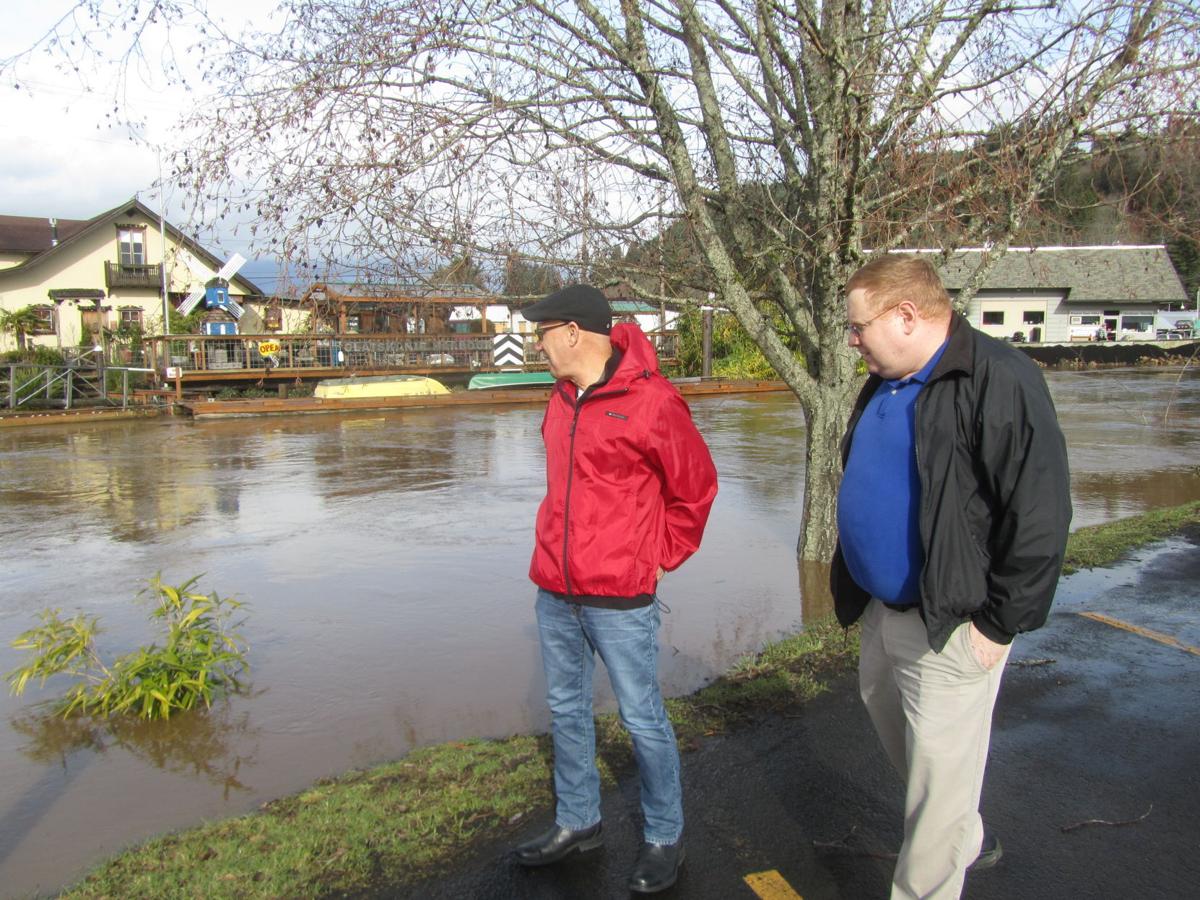 Local flooding has been an annual issue. This photo from February 2017 shows Mayor Bob Brajcich, in red jacket, and Clatskanie City Manager Greg Hinkelman monitoring the high water along the Clatskanie River.

"We have had a lot of flooding," Clatskanie School District Superintendent Cathy Hurowitz said. "We felt it is just too dangerous for traveling."

Clatskanie City Manager Greg Hinkelman said there has been significant flooding in the area.

"We got close to a major event but we got through it," he said. "We had flooding with significant water in Clatskanie City Park.

Hinkelman said the only road within Clatskanie that had to be closed due to the high water was Van Street.

Swedetown Road had high water and we had flooding in the Swedetown Village," he said. "Some residents voluntarily evacuated while others stayed. The good news is the flood waters did not rise enough to breech any interiors of the homes in Swedetown Village.

Hinkelman said as of Friday morning, Swedetown Road is open and only minor water flow has been detected in Swedetown Village.

"Van Street is under water and the park is still heavily flooded," Hinkelman said. "Some surrounding fields are full of water. As far as an overall impact, it looks like there was not any significant property damage."

In Rainier, City Public Works Director Sue Lawrence said the city provides sand and sand bags in two locations, across the street from the Columbia River Fire & Rescue Department at the corner of West 2nd and C Streets, and in the old RV lot behind the city shop at 690 W A Street.

"These locations are stocked throughout the winter and spring when we know flooding is a potential," Lawrence said.

The city monitors the Fox Creek culvert with both an alarm system based on the water level and physically inspects it regularly, according to Lawrence. During the storm events it is usually monitored around the clock if there is a potential for flooding.

"The creek was high but it did not top any roads, cause any evacuations, or flooding," she said. "This morning it is back into the flow channel."

Columbia County Emergency Management has been closely monitoring the flooding.

"Our public works teams are on standby for any situations that might arise," Columbia County Public Information Officer Mark Pacheco said.

The rising water washed out a portion of Highway 47 near Mist in northwest Columbia County Thursday forcing drivers to use alternative routes.

The Oregon Department of Transportation (ODOT) is warning drivers throughout Northwest Oregon to watch for dangerous conditions.

“If you are traveling, you need to be very careful,” ODOT’s Don Hamilton said. “We have had a lot of water in Northwest Oregon and there is lots of danger. You need to watch for high water, landslides and falling trees and tree limbs.”

A Portland man has died after his vehicle was struck by a falling boulder on the Washington side of the Columbia River Gorge, according to Washington State Police.

The incident underscores the danger caused by the recent snow, ice and rain in the region.

Follow weather developments here at thechiefnews.com with in depth reports in the Friday print version of The Chief.

“We have had a lot of water in Northwest Oregon and there is lots of danger."

After the Storms: Heightened travel danger in Columbia County, across Oregon