Clatsop County District Attorney Ron Brown tells The Chief that the murder case against a Rainier teen will remain in juvenile court. Brown had asked a Clatsop County judge to move the case to adult court.

"Judge McIntosh denied the motion to waive him to adult court," Brown said. "Trial is next in juvenile court but it has not yet been set. A settlement conference is to be set. The victims are very disappointed."

A Clatsop Court judge is expected to decide if a Rainier teen facing murder charges should be remanded to adult court during a week-long hearing set to begin Monday, Feb. 8.

The juvenile, Kyle Snook, is facing murder charges after he allegedly drove through a gathering at the Hunt Creek rock pit in Clatsop County, killing one person and injuring others.

On July 25, at approximately 4 a.m. Clatsop County deputies were called to the rock pit, east of Nicolai Mountain off Highway 30, for a report of a hit and run.

Deputies investigating the incident learned that a large gathering had occurred at the rock pit and Snook left the area after allegedly driving his vehicle through a crowd of people.

Three people in the crowd received serious injuries from being hit by the vehicle. Robert Betschart, of Rainier, died as a result of his injuries, according to the Clatsop County Sheriff’s Office.

Snook was later arrested in Rainier by members of the Clatsop County Major Crimes Team.

Snook is charged with murder in the second degree, manslaughter in the first degree, five counts of felony vehicular assault and driving under the influence of intoxicants. Snook was being held at the Cowlitz Detention Facility. Young offenders are sent to that facility because Clatsop County does not have a juvenile detention center.

Clatsop County District Attorney Rod Brown told The Chief that if Snook remains in the juvenile justice system, he would likely face less penalties if convicted under Oregon law and remain in that system until he turns 25 years old. Brown added that the Oregon Youth Authority (OYA) would have the option of confining the convicted offender or releasing the offender into the community.

According to the OYA, if the youth remains in the juvenile system, they would still be held accountable and face penalties, just with differences in where the youth can be placed while in OYA custody, and a difference in how long they can stay in custody.

“It is a lot higher hurdle than we used to have when prosecuting juveniles,” he said.

If the judge accepts Brown’s recommendation to place Snook into adult court, a trial could be held, and if convicted, Snook would likely face prison time.

“It is very frustrating to see that offenders may or may not face penalties associated with the crime, especially when it involves death and serious injury,” he said. 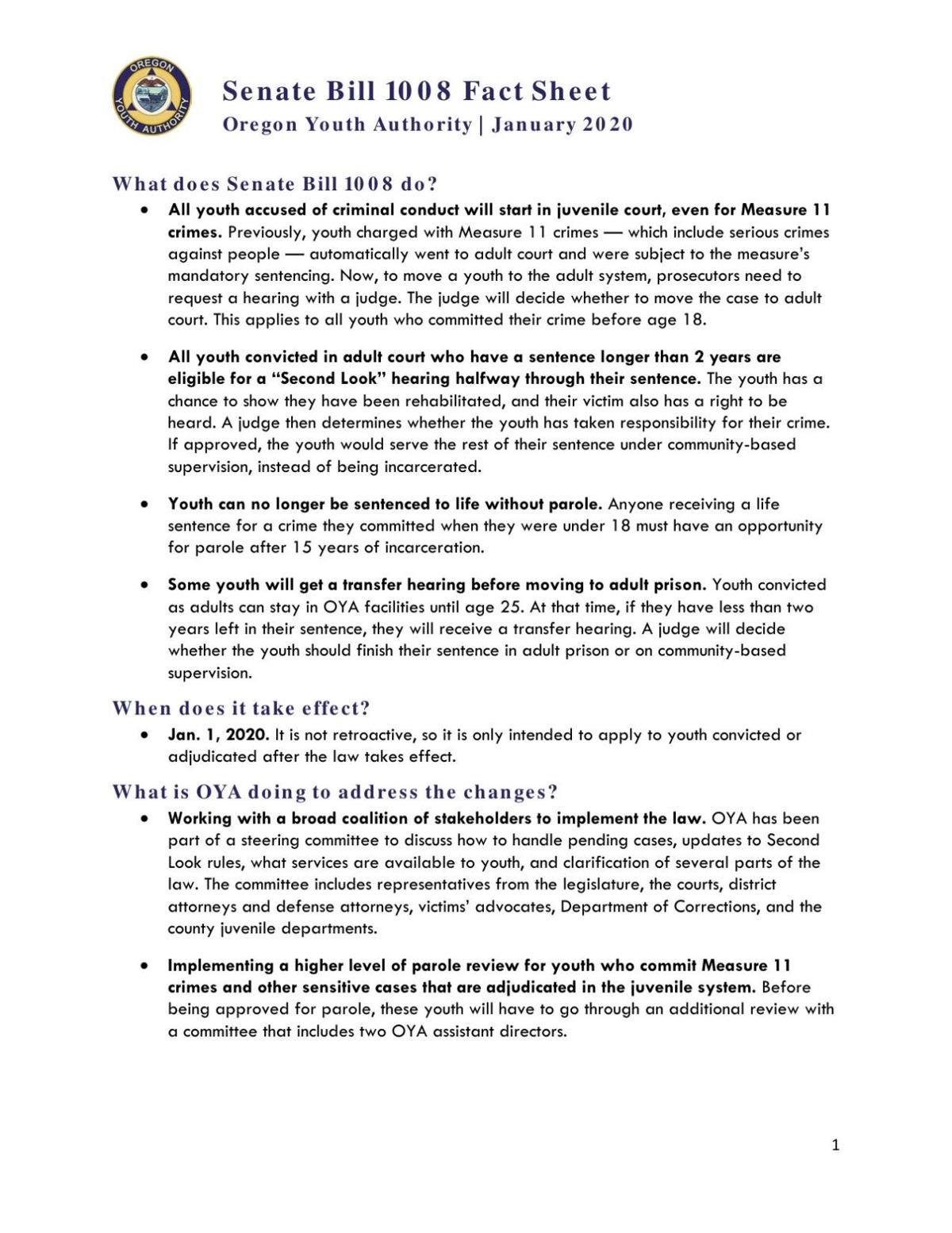 Follow developments of this case at thechiefnews.com and in the Friday print editions of The Chief.