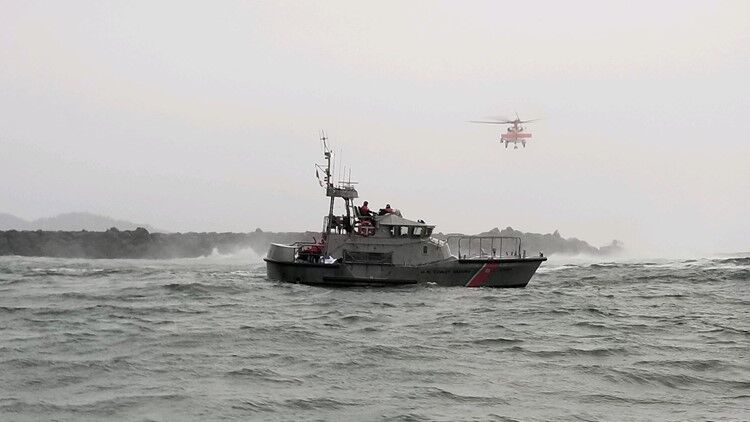 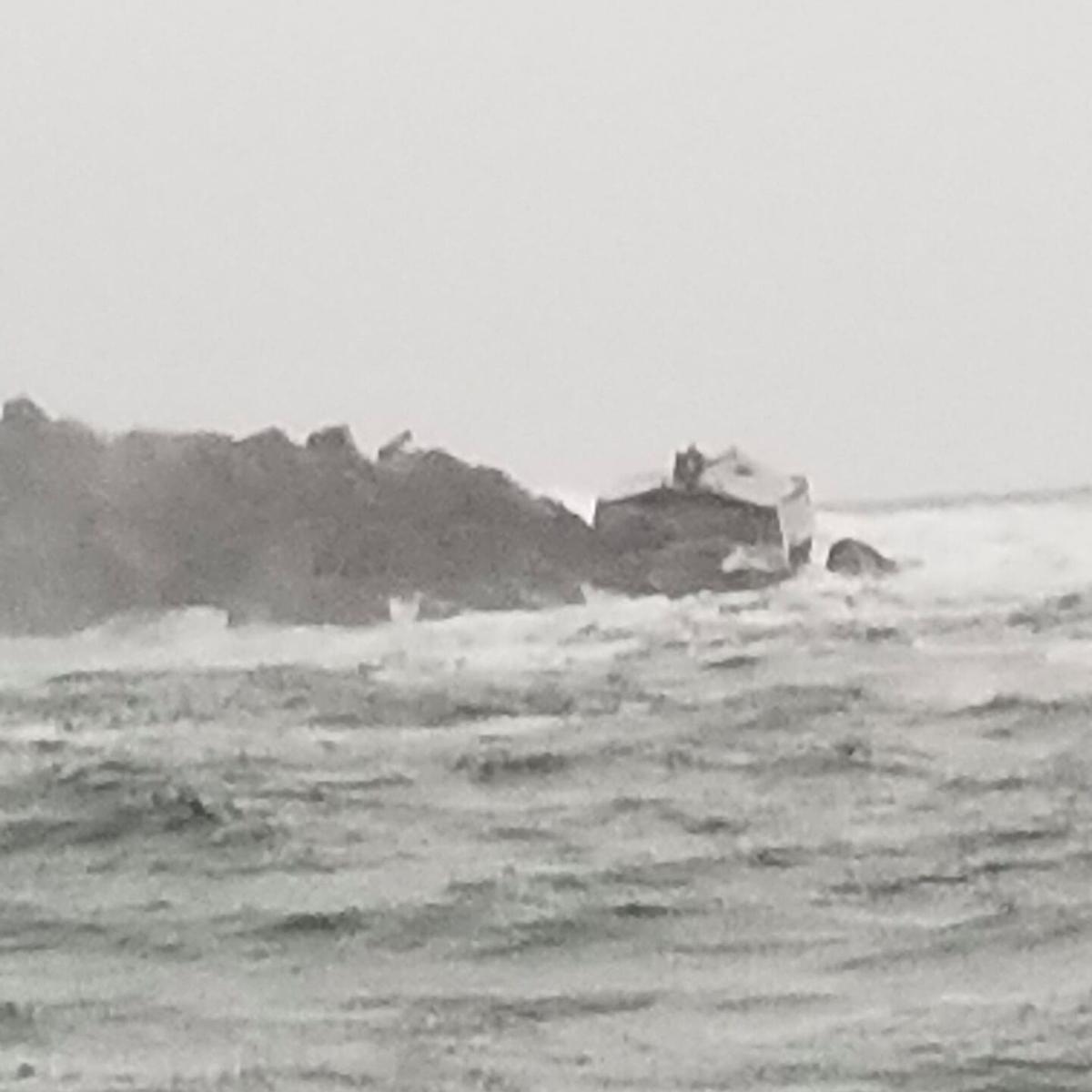 The Tillamook County Sheriff's Office posted this photo on its Facebook page following the rescue operation. 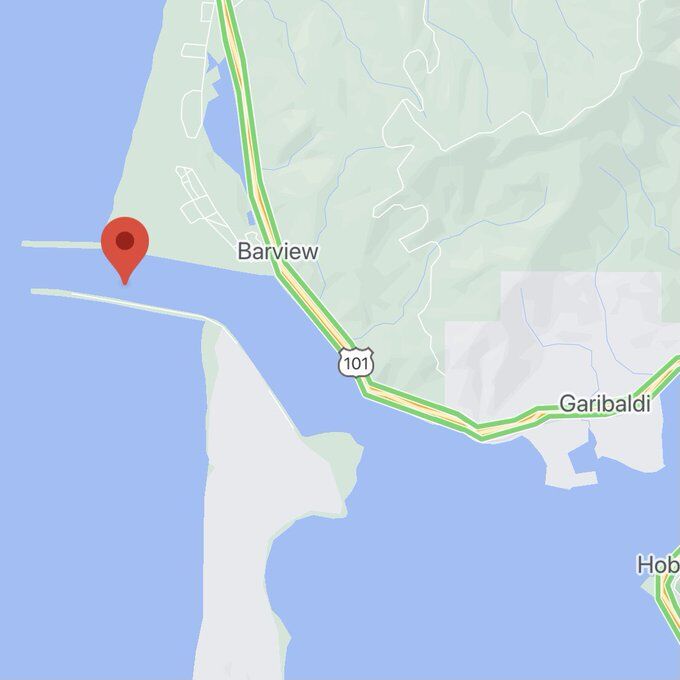 The Coast Guard released this map showing the location of the capsized vessel.

The Coast Guard confirms two of the four people involved in the overturned boat have died.

Four people have been pulled from the water after their 38-foot fishing boat capsized at the Tillamook bar entrance, according to the U.S. Coast Guard.

The incident occurred at approximately 4:40 p.m. Saturday, Feb. 20. Two of the four were responsive, two were unresponsive, according to the Coast Guard. All individuals were taken to local hospitals. The boat remained overturned on the south jetty at the Tillamook bar entrance.

The fishing vessel was being watched by Coast Guard personnel at a watch tower as it crossed the bar to return to port when it reportedly capsized. The watch tower crew immediately dispatched rescue crews from Tillamook in Garibaldi to respond to the overturned vessel.

The names of the people rescued, and the identification of the vessel were not immediately available.

Two marine deputies from the Tillamook County Sheriff's Office assisted in the rescue.