The redevelopment of the former Humps Restaurant could attract new visitors to Clatskanie, according to city mayor Bob Brajcich. 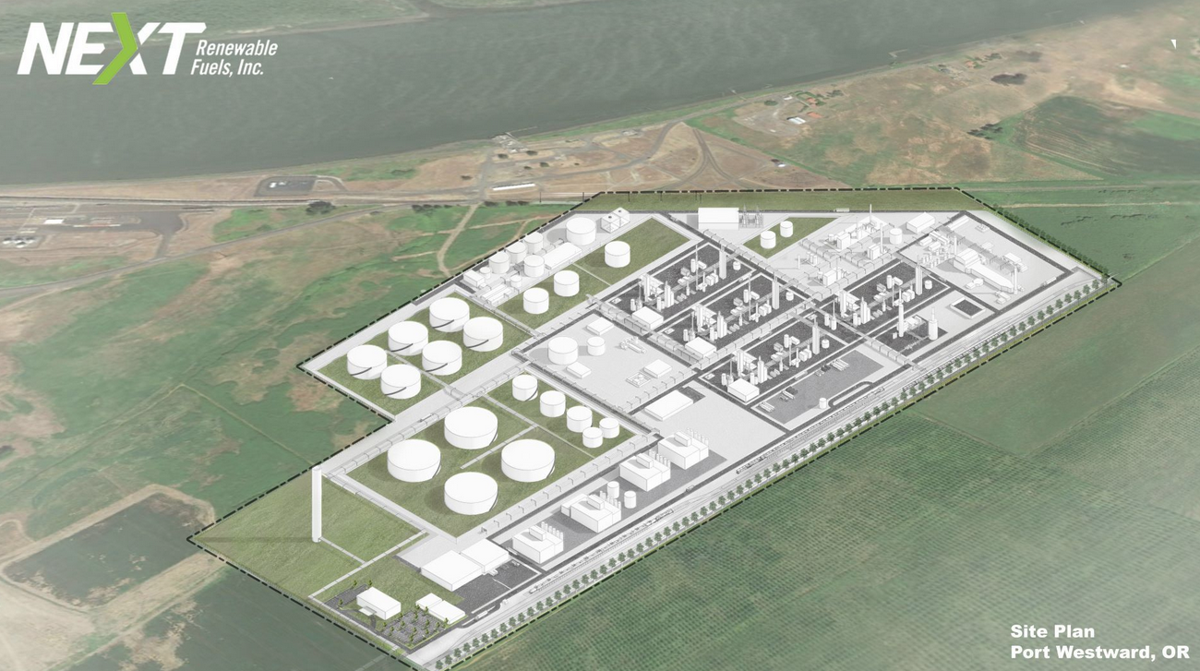 Clatskanie Mayor Bob Brajcich said the proposed NEXT renewable diesel plant would provide a significant boost to the city’s economy and the county’s tax base. 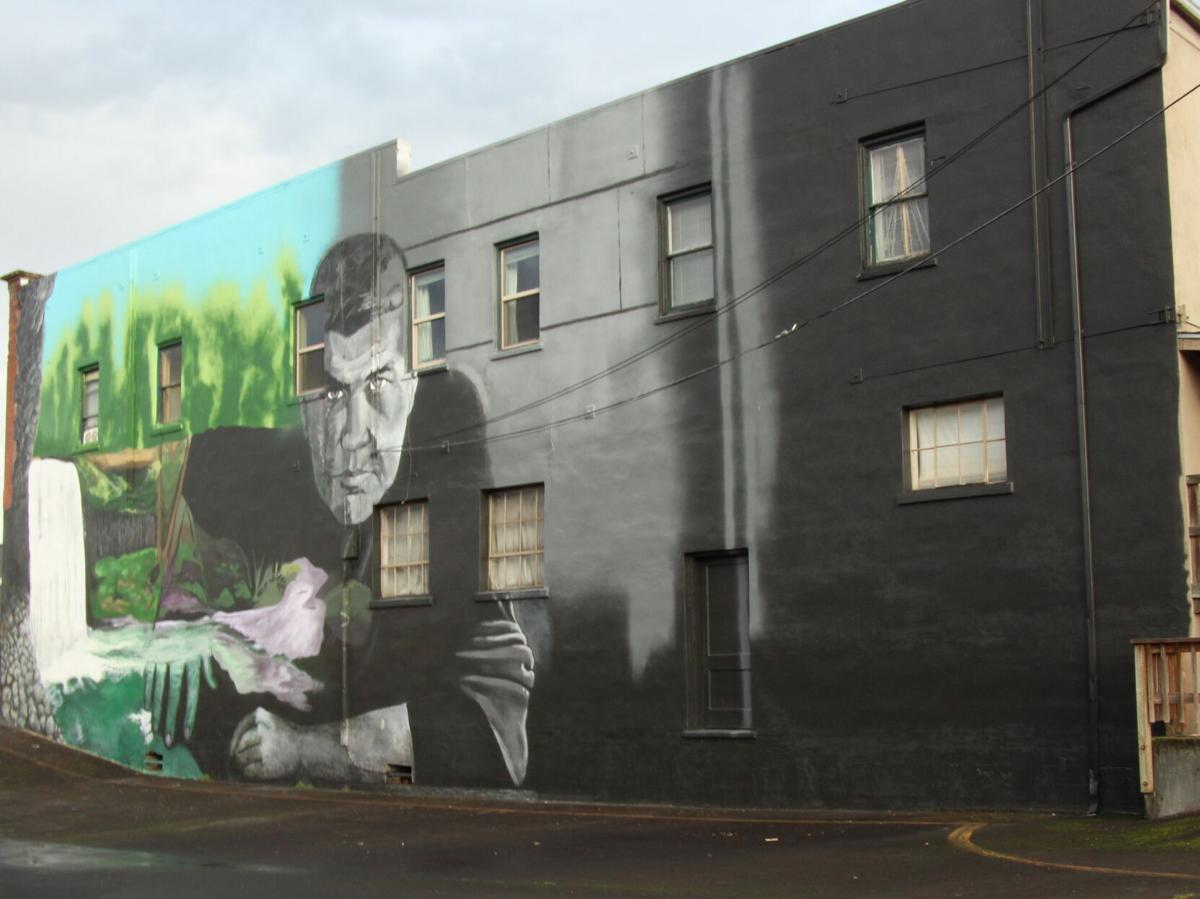 The mural spans across much of the side of the former hospital building in downtown Clatskanie. 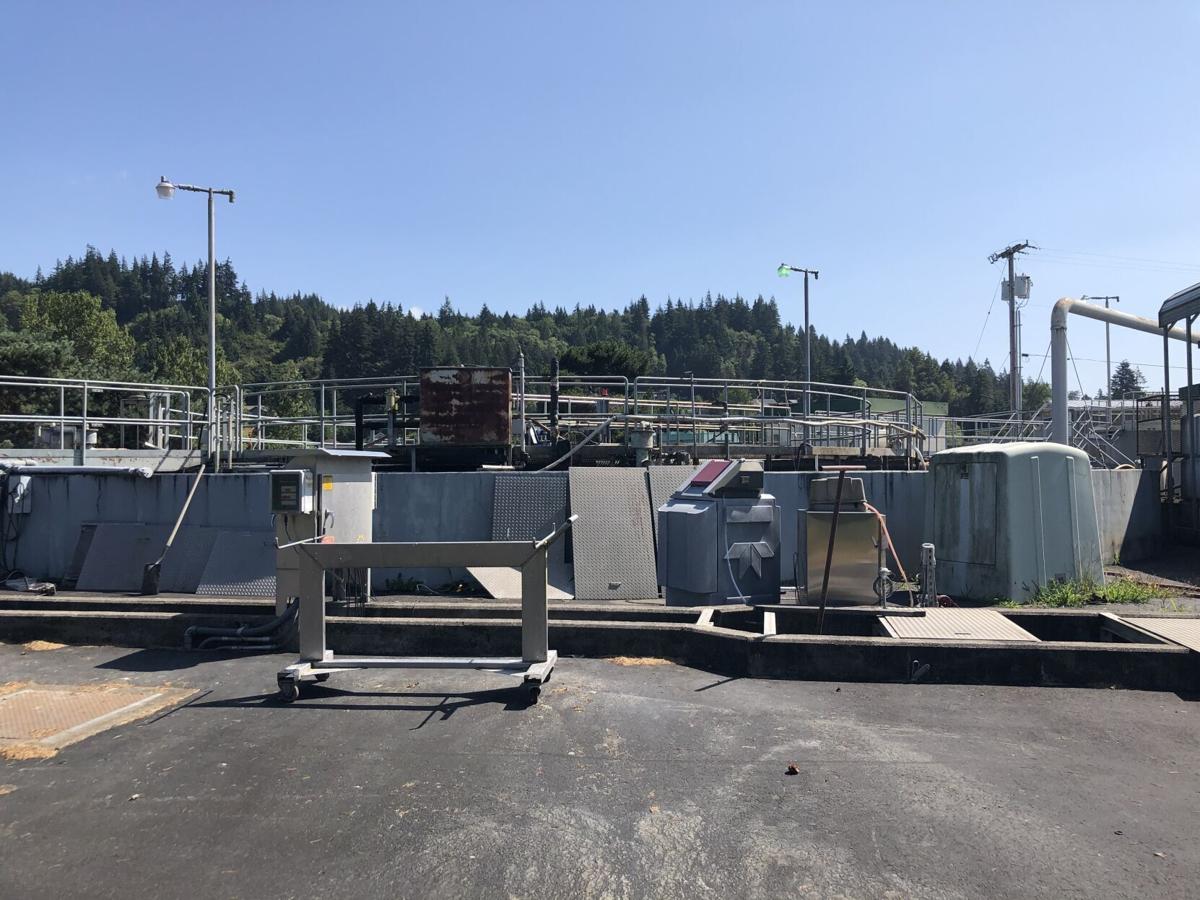 The city is moving ahead to replace this current aging wastewater treatment plant at 100 NW 4th Street in Clatskanie.

Despite the challenges from the COVID-19 pandemic, Clatskanie’s mayor believes 2022 will be a bright rebound for his city.

Clatskanie has three leading development projects that could significantly boost the city’s economy over the next few years, according to Mayor Bob Brajcich.

The former Humps Restaurant that sits squarely in the middle of the city’s downtown, the proposed NEXT renewal diesel plant and the city’s new wastewater treatment facility should provide new job opportunities and new business growth, according to Brajcich.

The reimagination of Humps

The sale of Humps was pending at the end of 2021 after being idle since Dec. 2018. The building’s transformation into what reportedly will be a mixed-use facility would include retail and wholesale operations and potentially recreational activities.

The structure is nestled on the banks of the Clatskanie River. The building offers a 12,000-square-foot interior in a two-story building which includes a basement. Brajcich said he’s hopeful a new family restaurant would also be located in the building.

“That could be sustainable, and I have heard rumors that they want to do kayak rentals there,” he said. “Kayaking has become more popular even during the pandemic and would fit into the natural environment along the river.”

The Humps redevelopment and the developing RV Park at the city’s south end would offer a really good half way point between the coast and Portland that could attract new visitors.

“We also are looking forward to NEXT Energy and that will bring in a lot of construction workers,” Brajcich said. “That would be a real boom for our local grocery stores and restaurants.”

NEXT would produce renewable diesel at Port Westward.

Brajcich wrote in a Dec. 31 Chief guest column that renewable diesel is a carbon reducing fuel, that has no soot or odor and is very clean in both its production and use.

“It is tank ready, meaning it requires no engine changes,” Brajcich’s column states. “It is a renewable fuel that can have a positive effect on our timber and farming. A carbon tax could have devastating effects on local business.”

While Brajcich acknowledges that there have been concerns about the fuel plant on local farming, but he said he is hopeful that NEXT and local farmers can be “helpful partners.”

In the interview with The Chief, Brajcich added that if the plant is permitted at Port Westward there could be an opportunity in the city area for new local housing development for the workers.

Brajcich said the plant would be the largest tax payer in the county and would benefit the city and local school district.

The Columbia County Board of Commissioners has scheduled a virtual public hearing at 10 a.m. Jan. 19 to consider NEXT’s land use and rail line applications for the project. Read more about the NEXT proposal at thechiefnews.com.

Redevelopment of the former Chevron gas station on the east side of Highway 30 in Clatskanie is also a top economic priority for the city, Brajcich said.

“We are working with the county and have been pushing for a electric vehicle charging station for that location,” he said. “We’d also like to see a formal transit station built there, similar to what has been developed in Rainier and possibly a discharge location for motor homes.”

Brajcich said the challenge with that property, owned by the county, is that there has been a small amount of contamination from the former gas station and that would have to cleared before any redevelopment takes place.

“Trying to get the Oregon Department of Environmental Quality (DEQ) permitting will be a slow process,” he said. “So, we are working with the county and DEQ in partnership with that process.”

The mayor also said new murals taking shape in the downtown are also an economic enhancement for Clatskanie.

“It adds a little class and art to the city,” he said. “I think it’s wonderful and they are something that is a point of interest.”

Brajcich said he would like to see a mural on the side of the city’s cultural center as well.

“That would be an excellent place for maybe a historical mural,” he said. “We have some wonderful local artists, and Jeremy Furnish (the city’s mural originator) has been fantastic.”

Brajcich said the Chevron property redevelopment, Humps project and the NEXT plant would enhance the attraction of the city.

“It would give folks reasons to stop and shop at our local businesses and enjoy our restaurants,” he said.

In addition, the City of Clatskanie is moving ahead with building a new multi-million-dollar wastewater plant, which Brajcich said will be funded through grants and save local taxpayers a large sum of money. The plant will be designed to offer modern and more efficient operations.

“That will be a good asset for our city’s infrastructure,” he said. “We are very happy with the work city manager Greg Hinkelman and his staff have done to get the needed $10 million for the plant. It’s a good chunk of money and without their work, it would be coming out of our pockets.”

Brajcich said the COVID-19 pandemic slowed the city’s economy and adversely impacted local school sports competitions that would have brought people to the city. But he said he is hopeful this New Year will be better.

“Things are inching upwards,” he said. “We are slowly moving ahead.”

“We are slowly moving ahead.”