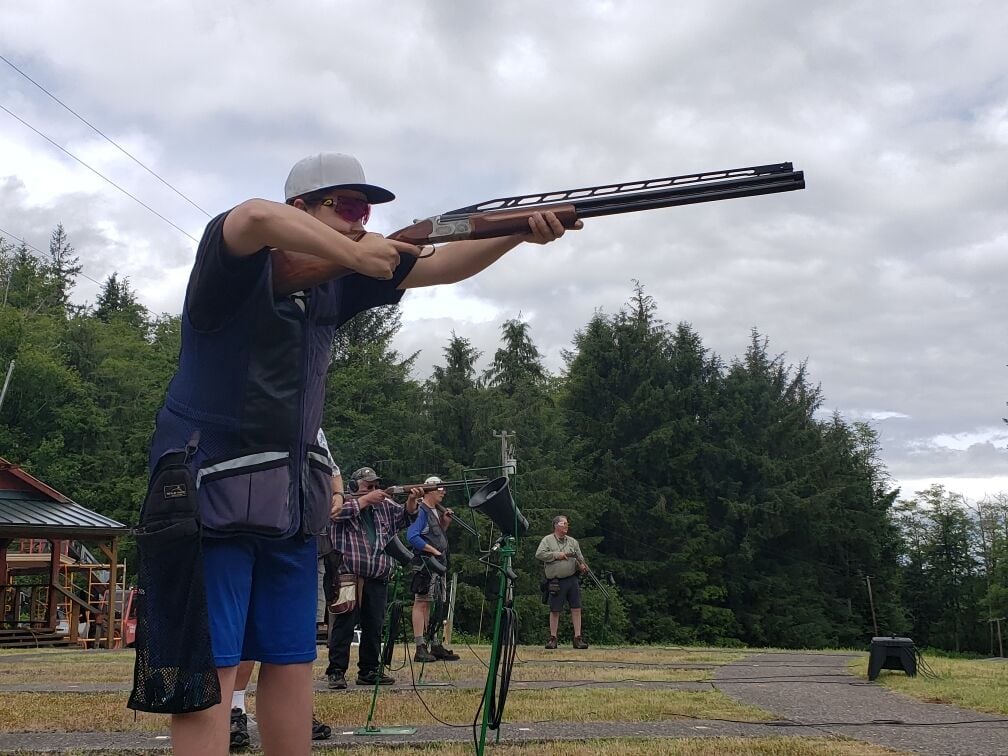 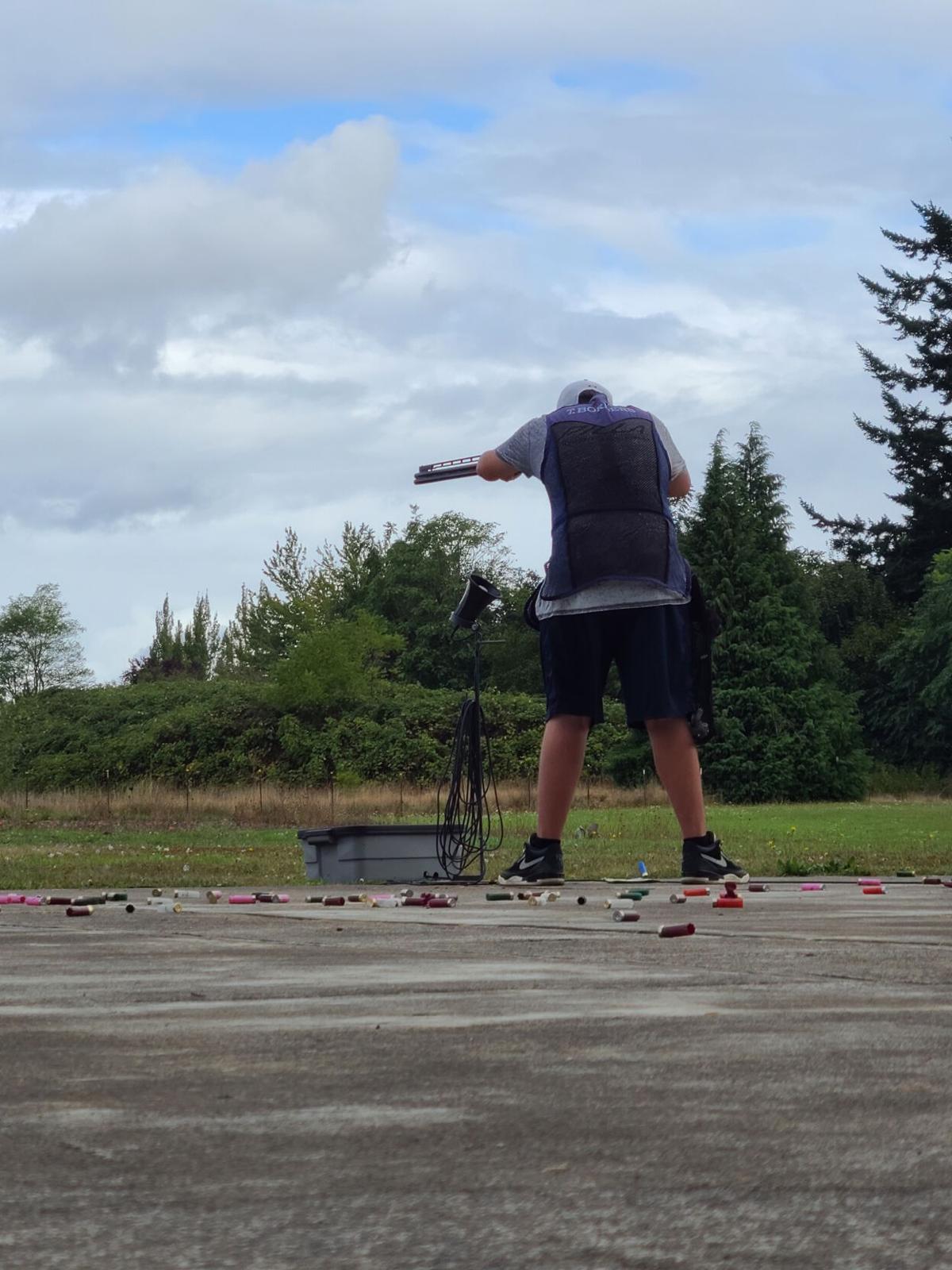 Rainier Jr/Sr High School junior Tyler Borders is preparing for a competitive sport that will take him to Crescent City, California in January.

The sport isn’t basketball, soccer or track. It is competitive trapshooting.

“There is no other sport like trapshooting,” Tyler said. “You have to treat it like a marathon. It keeps you focus. It is something that I found that I didn’t get in any other sports, like track, baseball and soccer.”

Borders is a member of the Rainier Jr./Sr. High School Trapshooting Team that was formed in 2019. Through his overall competitive scoring he has earned a spot on the elite Pacific International Trapshooting 2020 All Stars Team.

He found out about the award after arriving home late one day in November.

“There were balloons all over the house after my family decorated to surprise me with the announcement,” he said. “I was super happy to see all the hard work has paid off in what I really what to accomplish this year.”

According to the Amateur Trapshooting Association, the sport is a specific form of clay target shooting and involves movement, action, and spit second timing.

“It requires the accuracy and skill to repeatedly aim, fire and break the 4 1/4 inch disc which are hurled through the air at a speed of 42 mph, simulating the flight path of a bird fleeing a hunter,” the association’s website reads.

Borders said he got involved with trapshooting when he was seven years old.

“My dad and I were driving by a trap shooting range and I asked him what it was all about and he explain how trapshooting worker,” Borders said. “I had never really seen anything else like it. You use a shotgun and you use b-b’s to shoot the discs.”

Over the years Borders was able to become more and more involved in the shooting as a sport and eventually joined the high school’s trapshooting team.

Borders spends much of his free time at area shooting ranges practicing his shooting to improve his skills and accuracy.

“I usually shoot 300 rounds at a time and practice three times a week,” he said. “My success is play how I practice.”

The regional trapshooting ranges and the competition follow pandemic-health and safety requirements, Borders said. And even though distance learning has been challenging, he said is still able to be involved in the sport that he enjoys.

“It allows me time to do the shooting,” he said, “as long as I keep my grades up I will still be able to go off and shoot.”

While Borders enjoys the trapshooting, he said it’s unlikely that he would attempt to make a living with the sport following high school.

“You can make a living with trapshooting,” he said. “But I am not sure I want to that. I am thinking more of becoming a utility lineman. I want a job that is bit more unique, allows me to work with my hands and not be stuck in an office, and one that pays well.”