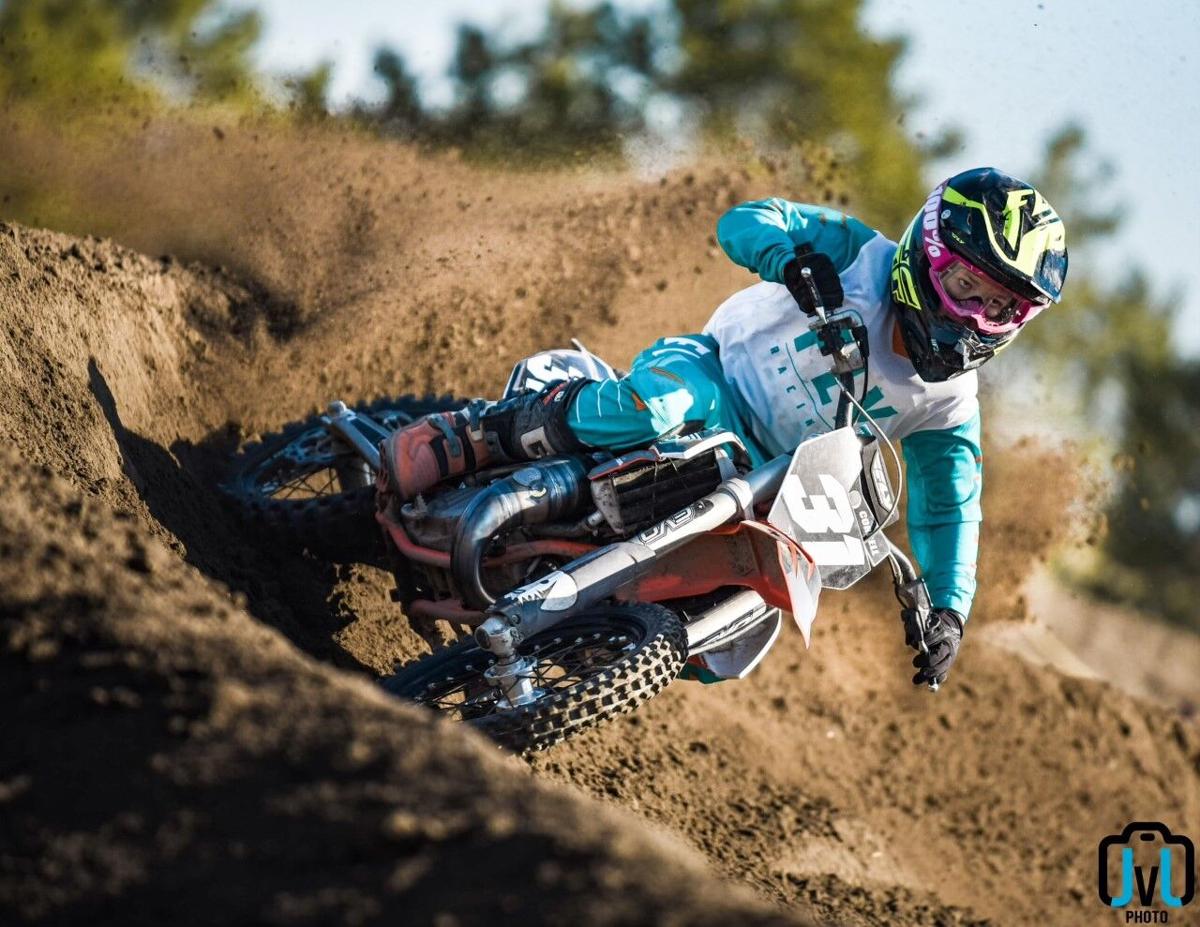 Sawyer Cordell, of Scappoose, maneuvers his bike though a jump at a recent competition. 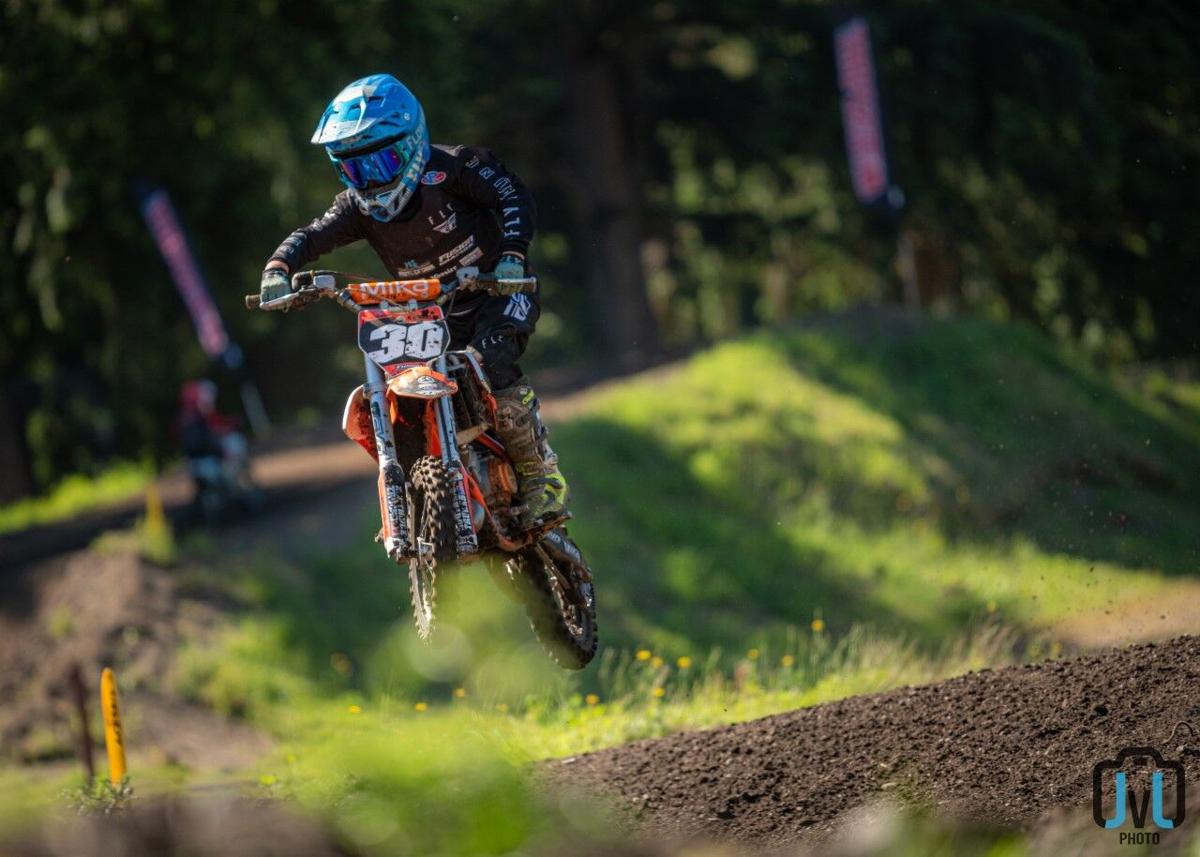 Ryder Cordell, of Scappoose, holds tight as he drives the course.

That includes a mix of local riders who are contenders for a division title, including Colton Frates of St. Helens, Blake Robbins of Deer Island, Arthur Wisehart of Rainier, Jeff VanNatta of Warren and the Cordell brothers of Scappoose.

The races continue every week until the Sept. 30 season finale.

“It’s really cool being on the new team this year and I was really glad to win my first race (June 24) two weeks ago,” Sawyer said.

“I’ve had lots of top three finishes and I hope to win another race soon,” he said. “We race at other tracks too, including Washougal Motocross Park, but PIR is my favorite track. My goal is to just have fun and do my best and hopefully finish in first or second place in the point standings.”

Sawyer’s parents Ron and Kristen bought motorcycles for their boys four years ago and then they started competing in motocross races at PIR in 2017. Sawyer and Ryder attend Otto Petersen Elementary School in Scappoose. Sawyer is an incoming sixth grader and Ryder is an incoming fifth grader.

“I’m having lots of fun and I’ve won every race except for two, so I’ve got lots of trophies,” said Ryder, 9, who will celebrate his 10th birthday July 20. “My goal is to win the division championship this year and win some more races too.”

Brothers Rick and Ron Wylder of Portland operate the PIR facility, which is in its 55th season of motorsports. Each year, the Wylder’s choose five kids to sponsor and then they give them helmets, goggles, uniforms, fuel, tires and weekly entry fees. In return, the kids represent Wylder Promotions in the motocross community while they’re also ambassadors of the sport throughout the year.

The Cordell’s were two of the kids who were awarded sponsorship from the Wylder brothers. The others are Preston Wittkopp, 17, of Vancouver, Makayla Emerson, 19, of Vancouver and Jaylie Gallacher, 15, of Redmond. All five are top contenders for a Thursday Night Motocross division title.

Robbins, 17, took first place in the 250cc Junior Division 2 moto one and then he took third in the moto two on his Rockin R LLC/Power Motorsports sponsored Kawasaki motorcycle. Riders compete in two five-lap races and the overall winner is determined by the average finish of the two events. Robbins took third place overall July 8 and he’s ranked in the top-10 of the 250cc Junior point standings.

“I had a good start in the first moto and I led the entire race and I felt really good about that,” said Blake Robbins, who is an incoming senior at Rainier High School and he’s a receiver/defensive back on the Columbians football team. “It was a clean, smooth race and I was really glad to win the first moto. I had a good start again in the second moto and I was out front for most of the race, but then there were a couple of incidents that slowed me down a little and I got third overall, but I’ll do better next week.”

Blake’s dad Russ, 44, is a former pro rider who has competed for many years at PIR and he’s the owner of a dump trucking and excavating business that helps provide sponsorship for his son in his motocross racing career. Blake started racing motocross at age six and he’s been racing for 11 years.

“I raced motocross for 20 years, but I’ve had 28 surgeries and I think that my time on the track is pretty limited now, so my career is kind of winding down now,” Russ Robbins said.