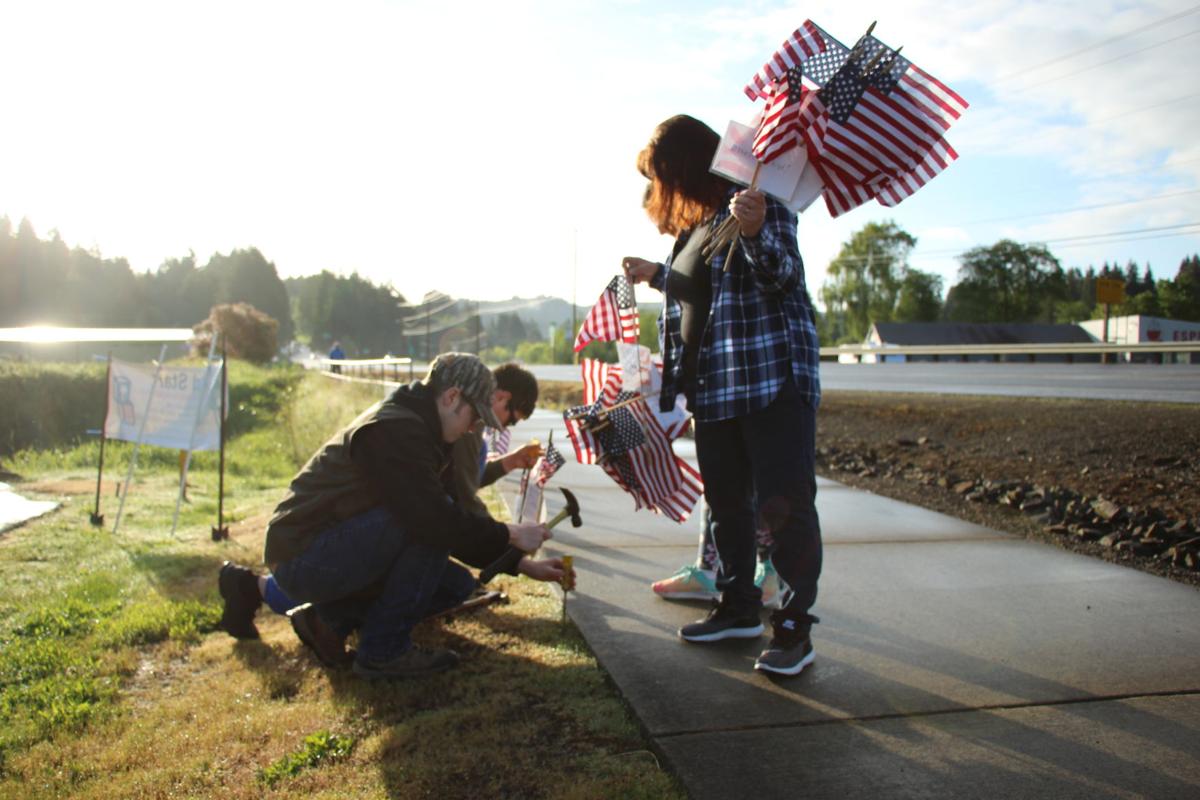 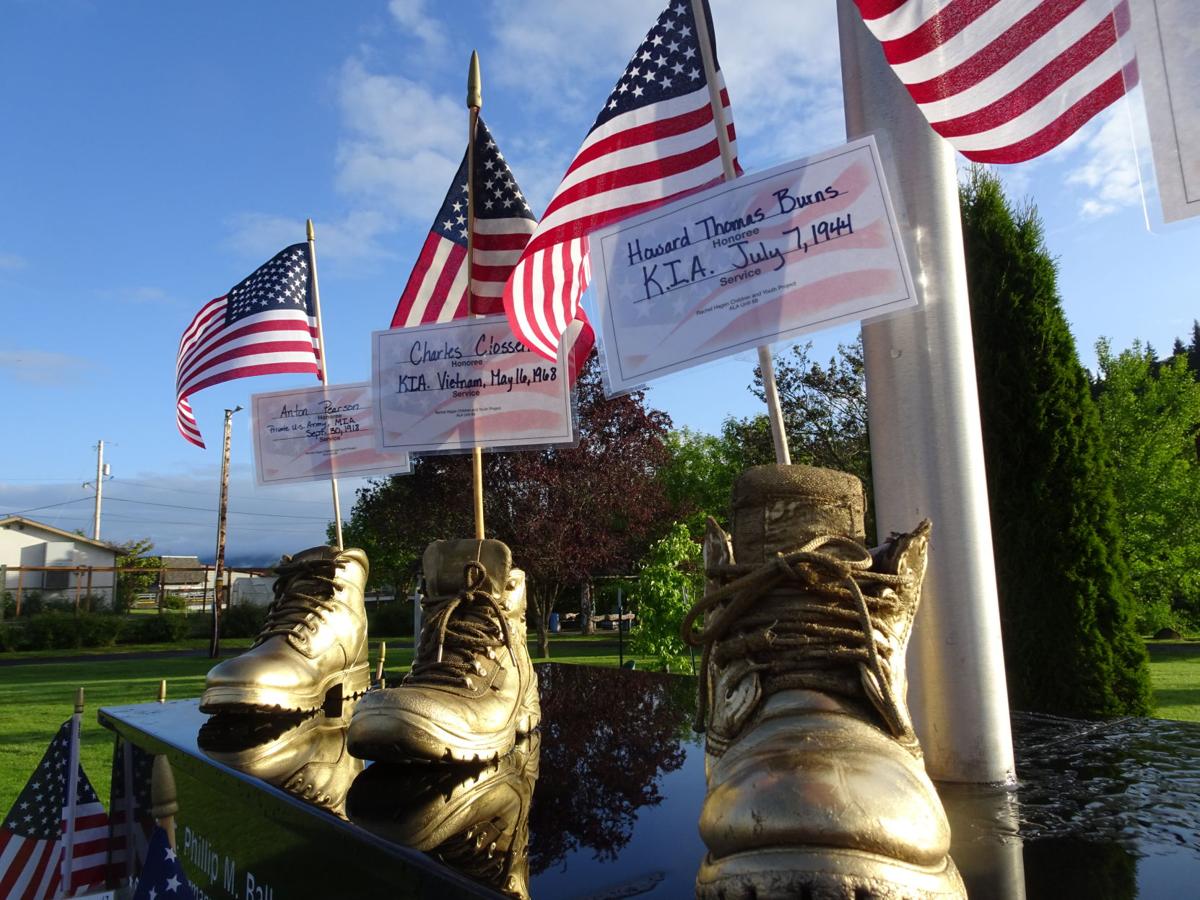 These gold painted military boots have been carefully placed at the Clatskanie Veterans Memorial to honor those veteran who have lost their lives in action. 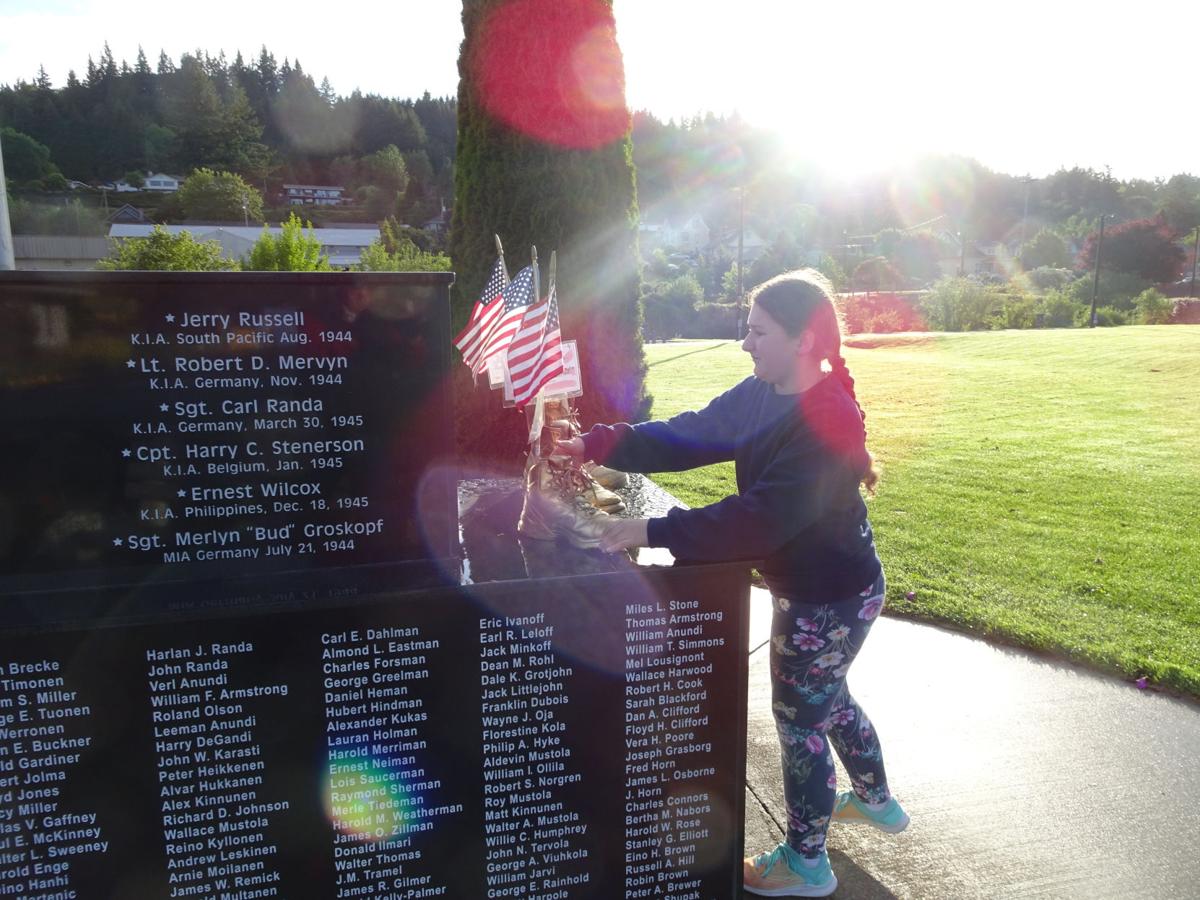 A student from Clatskanie Piercing Arrow Private School adjusts the boots carefully positioned on the Memorial Wall at Copes Park. 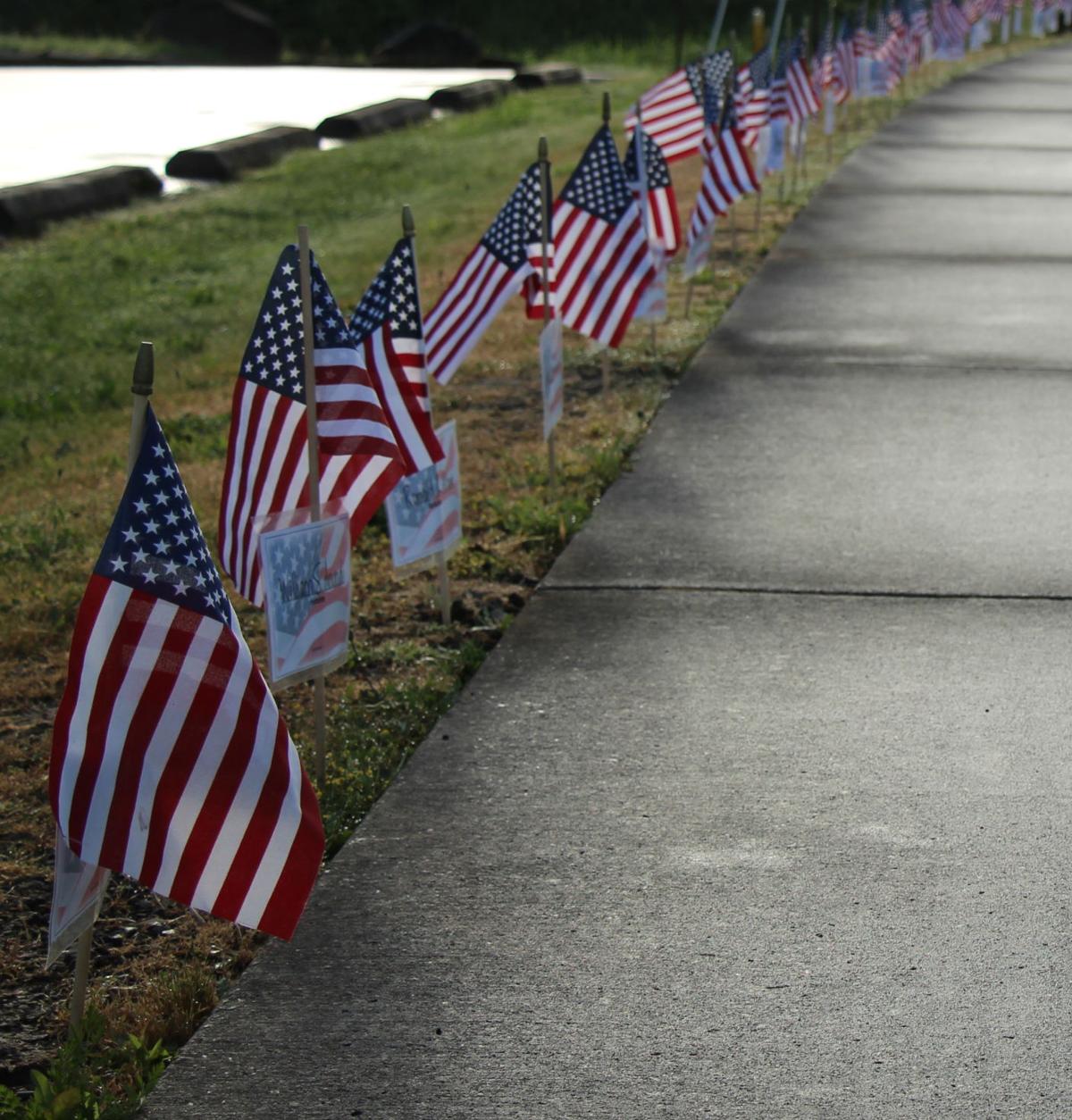 These small America flags can be seen lining Highway 30 into and out of Clatskanie as a Memorial Day tribute to military veterans.

Three times each year, Sherman organizes a special tribute to her father and those who have served our nation in the Armed Forces.

Every year on Memorial Day, Veteran's Day and Mother's Day for the last five years the Clatskanie American Legion, led by Sherman, conducts tributes to honor both men and women veterans.

"This project started in honor of my father who had served in the Air Force," Sherman said. "He is still alive and I want to honor him while he is living."

On Friday, May 22, along with three students from Piercing Arrow Private School, Sherman loaded her red van with gold painted military boots, each with small America flags attached and a card with the name of a member of the military who died in action. Sherman and the students took the boots to the Clatskanie Veterans Memorial and carefully placed them along the Memorial Wall.

The gold painted on each boot represents honor, Sherman said. Small lamented cards identify each veteran. The names are taken from the Clatskanie Veterans Memorial Wall. The 40 boots represent Clatskanie area veterans who have lost their lives in action.

Sherman said community members and local businesses help support the project through donations and the school students conduct various fundraisers, car washes and doughnut sales and gift wrapping, to raise $500 to $800 for expenses.

In years past, some of the boots and flags were taken by different individuals, Sherman said.

"They shouldn't take them but they do," she said. "We don't get upset."

Sherman shared one account of missing boots, saying a woman from eastern Oregon was driving through Clatskanie to the coast and saw the boots lining Highway 30.

"She had left a little note on the Memorial Wall telling us that she had taken boots that had belonged to her father, a former resident in Clatskanie," Sherman said. "She apologized in the note but said having the boots meant so much to her. So, we definitely understand."

Sherman also hopes people seeing the tribute will remember America's heritage,"and that our freedoms are not free," she said. "Somebody paid a price for our freedom."

Lori Sherman thanks the following businesses for their support:

What will your summer vacation be?