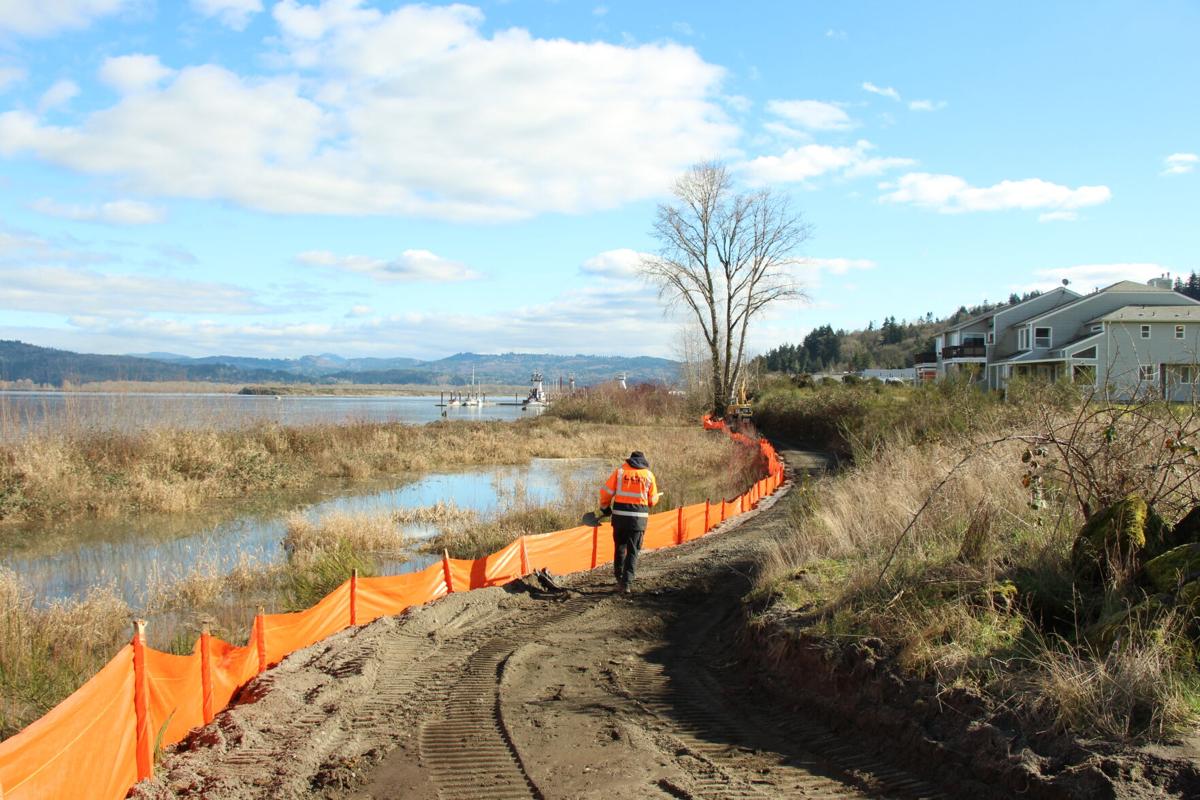 A worker walks along the new trail along the Columbia River in Rainier. The path will eventually be paved and ready by summer. 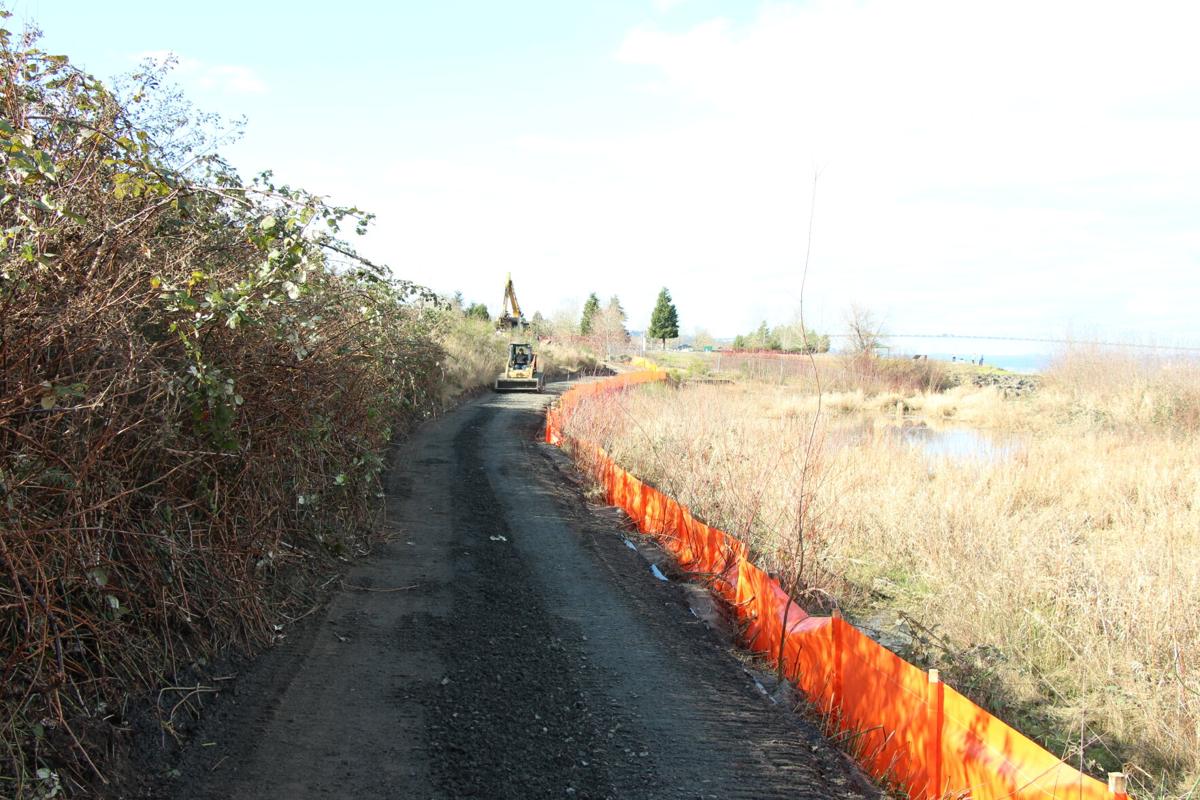 Work has begun to clear a section along the Rainier riverfront to enhance the city’s trail system. 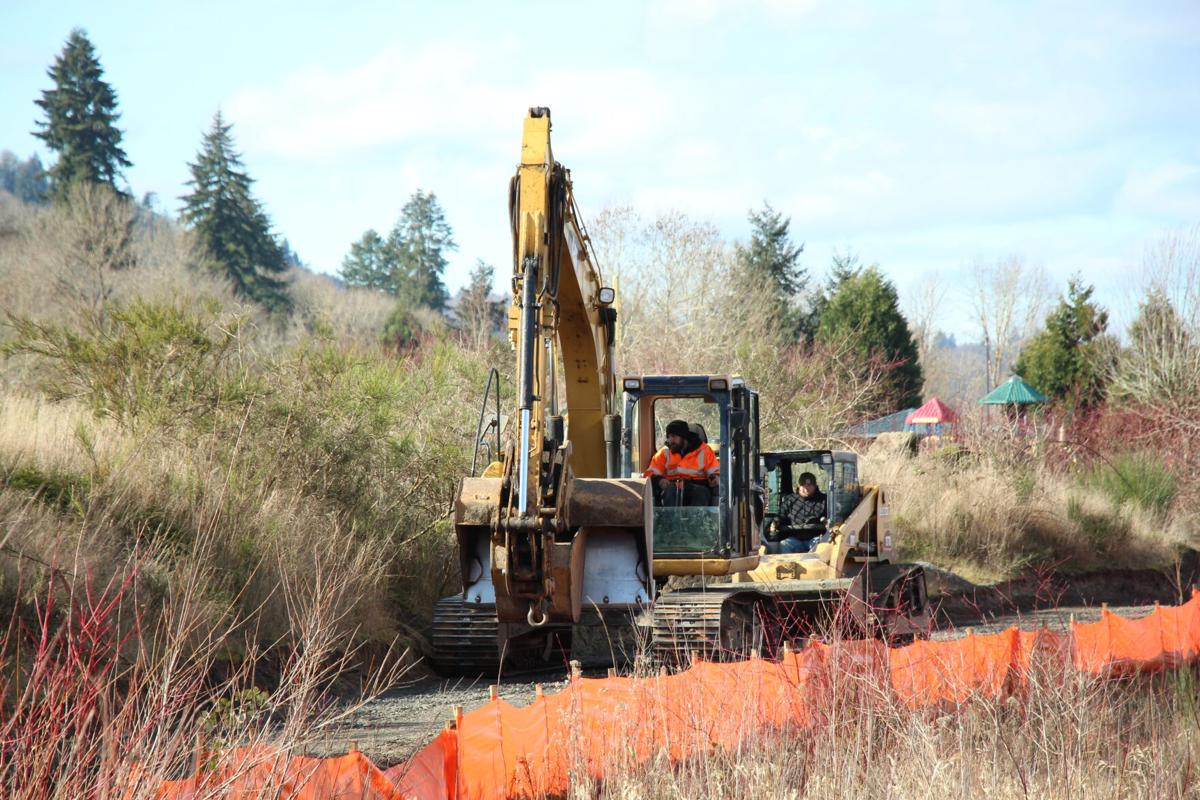 Heavy equipment has been brought in to help clear large boulders and thick brush to make room for the trail expansion. 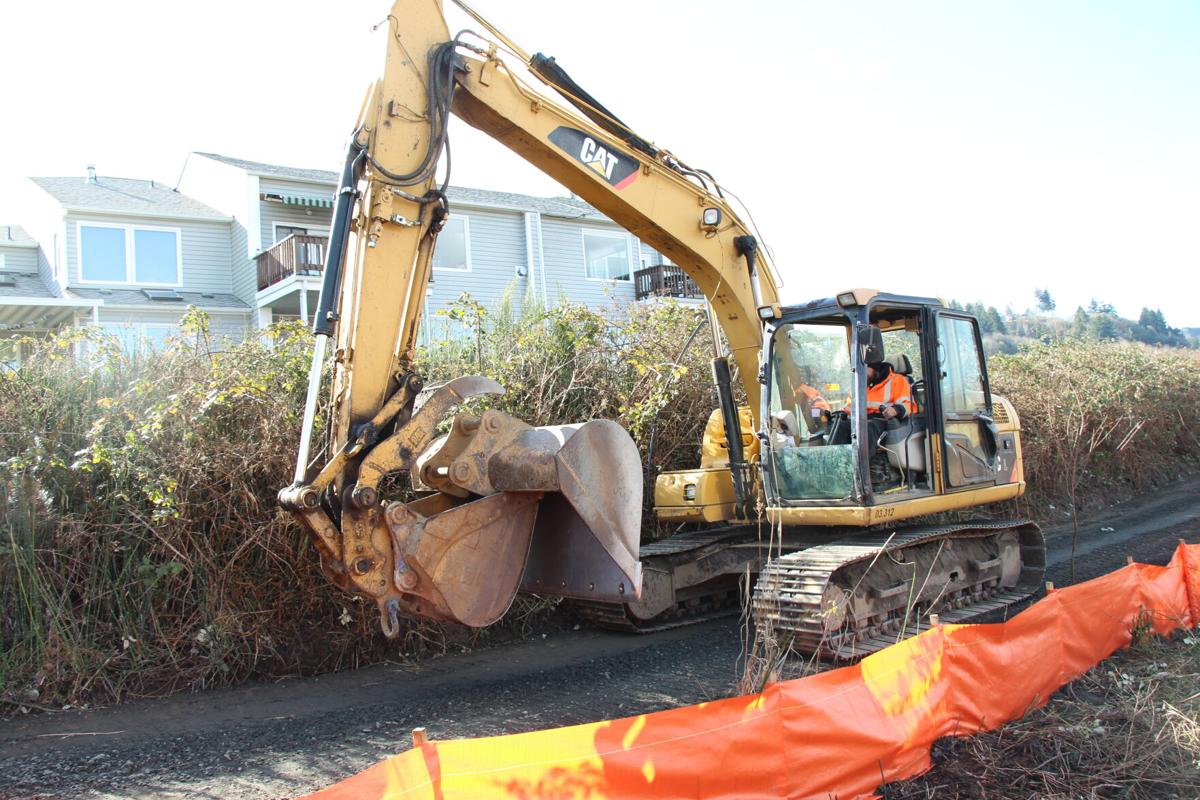 Large equipment can been seen along the Rainier riverfront as crews begin clearing the area to enhance the city’s trail system.

Rainier’s river trail project enhancements have began along the Columbia shoreline. Work crews are clearing away unwanted brush and large boulders to make way for a paved path through the natural setting.

Rainier City Administrator Scott Jorgensen said the riverfront project has been in the making for the past 19 years.

“What we want to do is increase recreational opportunities for folks around town so there is connectivity and more access for the handicapped, pedestrians, those bicycling, so that folks will be able to walk from the park to the post office to our A Street area businesses in a natural setting,” he said.

Rainier Major Jerry Cole said the Columbia River and the city’s riverfront walkway is an economic, environmental and health plus for the city.

“These trails add enjoyment to people’s lives and helps their health,” Cole told The Chief in an earlier interview. “People love that kind of stuff. They enjoy the outdoors and the river.”

Jorgensen said the trail enhancements give the city an advantage.

“It’s for residents to enjoy and it helps to bring people to our community,” Jorgensen said.

Crews are now working on the first phase of the trail enhancement, which is 720 feet heading from the city park south along the shoreline. Jorgensen said the second phase will be longer, an estimate is pending since that enhancement is still under design.

Jorgensen says the cost of the first two phases of the river path work will be approximately $200,000 that would be paid for through grants and if necessary, the city could use a portion of timber funds that are dedicated for capital improvements.

“So if we don’t get the grants, we are basically loaning money from the timber fund at zero percent interest and paying it back over time,” he said.

For Jorgensen, the development of the riverfront path is all about community livability.

“A goal of mind is to make Rainier attractive for young professionals with families,” he said. “One of the ways to do that is through promotions of active lifestyles. Thats why we have a parks committee forming because we have city properties throughout town that would allow us to provide more opportunities for the youth of the community.”

Jorgensen and Cole said they hope the city could develop interconnectivity of different trails in the city to take advance of the various city creeks and access to the Columbia River.

“You could take a bike and ride all over, or you could hike the trails all over the city if you wanted to,” Jorgensen said “The sky is truly the limit.”

According to Jorgensen, the city engaged in a collaboration with area residents, businesses, state and federal agencies in the planning and development of the riverfront trail project.

“It started with a vision,” Jorgensen said. “It has been a long-time priority for Mayor Cole and it is now becoming reality. It is a plan to enhance the daily lives of our residents.”

The current trail enhancement is expected to be completed by this coming summer.