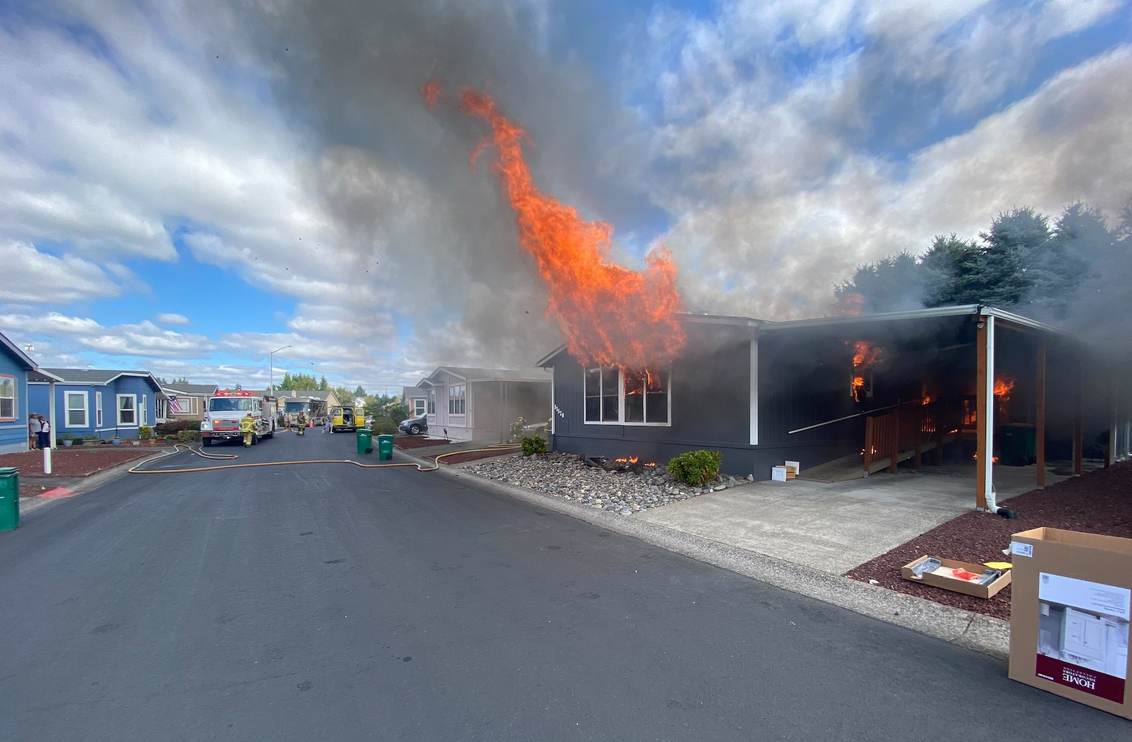 Firefighters arrived to find flames shooting form the front of this manufactured home in Scappoose. 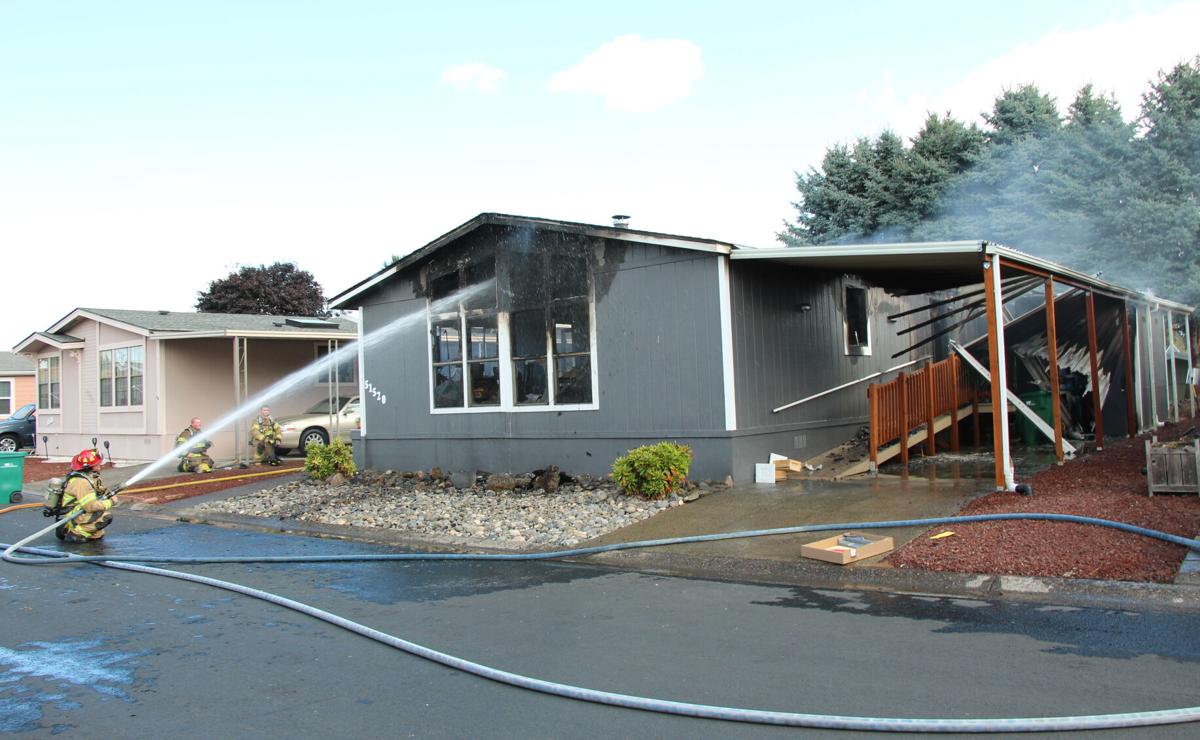 A member of the Scappose Fire crew points a hose with water into the home following the initial fire suppression effort. 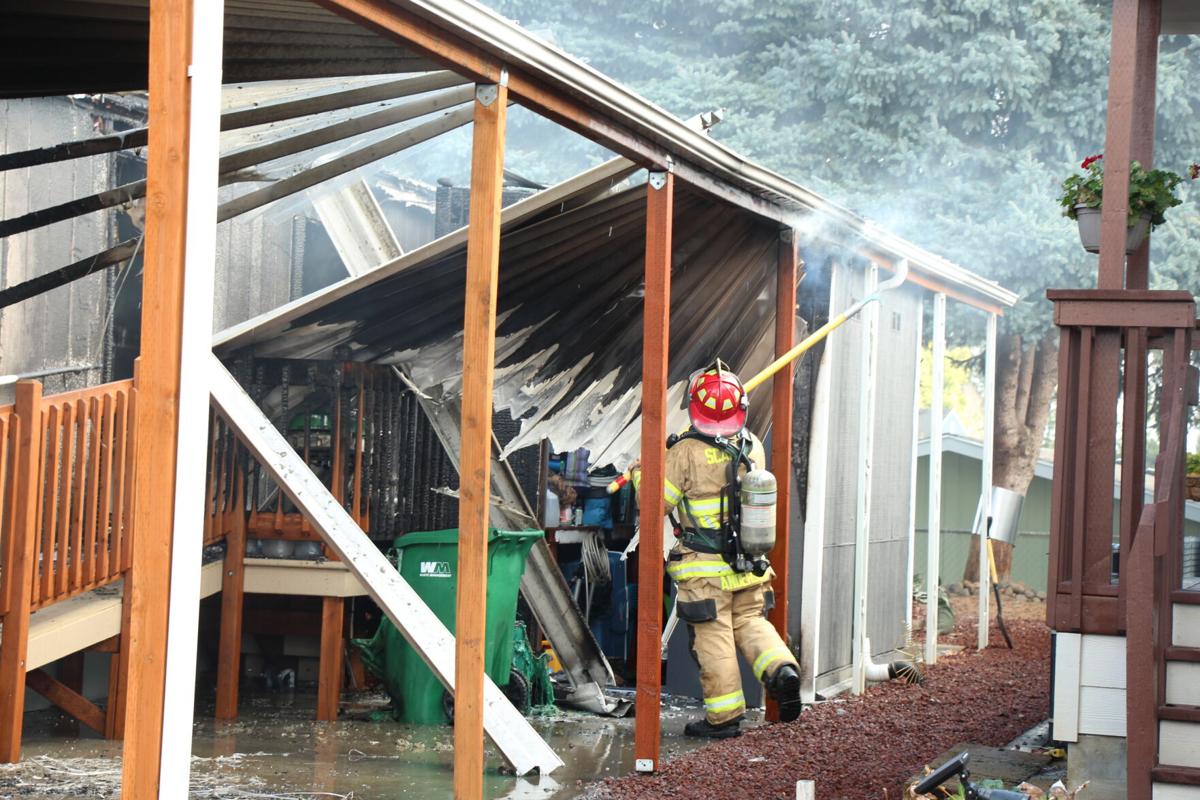 A firefighter uses a hose to extinguish flames in the back of the manufactured hoe. 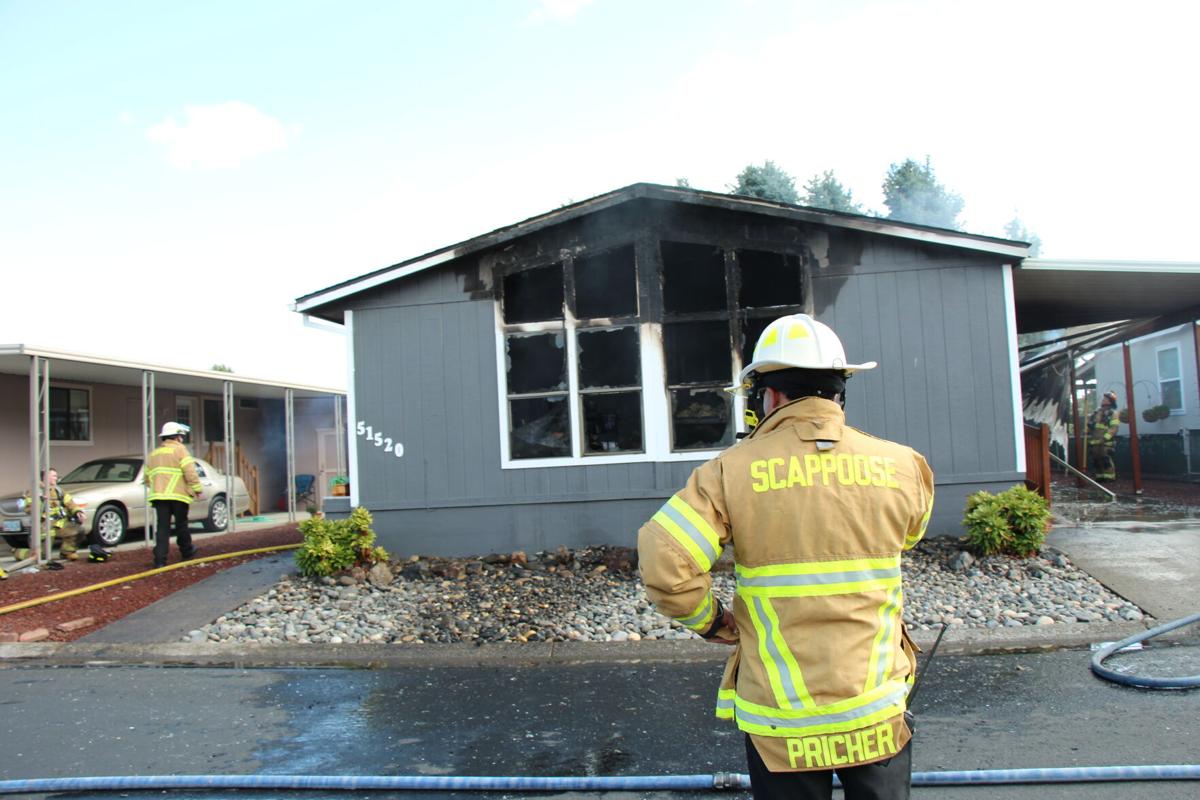 Scappoose Fire Chief Jeff Pricher looks over the damage done by the fire.

Inside, Scappoose Fire is urging residents to be alert about cooking fires.

Scappoose firefighters rushed to reports of a burning manufactured home just before 12 p.m. Monday, Sept. 13, in the 50000 block of 6th Street.

The initial call was burning material on the home’s stove. When crews arrived fire and smoke from inside the home could be seen fro a distance.

Additional crews responded to help put the blaze out. The structure is part of a manufactured home park with the units just feet apart. Quick action of Scappoose Fire crew members contained the blaze to the single home.

One person suffered burns to the hands and was transported by ambulance to a Portland hospital, according to fire officials on the scene of the blaze.

The cause of the fire is under investigation, however, the fire was deemed accidental.

Scappoose Fire District officials remind citizens when dealing with cooking oil fires, shut off the power to the stove and smother the flames by sliding the lid over the pan.

Never put water on a grease fire, and do not attempt to move the pan. The water can be super-heated and change to steam and can cause severe burns. Also, it can cause oil to splash up and spread the fire.

The damage estimate caused by the fire were not immediately available.