The state is experiencing a 32% increase in traffic fatalities compared to the same time last year, according to preliminary data released by the Oregon Department of Transportation.

Most areas of the state are currently approaching 2019 levels of traffic after falling sharply in the beginning months of the pandemic. And summer is traditionally a busy travel season, according to ODOT representatives Katherine Benenati. See the ODOT Traffic Volume Report attached. 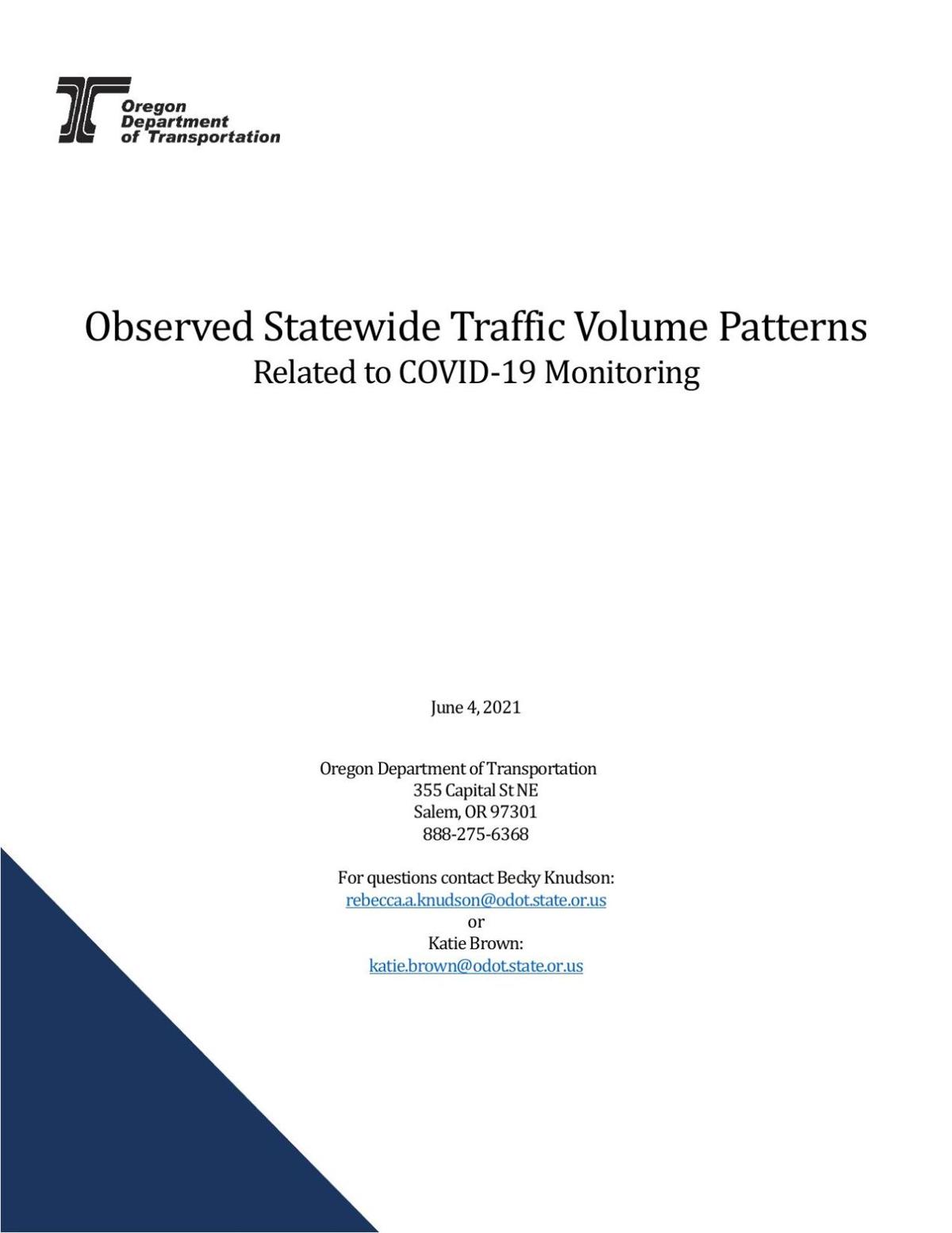 While the specific causes of the latest traffic fatalities vary according to individual law enforcement agencies, Benenati said in general driver behavior is a factor. Historically in Oregon, the leading cause of fatalities and serious injuries in traffic crashes is speeding, followed by alcohol or drug use, unrestrained occupants, and distracted driving. Often they involve more than one of these factors.

ODOT is urging drivers to be aware of their surroundings and use basic safe driving practices.

“The rules haven’t changed even if your commute has,” ODOT’s Highway Safety Section manager Traci Pearl said. “Wear your seat belt. Look out for others. Stay alert, and always drive, bike or walk sober. These actions can save lives.”

Look out for each other: Especially when approaching crosswalks or intersections, entering and exiting parking lots, and at stop signs.

When driving, yield to people riding bikes as you would to people driving or riding motorcycles. Remember they may be moving faster than you think.

When walking, bicycling or rolling try to be more visible by wearing bright or reflective clothing. Also, walk facing oncoming traffic as far to the right side of the road as safely possible for visibility; and walk on sidewalks whenever they are available.

Always assume the other person doesn’t see you. Stay predictable, travel defensively and be sure to make eye contact with people driving before crossing traffic. Look ahead for hazards or situations to avoid that may cause you to fall, like potholes, grates or train tracks.

Give extra room: When driving, remember people who bicycle need at least a three-foot buffer in order to pass them safely (it’s the law). If you cannot pass safely, you may need to slow down and wait until it is safe to do so.

Plan ahead: Map your route to give yourself extra time. Check TripCheck.com to be aware of any closures and traffic conditions and consider alternate routes that may have less traffic or may be easier to navigate.

"However you use the road," Pearl said, "remember to be considerate of others on the roadway, because sometimes following the law is not enough."