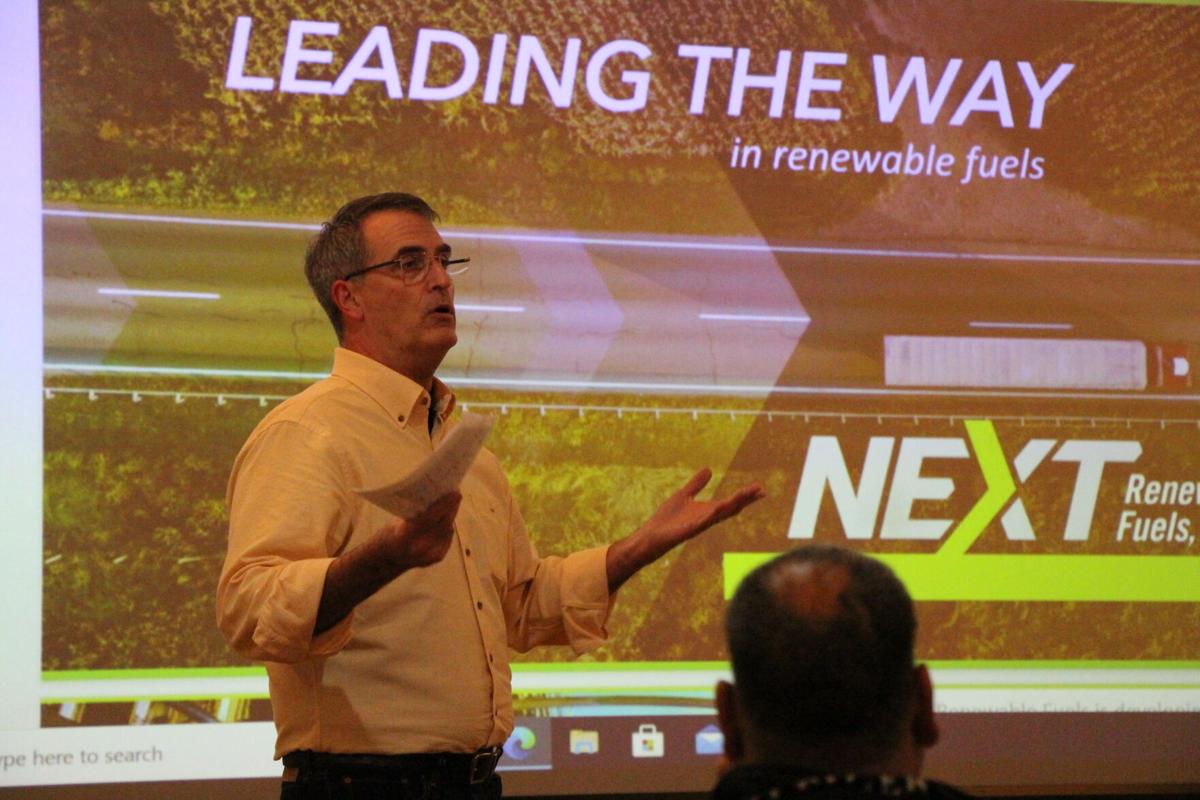 NEXT Renewable Fuels, Inc. CEO Chris Efird walked the audience through his presentation showcasing the benefits of renewable biodiesel fuel. 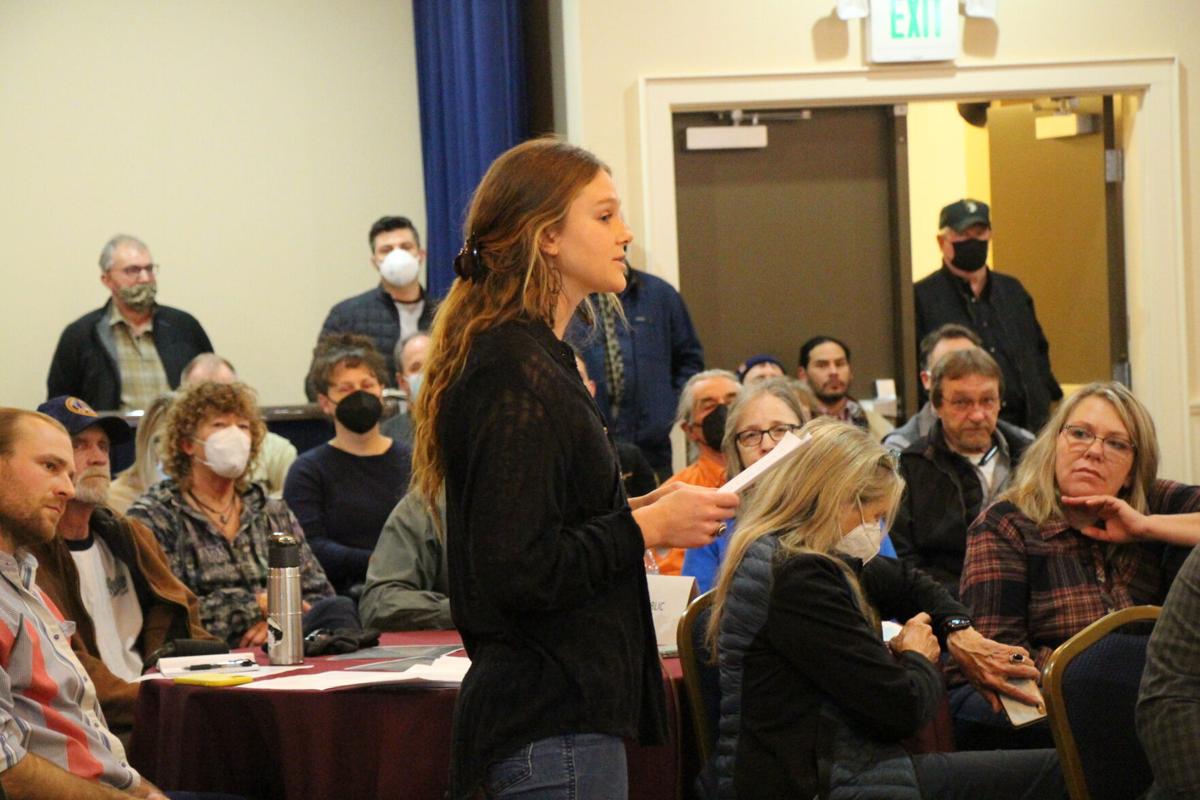 Jasmine Lillich speaks out against the NEXT proposal at the Tuesday, Jan. 11 meeting. 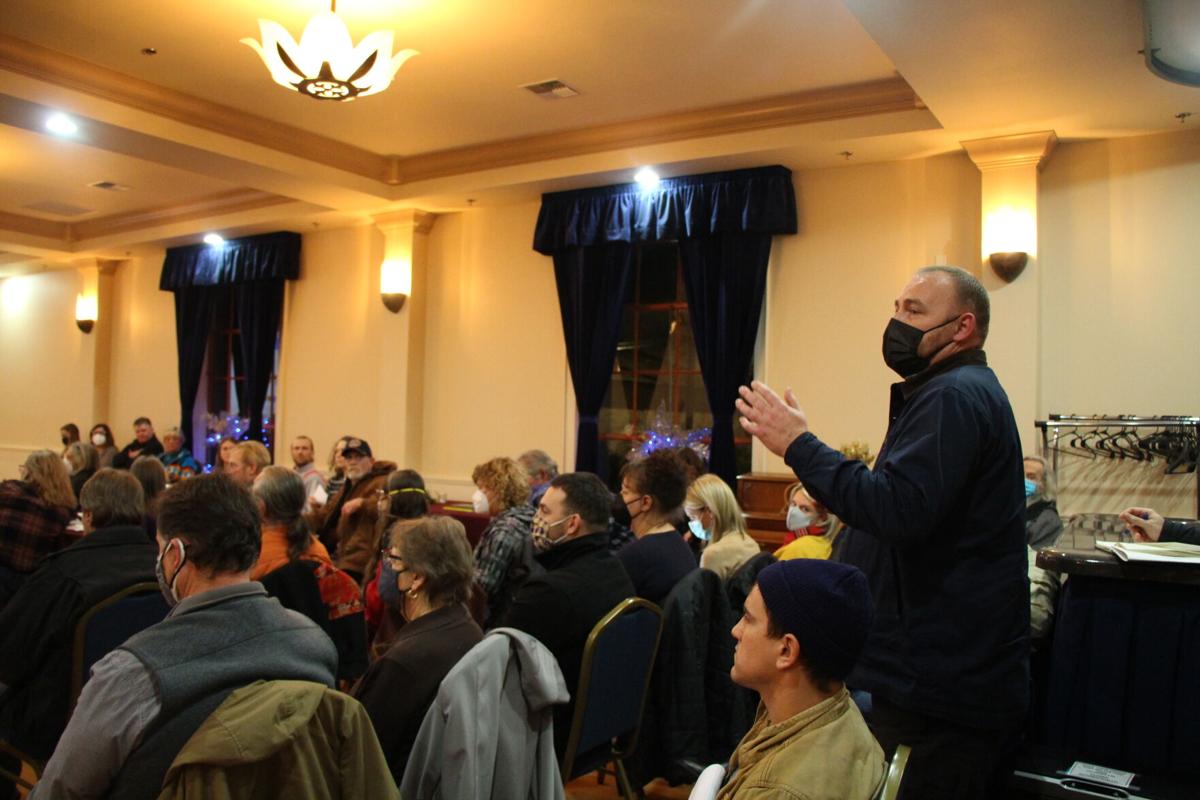 The special meeting, held by Clatskanie City Council over the development of the NEXT plant, attracted a large crowd of both opponents and proponents of the project.

The Clatskanie City Council will not be sending a letter to the Columbia County Board of Commissioners requesting a slowdown of the permitting process for NEXT Renewable Fuels, Inc.

On Tuesday, Jan. 11, at 7 p.m, the city council held a special meeting at Clatskanie Cultural Center, 75 South Nehalem street to hear a presentation from NEXT’s CEO Chris Efird, updating the council on the status of the $1.5 billion renewable diesel production facility proposed for Port Westward.

At the meeting’s conclusion, city councilors passed a motion to rescind the previous motion, made Jan. 5, which had formally requested the county board slow down the permitting process for the plant.

The special meeting drew an audience of community members and stakeholders, among them Jasmine Lillich and Brandon Schilling, staunch supporters and outspoken advocates of farmland preservation, Cathy Hurowitz, Clatskanie Middle/High School Superintendent, and Tony Hyde, board member of Columbia Economic Team, among others.

Parties on both sides of the aisle were given the opportunity to make statements for and against its development.

Members of the opposition expressed fears that biodiesel fuel production would be detrimental to surrounding wildlife, properties, and agriculture.

President of Beaver Drainage District Warren Seely called the mitigation site “a massive host site for agriculturally damaging weeds and pests,” and lodged concerns over the drainage of 650,000 gallons of wastewater the NEXT plant would produce.

Others expressed support for the project’s ability to bring economic prosperity to the city and increase tax revenue for schools, libraries, and the Clatskanie Rural Fire Protection District.

Hurowitz emphasized the potential gains for the school district should development go forward.

“I could say a lot about the project’s benefits but something I am particularly focused on is the project’s developing partnership with the school district to create a new science program,” she said. “Our students would have the opportunity to grow trees that are planted in the wetlands, or they could learn how to test the soil for nutrients or observe the biodiversity as the wetlands take shape.”

“Is it the final answer?” he said, in terms of the shift to renewable biodiesel fuel. “No, but it’s a path for the next 40, 50, 60 years to reduce our carbon footprint.”

Efird also said NEXT’s development will provide 240 community jobs, restore 450 acres of tree farm to natural wetlands, and falls under the rules and regulations of Cleaner Air Oregon, the Oregon Department of Environmental Quality’s initiative to restore, maintain, and enhance the quality of Oregon land, air, and water.

NEXT officials launched the plant project in 2016, and applications started in 2019 for official review, according to NEXT Renewable Fuels Director of Communications Michael Hinrichs.

Part of the process to obtain approval for the project includes thorough third-party evaluation of NEXT’s data, opportunities for a public dialogue, refinement of applications and designs, and inclusion of additional conditions if needed.

According to their website, NEXT officials forecast switching to renewable biodiesel fuels will reduce Oregon’s emissions equivalent to more than 1 million automobiles from the road.

If the project is approved, NEXT officials expect the plant construction to be completed by 2024.

The county board of commission has scheduled a public hearing for 10 a.m., Jan. 19 to review certain permitting needed to allow the plant.

Follow this developing story at thechiefnews.com and in Friday print editions of The Chief.