Large container ships, such as this one, are navigating up and down the Columbia River in an effort to replenish consumer supplies. 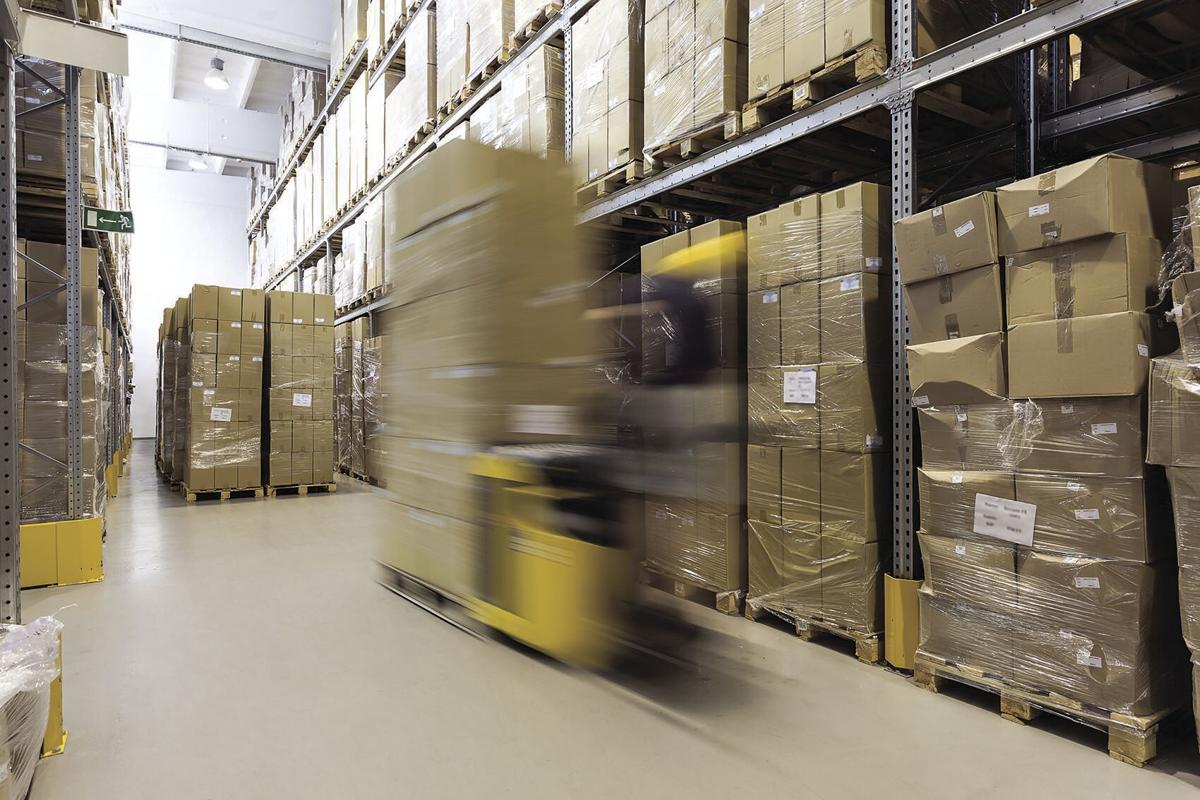 Some businesses in Columbia County are finding low supplies at warehouses.

A supply chain shortage, following the onset of the COVID-19 pandemic, has rattled Oregon.

With global shipping container prices rising and transport moving at crawl speed, the nation, its businesses and consumers are challenged by unprecedented goods and service delays.

The Chief reached out to several local businesses to find out how the supply chain shortage has affected daily operations and its customers.

The supply chain backups are the result of many issues coming together, according to Clatskanie Safeway Manager Jay Feeney.

“On the distribution side, our beer and wine company are short 20 drivers right now,” he said. “Nabisco had a strike and they're behind. Pepperidge Farms doesn't have the manpower or the ingredients to make anything right now, and they’re down to just a few items on the shelf.”

Nabisco and Pepperidge Farms products are hard to come by at Safeway locations, since a process that would normally take distributors a week is now taking two months or longer.

“I've been doing this for 47 years and I've never ever seen it this bad,” Feeney said.

“Last summer, it was lumber and lumber pricing, which went crazy. It went from a 400 to 500% increase in plywood and lumber costs, and that has now come back down to normal,” he said. “But we still have a really tough time getting other things like PVC pipe, plumbing products, electrical products. Windows are so far behind we quit selling them.”

For the past six months, the crew at Clatskanie Builders Supply has also been struggling to fill farm and fencing supplies orders.

“There are still a few things that we haven't gotten,” Keyser said. “It kind of shifts around a little bit. At first it was lumber and plywood, then it was farm and ranch-type fencing and now it's more plumbing and electrical. Just when you think something starts to get better, something else pops up.”

Keyser said that his store partnered with a local business to make up for the losses in inventory.

“We actually partnered with Dahlgren's in St. Helens to buy direct truckloads at times when we couldn't get things, and to share our inventory so that we're not out,” he said. “A lot of times we’ll buy a full truckload of something and split it. It’s one of the things we have to do.”

Clatskanie Builders Supply has responded to the supply chain shortage by adapting its business practices, according to Keyser.

“Right now, it's just a case of finding what we can, trying to have multiple sources for things, and spending every day looking at what my main vendors are out of and where else I can get it,” he said.

Keyser said he believes that the situation is looking up for now.

“I would say it's getting a lot better. But it's not done,” he said.

According to Beard, though the construction company has been occupied from day one of the pandemic, rising prices present yet another obstacle to the industry.

The Chief also spoke with other retailers in Columbia County experiencing similar difficulties.

“One-hundred percent of our business is based on product that we can get from our Ace Hardware warehouse that is located close to Yakima, Washington,” he said. “We’re dependent on what they’re able to get for suppliers. Right now, we’re running about fifty percent of what we ordered that we’re getting.”

According to Ketels, maintaining inventory was most challenging in the first few months of the pandemic.

“We order twice a week. Normally it just takes two or three days to get back in stock on something,” he said. “But during the pandemic and then with a certain category being out of stock, we’ve been out of certain products for three or four months.”

Breaking down the numbers

According to the Oregon Department of Transportation (ODOT) freight mobility data, 60% of goods leaving and 70% of goods coming into Oregon are transported across state lines.

Oregon Office of Economic Analysis Economist Josh Lehner breaks down the figures with a simple analogy.

“If you go to Home Depot, a lot of the wood you’re going to buy is locally made wood, right? But if you go to the grocery store and you buy bananas, you know none of the bananas are grown,” he said. “It’s a measure of what do we make and buy here versus what do we buy here that we have to import.”

Lehner said he believes a 14% spike in U.S. consumer spending, based on projections from 2017-2019 data, is responsible for the supply chain disruption.

Lehner writes in an Oct. 5 blog post that although U.S. production is returning to pre-pandemic levels, COVID-related supply chain issues, such as workers on sick leave, warehouses and factories operating at or near capacity, or a lack of employees can’t be resolved fast enough to keep up with customer demand.

In Lehner’s blog, he states that although supply chains are breaking down all over the nation, Oregon is protected, to a certain degree, from more severe downstream consequences.

“Here in Oregon we have good and bad news. Our manufacturers rely on imported intermediate goods less than most other states,” he said. “Additionally, the movement of freight is relatively smaller in Oregon than most other states. This means the supply chain problems disrupt a somewhat smaller slice of the regional economy than is the case in the Midwest, for example.”

When will the disruption end?

According to Lehner, a full recovery from the supply chain disruption could take several months.

“From an economic growth perspective what matters isn’t just when things normalize, but when do things stop getting worse. It is possible that we are currently at or near peak supply chain problems, but still quarters away from any return to normal,” he wrote.

Lehner also said there is a silver lining.

“The silver lining today is vendor delivery times are no longer worsening economy-wide — they’re terrible but not getting worse in recent months — and business investment is strong,” he wrote. “Supply chain improvements should be coming, but we’re a long way from normal.”

Follow this developing story at thechiefnews.com and in the Friday print editions of The Chief.