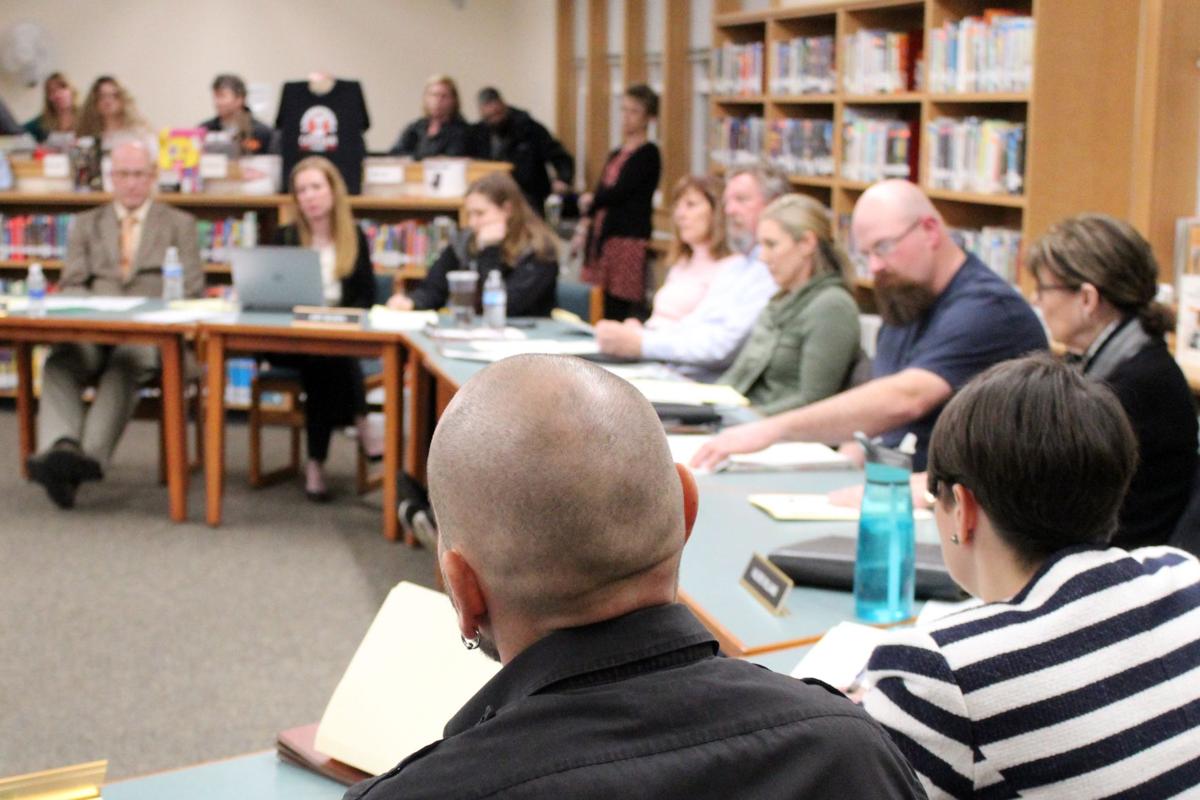 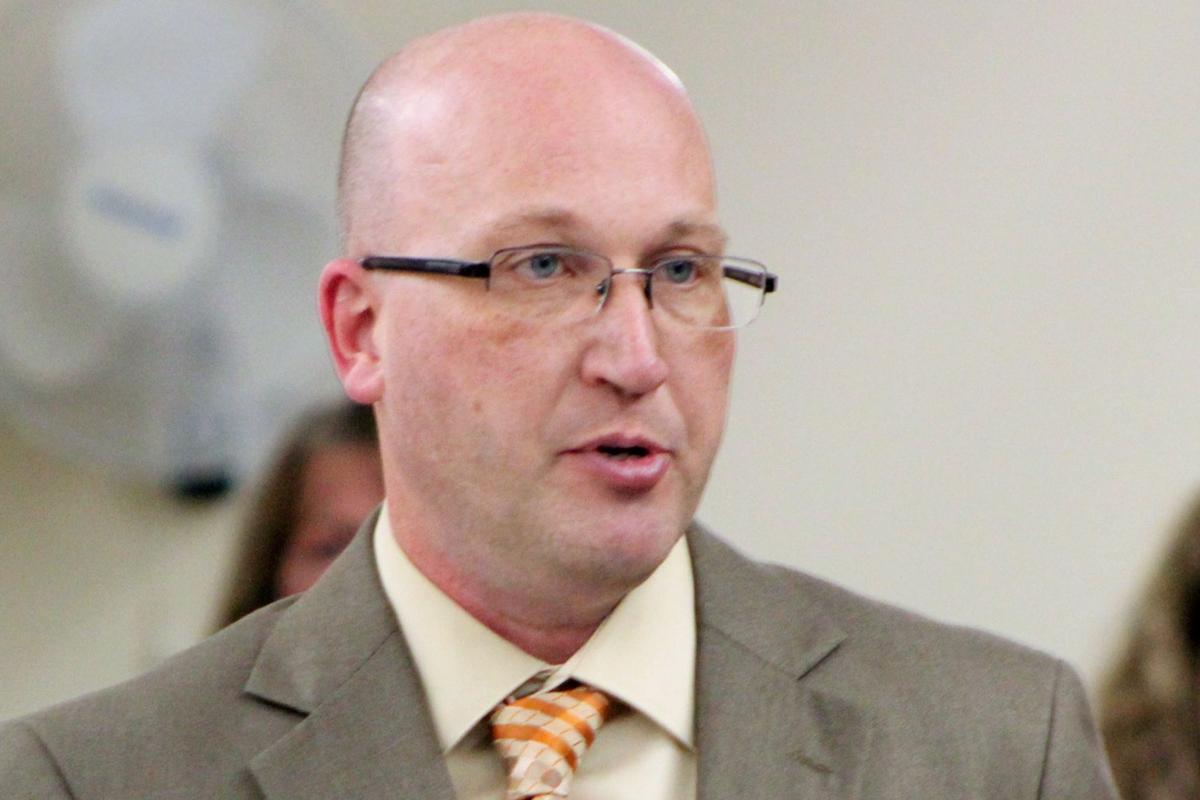 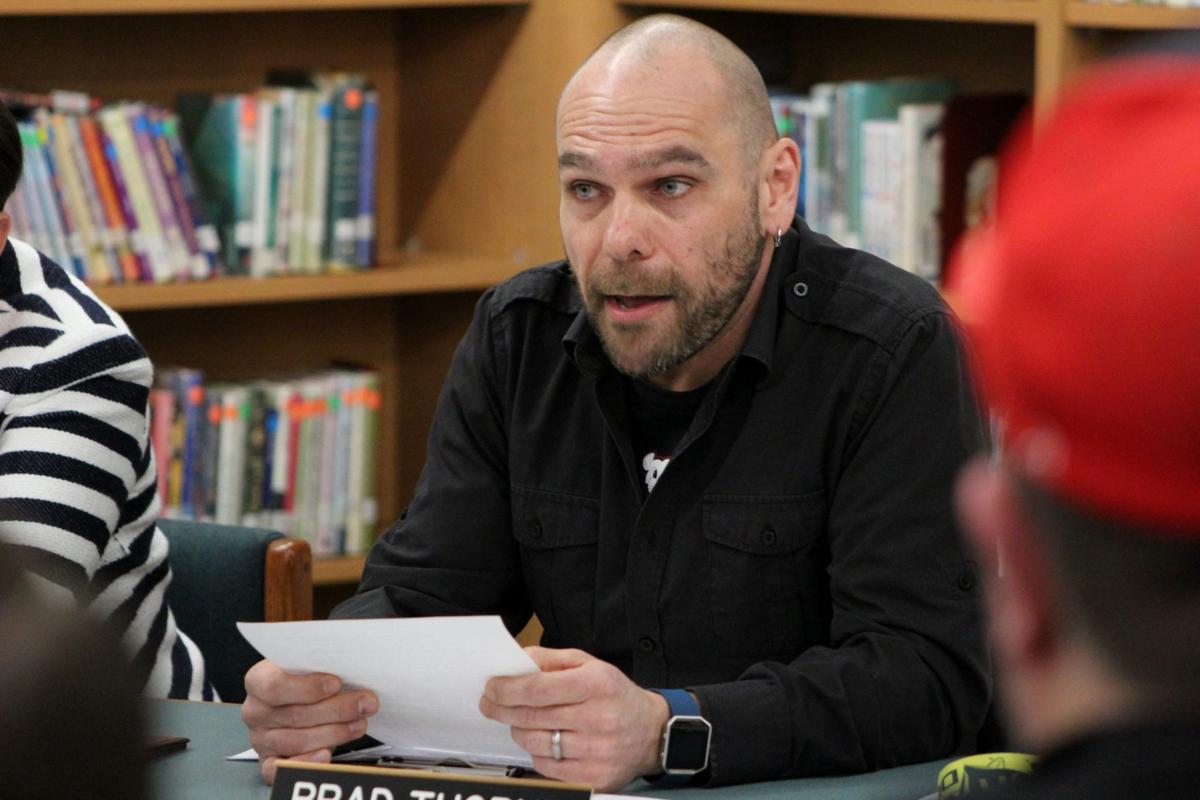 Clatskanie Elementary School Principal Brad Thorud reads from positive evaluations and disputes allegations against him during a Feb. 26 Clatskanie School Board meeting.

On the heels of complaints heard at a recent school board meeting and reverberating through the community, Clatskanie School District issued a statement disputing accusations that conflicts of interest swayed two board members to vote against renewing the elementary school principal’s employment contract.

According to the statement, the school district’s legal counsel reviewed the complaints and found that “the two board members do not have a conflict of interest as defined in Oregon law and board policy, and therefore, did not have the option to recuse themselves from voting on the non-renewal recommendation.”

At the Feb. 26 Clatskanie School Board meeting, Superintendent Lloyd Hartley recommended against keeping Clatskanie Elementary School Principal Brad Thorud on staff. Hartley alleged that in a January meeting, Thorud made a threat to Amy McNeil, Clatskanie Middle/High School principal, which could result in litigation.

An audience that filled the elementary school library was ushered out as the school board held a closed-door discussion about Thorud’s contract. Upon returning to hear the vote, several people in the crowd directed dismayed and angry comments at the board and Hartley.

Clatskanie School Board voted 3-2 against the contract renewal. Board members Monty Akin and Judy Skirvin opposed renewal, and board members Megan Evenson and Valerie Williams were in favor. Board Chair Walt Lovegren cast the final vote against Thorud.

Hartley confirmed that Skirvin was one of the school board members whose potential conflict of interest was reviewed by the district’s legal counsel. Audience members made complaints about her during and after the meeting.

Hartley declined to identify the other board member whose potential conflict of interest was reviewed, but he said both had brought possible issues to him voluntarily. “The board members, both of them, were doing their due diligence to see if they could vote or not,” Hartley said.

Hartley said he contacted the district’s lawyers prior to the Feb. 26 school board vote in order to address any conflicts of interest that might arise. “I gave them the stories about what people could be bringing up or some rumors that I had heard,” he said. “Our lawyers reviewed that before the hearing and said that it was OK, that there was no conflict of interest and they could vote.”

The Clatskanie School Board’s Conflict of Interest Policy can be reviewed online at http://policy.osba.org/clatskanie/AB/BBFA%20G1.PDF

In a divided decision, Clatskanie School Board voted against renewing the elementary school …

To the Editor: Brad Thorud a Clatskanie gem

To the Editor: Thorud a good leader

To the Editor: Support Mr. Thorud

To the Editor: Thanks CES Principal Thorud

Clatskanie students to march in support of Thorud

A number of community members joined high school students who left classes and marched in a show of support for Brad Thorud, Clatskanie Elemen…

School board meeting canceled due to “perceived threats”

A Clatskanie School Board meeting that was slated for Monday, April 9, was canceled due to “perceived threats,” according to a statement from …

The superintendent of Clatskanie School District, under fire since his recommendation against renewing the elementary school principal’s contr…

In response to his contract not being renewed, Clatskanie Elementary School Principal Brad Thorud recently made his personnel file available t…

According to the district Conflict of Interest policy only financial dealings can be conflicts. This is an absurdly narrow definition as conflicts of interest need not be matters of personal monetary gain. This policy need revamped asap.

Just when one thought most of the rot had been cut out of the berg yet another group in power decided to put power before the kids. What a wasteland and Peyton Place this is.