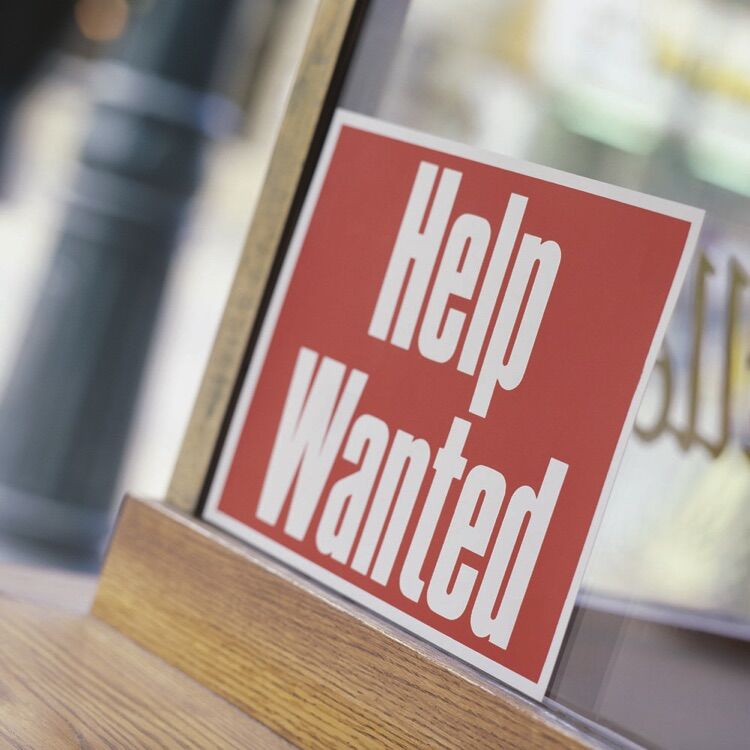 Some business operators continue to seek employees to allow them to open fully as the pandemic limitations are eased. 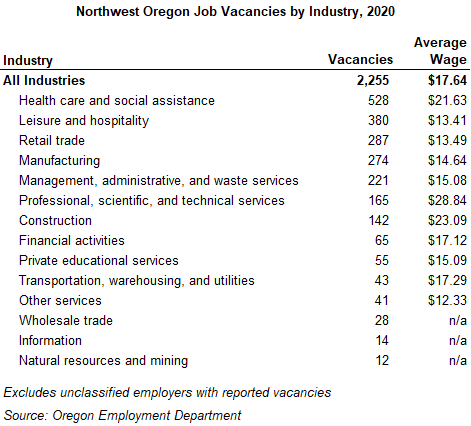 Columbia County is currently classified Moderate Risk under the state’s pandemic county classifications. That means employers face less restrictions, but at the same time some business operators say they don’t have enough employees to fully open their operations.

Knoder has complied a detailed report showing that Northwest Oregon had approximately 2,255 job vacancies in the private sector on an average day in 2020. This was a decrease from an average of 3,357 vacancies in 2019.

The industry with the most vacancies was health care and social assistance; it had an average of 528 job vacancies on any given day. These estimates for job vacancies came from a survey of 1,400 private-sector employers with two or more employees in Northwest Oregon during the year.

The 2,255 vacancies are estimated from point-in-time surveys. The survey is mailed to employers each quarter and respondents are asked about vacancies they have at that time. The responses from the four quarterly surveys were combined to make an estimate of the average number of vacancies during the year.

Two other large industries in Northwest Oregon were also near the top of the list for having the most job vacancies. Leisure and hospitality and retail took the number two and number three positions. Leisure and hospitality averaged 380 openings throughout 2020. Retail trade averaged 287 openings. These industries are among the largest in Northwest Oregon, so it’s no surprise that they had the most job vacancies in 2020, Knoder said.

The survey also revealed that the occupations with the most vacancies were maids and housekeepers (mostly in lodging); heavy and tractor-trailer truck drivers; nursing assistants; and meat, poultry, and fish cutters and trimmers (think seafood processing).

Fully 66% of job vacancies had either no educational requirement at all or required only a high school diploma. These vacancies also tended to offer lower pay.

According to Knoder, the 2020 vacancy survey reinforces other research that shows that Northwest Oregon job seekers can benefit by getting additional education and training at local community colleges, Jobs Corps Centers, and through apprenticeships.

To find out what local jobs are currently available, visit the Oregon Employment Department St. Helens website at: oregon.gov/EMPLOY/jobseekers/Pages/Find-a-Job.aspx.

The Dance: Clatskanie prepares for District

COVID-19: Vaccinations for kids 12 and older

The Dance: Clatskanie prepares for District

COVID-19: Vaccinations for kids 12 and older