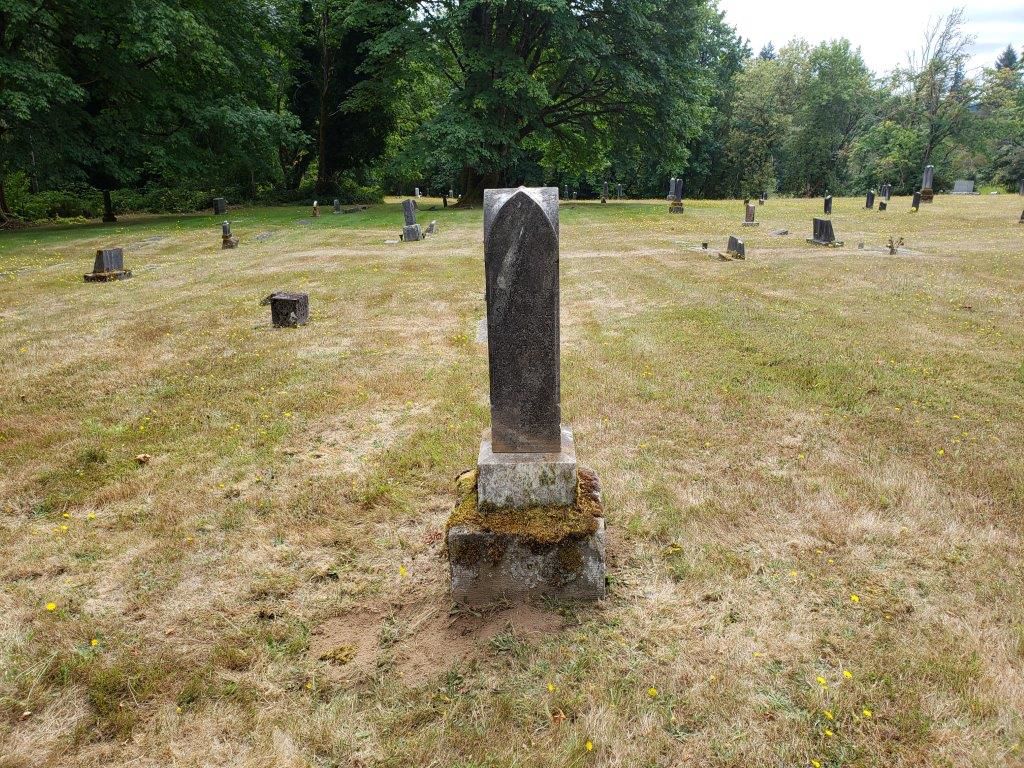 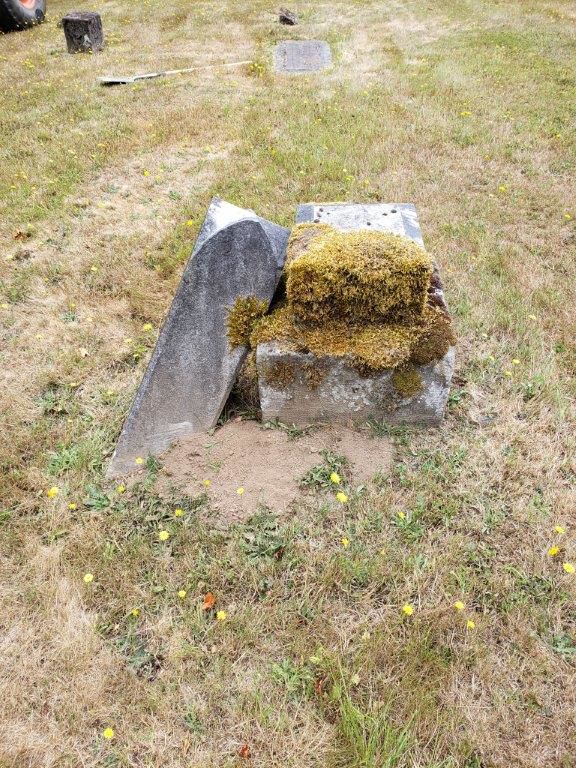 Cyndi Warren, district manager for the Rainier Cemetery District, along with the district’s sole employee, Kevin Crawford, sexton and manager, have known for a long time they needed more assistance with general upkeep of the district’s 12 cemeteries.

This past summer, they got that chance, after receiving the Internship Matching Grant, a grant from the Special Districts Association of Oregon (SDAO), for $2,700, which the district was able to match to hire an intern to assist with leveling, repairing and documenting all gravesites or markers at some of the district’s cemeteries.

That intern was meant to be a college student. However, after posting the position and not getting any responses, Cyndi Warren asked the SDAO for permission to expand the parameters a little and allow high school students to apply.

Permission was granted, and the chosen intern ended up being Cade Warren, Cyndi Warren’s son, who is now a senior at Clatskanie Middle/High School. He and Crawford worked from the end of July through all of August not only doing needed work, but also documenting each step of their progress along the way, a requirement of the grant.

The district, which has cemeteries throughout both Rainier and Clatskanie, has tried three times in recent years to increase the property tax which funds the district. As of now, the tax is set at seven cents per $1,000 of assessed value, a rate left over from the 1950s, according to Warren. Each time they have tried to raise the property tax, including during the most recent November election, the measure has failed.

Warren said the funding the district receives from its current property tax is not much, and more funds would be needed to hire people to take care of other work that needs to get done at all the cemeteries.

Kevin Crawford, the sexton and manager for the district, is usually in charge of general maintenance for all of the cemeteries, and his day-to-day tasks involve doing burials and keeping the record up to date. When he has time, he levels gravestones and clears brush, but as one person, he often can’t keep up with the work, and he said the district receives complaints from people about gravesites being overlooked, especially in outlying places.

Leveling gravestones, which means straightening up grave markers that have become slanted over time, involves using a lot of good-quality dirt, Crawford explained. So the first step of the project was getting entire truckloads of it. Three, to be exact, all hauled to the main cemetery, Stewart Creek.

“We used up all about a yard of it, and these are 15-yard loads,” Crawford said.

“A lot of them had to be tipped over, some of them were just leaning. We did a lot of hands-on work, did a lot of brush clearing,” Crawford said.

Crawford and Warren did work in a lot of cemeteries in the district, but mostly in Stewart Creek, according to Crawford. In total, Crawford estimates the two did work at 110 sites. As part of the project, they had to take “before” and “after” pictures of each grave site they improved.

As a result of their efforts, Crawford said the work was caught up through the fall.

If anything, Crawford, who usually works alone, was able to enjoy the company of another individual. He was especially pleased with Warren’s work.

“This student, he had a good work ethic, and was eager to learn. It wasn’t about the money, you could tell he was there to work and get things done and make a difference in the community he lives,” Crawford said.

Crawford is also grateful for the help.

“When I have help I get a lot more work done than I would have gotten done otherwise, especially in the time frame we did it. I’ve been working alone on this job. Before they had a sexton it was one guy and nine cemeteries, but with 12 cemeteries that is a lot harder to do, so those little things don’t get done at all,” Crawford said.

Working amongst old gravestones was a history lesson for both Crawford and Warren. One of the oldest death years they saw was 1890. The oldest in the district is from 1879, according to Crawford. There are other graves that are probably older, but they haven’t been recorded, Crawford said.

Crawford said he and Warren had a lot of conversations about what the people buried there may have lived through. One of the sites contains the remains of a Titanic survivor, a fact Crawford had known since he started working at the district.

Should the district get the chance to benefit from this grant, Crawford said he hopes they will take them up on the offer.

“We didn’t get everything done by a long shot. We did what we could do in a month,” Crawford said.

More work needs to get done, like leveling and brush clearing, and general maintenance that will always need to get done, Crawford explained.

Warren said the way grants work through SDAO, those who have been granted one year are less likely to receive it the next year.

In the future, Warren said the district is considering a name change, because having just “Rainier” in the title of their district makes people think that they don’t have property in Clatskanie as well.

“We’ve had to prioritize the cemeteries he can take care of on a daily basis. We have a couple that don’t even have burials anymore. It’s just one of those things where people don’t understand the need,” Warren said.