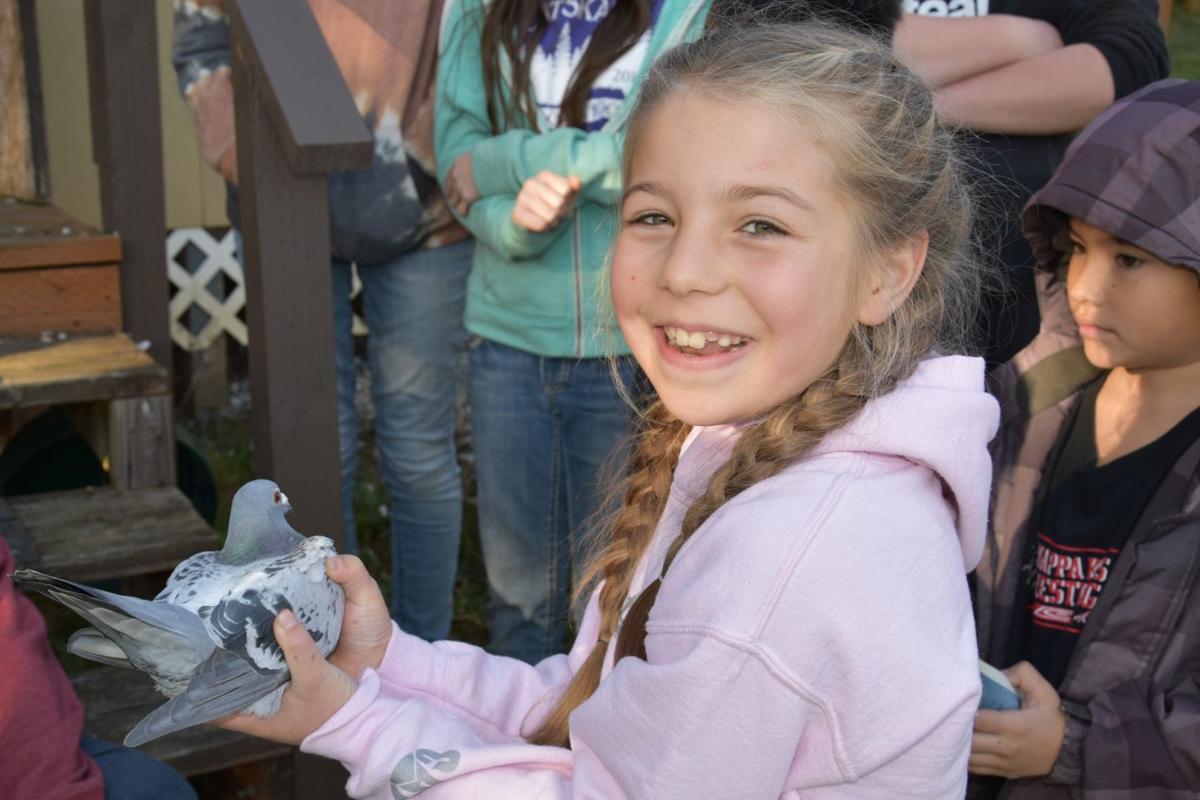 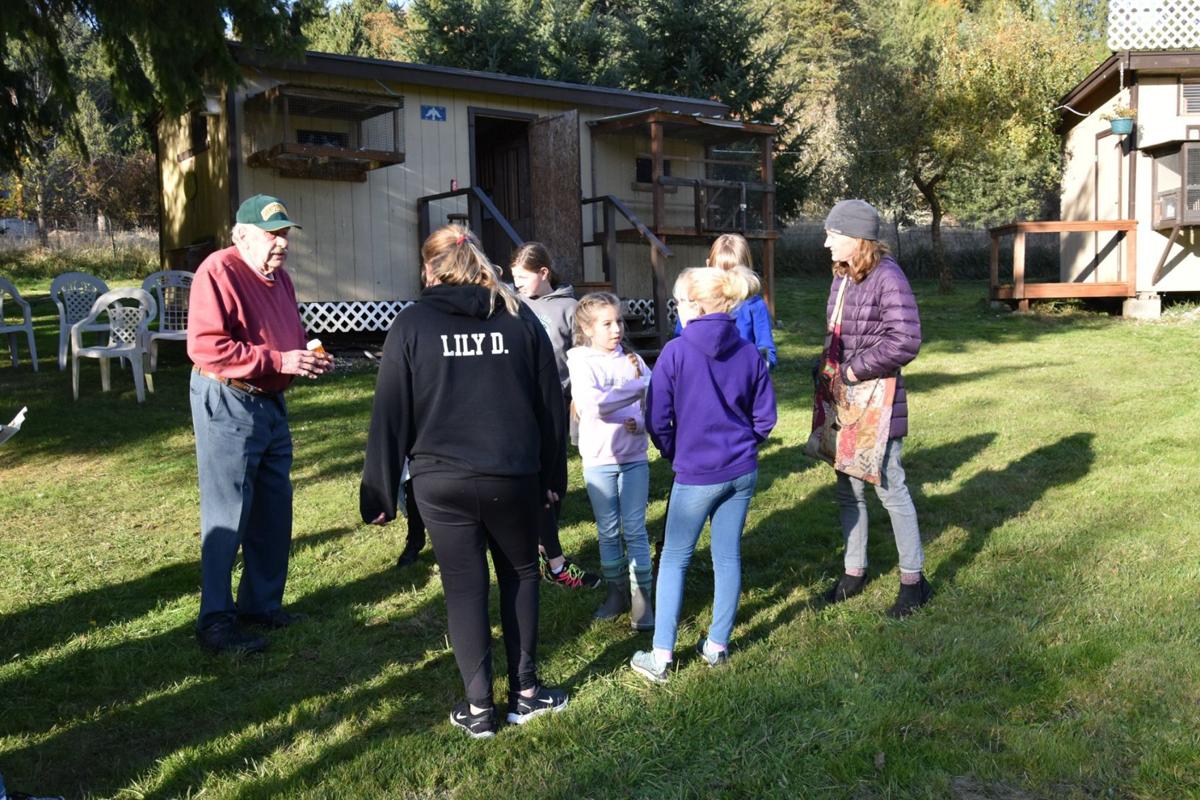 Youra taught the young readers about pigeon husbandry and training. 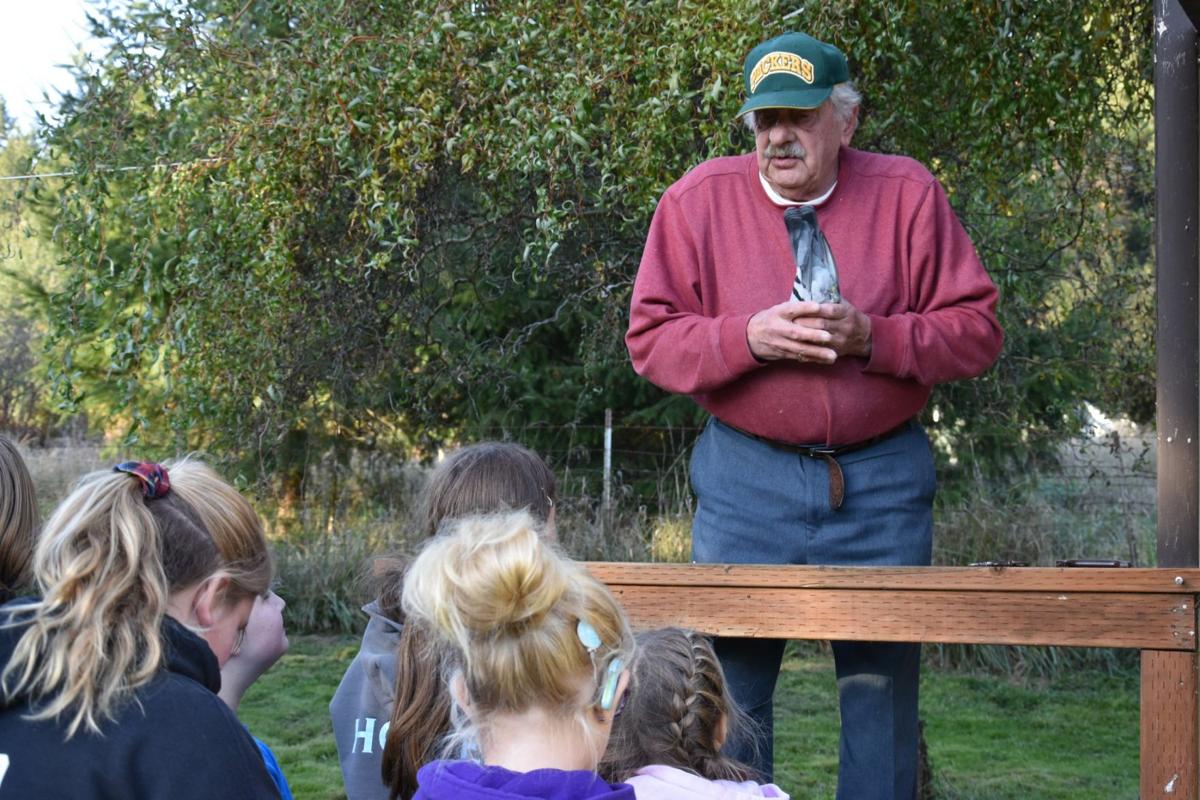 Youra taught the young readers about pigeon husbandry and training.

At the beginning of this month, the Clatskanie Youth Book Club had the chance to take a fieldtrip to immerse themselves in the world of the book they’d just read: Gay Neck, the Story of a Pigeon, by Dhan Gopal Mukerji.

A Newbery Medal winner for excellence in American children’s literature, the 1928 children’s novel deals with the life of Gay-Neck, a prized pigeon in India. Much of the book is based on the author’s childhood experiences with a flock of pigeons, and Mukerji wrote that “the message implicit in the book is that man and winged animals are brothers.” According to Wikipedia, the book offers insight into the life of an Indian boy of high caste and his training of pigeons in the early 1900s, with several chapters told from the pigeon’s perspective speaking in first person.

Clatskanie Library Clerk and Youth Book Club Mentor Becky White, who organizes the Youth Book Club comprised of both elementary age students and high school students, said the book was chosen for both age groups to read after local Fritz Youra approached her and asked if she’d like to bring the kids to his home sometime to see his pigeons.

Much like in the book, Youra raises pigeons … racing pigeons to be precise.

“He has this amazing setup for racing pigeons and some of them can be quite valuable. The prizes are high dollar,” White said. “He’s been at it for decades and his partner, Howard, has been raising pigeons since he was 12.”

The Youth Book Club was founded three years ago in February due to community interest as there were kids who had aged out of the library’s regular Wednesday story time for preschoolers. White said providing these amazing follow-up experiences to reading the books, like taking the children to see Youra’s pigeons, is exactly what they’re trying to do more of this year.

“We want to really connect them to the story in meaningful ways. It turns out big kids like to do hands-on stuff, too,” White said.

Youra and his partner taught the young readers about pigeon husbandry and how he breeds and selects them for different traits. White said he has two lofts, one for breeding and one for racing, and though he doesn’t name them, they are all numbered and tracked. White said his pigeons have raced over 400 miles.

“This book – to be able to see this happen – it’s based on the author’s true childhood experience, but it’s fictionalized,” White said. “The pigeon traveled all over India, but he went back to the boy. Is that realistic?”

Youra told the students it was possible.

To demonstrate how the pigeons returned, Howard went out and released a small flock of pigeons from 15 miles away and the kids were able to watch them fly back to their loft. White said it only took five minutes. Youra also had some pigeons the children were able to handle.

“They’re sort of slippery fish and would get away from the kids, and I thought, ‘oh my gosh, they got away’ but they would just flock up and circle around and then go back to their loft,” White said. “The kids got to see that they stay.”

By the end of the hour and a half stay, Youra promised the children that if they were really interested in racing pigeons, he would give them all a starter pair. White laughed when she explained she had to tell the parents, “Yes, if they told you that, that’s true.”

Ultimately, White was thrilled with the experience her young readers had with Youra, his partner, and their racing pigeons. She said it’s difficult to choose books that both age groups can read. (The students are separated into two groups. The Junior Book Squirrels for the elementary age kids, and The Nerd Herd for the high school age students.) Sometimes the groups read separate books, but they all read Gay Neck.

“Not every single kid enjoys every book. Sometimes it’s not their chosen genre, but even the ones who usually kind of express ‘it’s not really my thing’ – once they got there and could see the real-life birds, they kind of got it,” White said.

“It’s totally cool in my group to say, ‘I dislike this book’ but you have to tell me why,” White said with humor in her voice. “These kids are so insightful, and I get all kinds of funny stories every month.”

The Youth Book Club meets at the library on the first Sunday of every month between 4 p.m. and 7 p.m.