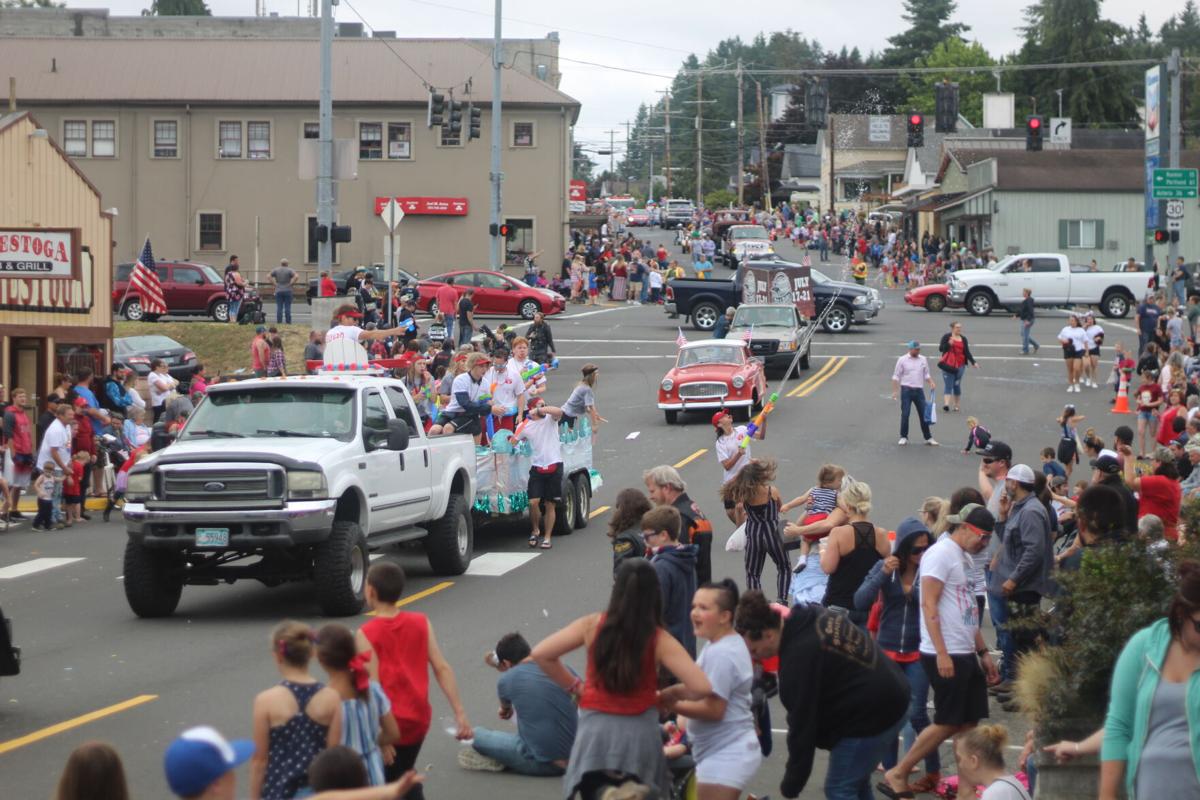 The annual Clatskanie Heritage Days draws many to the downtown for a community parade from Clatskanie Elementary School to the Clatskanie City Park. 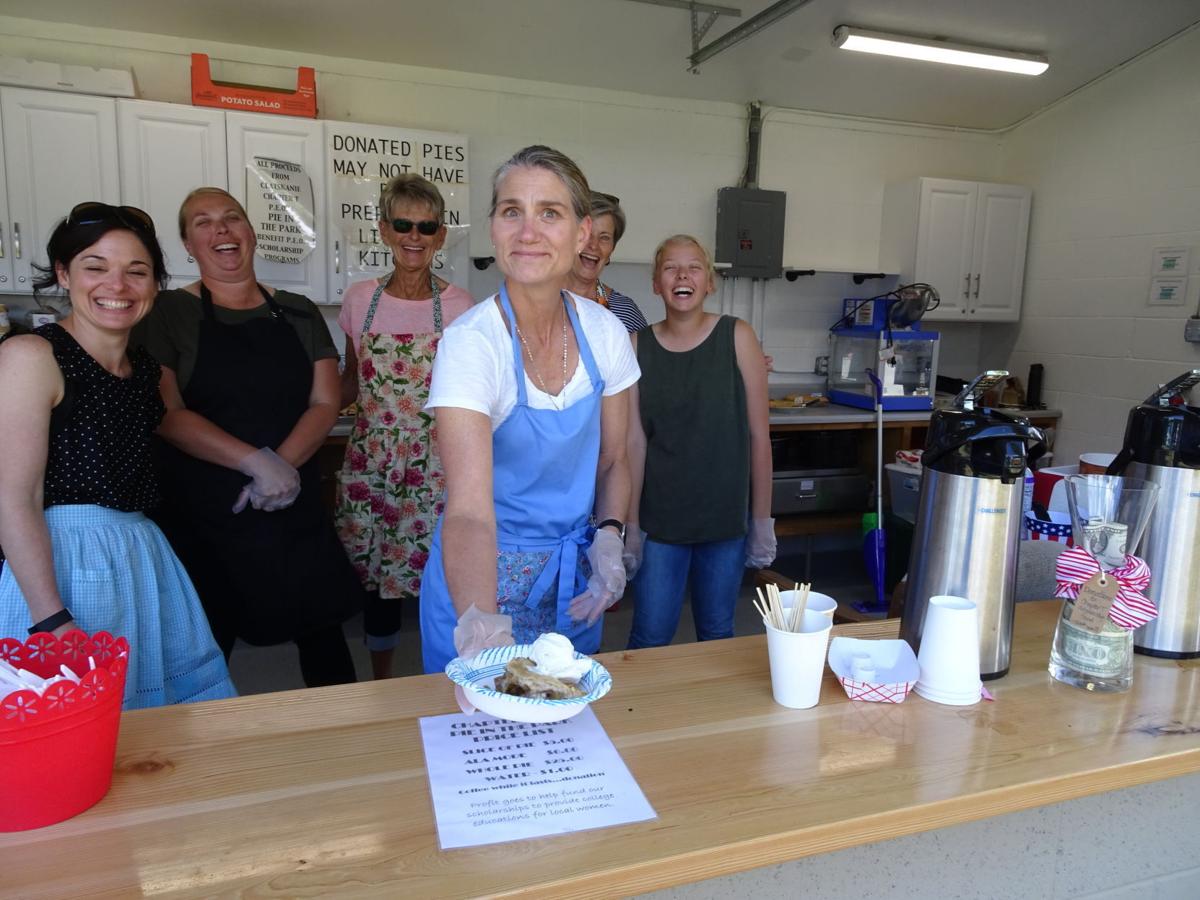 Becki Horness serves up a slice of pie during the Heritage Days Celebration in 2019 at Clatskanie City Park. 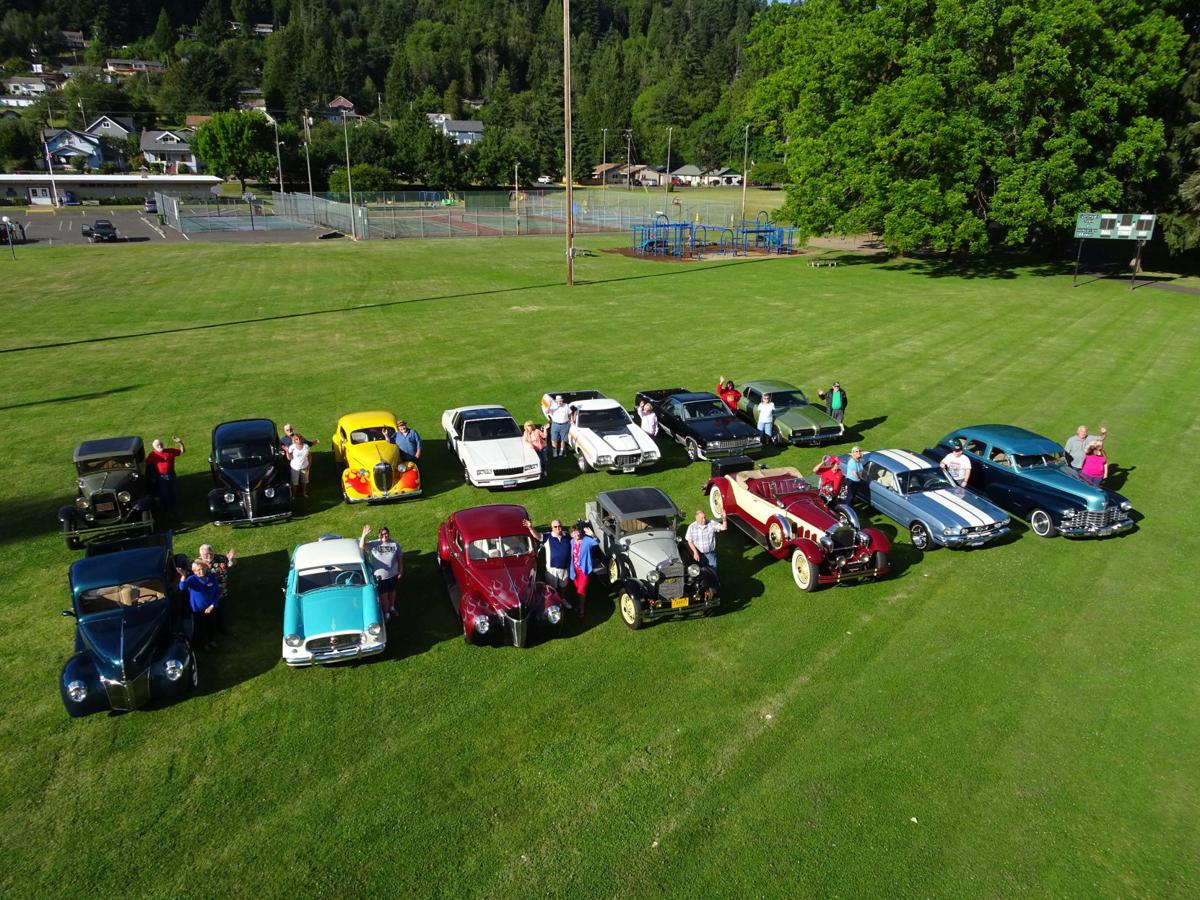 Car buffs show off their vintage vehicles for a photo at Clatskanie City Park. The cars are part of the annual Heritage Days Celebration Clatskanie Cruisers Car Show and Shine.

“It is with great sadness that due to the ongoing COVID restrictions situation; we will be unable to hold Heritage Days events this summer,” the Clatskanie Heritage Days Committee stated in a released issue in early May.

The poplar community celebration, which includes a citywide parade, car show, the Clatskanie City Park filled with food booths and other vendors and a fireworks display at dusk on Independence Day, were all cancelled this summer due to the pandemic.

All that will change in the summer of 2022, as Heritage Days returns in full force.

That school involvement could resurrect the Heritage Days Court, made up of Clatskanie High School students. A lack of interest about five years ago cancelled the court, but Smiley believes there could be new interest from current high school students to bring the court back as part of the community celebration.

Smiley said the Heritage Days Committee is also reviewing other activities and events for the 2022 celebration.

“We want to bring activities to the city park and so we are looking for opportunities in that area,” Smiley said. “We had a few ideas that didn’t take place in 2020 and we will revisit those ideas, which include donkey basketball, magicians, a roaring 20s band.”

Smiley said she is hopeful all of the traditional Heritage Days events, including the citywide parade will be back.

“We are looking to see if the military flyovers could be part of the Fourth of July to start the parade,” she said.

The Heritage Days signature beginning, according to Smiley, is the annual car show conducted the last Saturday of June that fills the city park with a variety of vintage vehicles. There is also the All Class Reunion to be held at Clatskanie City Park the Sunday following the car show.

During the Fourth of June weekend, the city park fills will food booths, including the popular local pie selling booth, family games, vendors and displays and a fireworks display above the park at dusk on Independence Day.

Smiley said she and the Heritage Days Committee are working to bring back all of those favorite events and activities.

Heritage Days began in 1959 following drownings in the Clatskanie River.

“It was a sad loss for the community,” Smily said.

Soon after the drownings, a fundraiser was held on July 4 with a community barbecue to raise money to build a city swimming pool.

“They raised enough money to build the pool and the event went over so well that they began holding Heritage Days each summer,” Smiley said. “Now it is a celebration of the community. The Clatskanie Chamber of Commerce took it over and has been organizing it since the 80s. It has always been a community function under different groups.”

Smiley said she and her husband has been involved in Heritage Days for years.

“It is important to us,” she said. “I am a fourth generation of the community. It was an event that was important to me as a child. I enjoyed it and now I just wanted to do my part to give back. My husband and I work hard with a great group of people to make it all work.”

Smiley said the work to produce Heritage Days each year is rewarding.

“I do it to see the people enjoy themselves and it has always been a time for us to come back to the community and see the kids enjoy themselves,” she said. “The fireworks is a nice grand finale to the event.”

Fundraisers are held annually, such as a bark dust sale, to help raise the funding needed to continue Heritage days each year.

“It is a community celebration totally supported by donations and vendors,” Smiley said.

Follow planning for the 2022 Heritage Days at the Clatskanie Heritage Days Facebook page and read updates at thechiefnews.com and in the Friday print editions of The Chief.

"We want to bring as much of Heritage Days back to the community as we can."